Act combines civic responsibility with belief that 'God does matter' 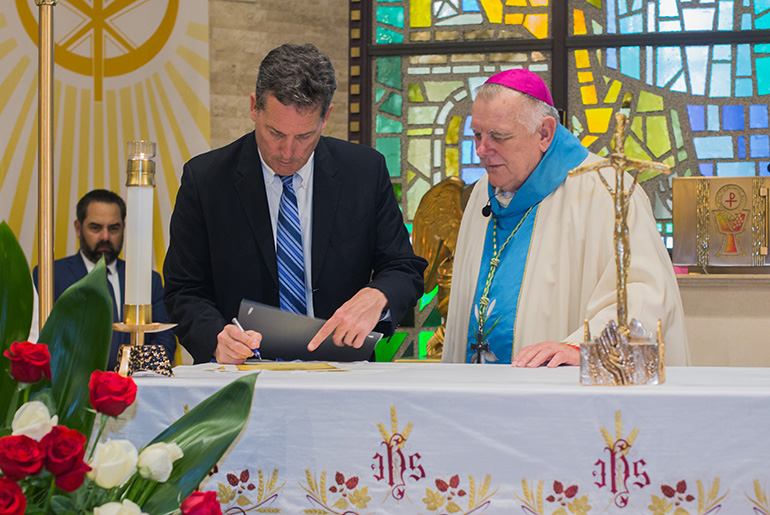 KEY BISCAYNE | Archbishop Thomas Wenski has placed the Village of Key Biscayne under the protection of the sacred hearts of Jesus and Mary.

“Today’s act of consecration brings together citizens to pray for their village,” the archbishop said as he led the consecration ceremony during a Mass at St. Agnes Church May 31. “This is an expression of the First Amendment right of our nation’s constitution. Praying for our country and for the communities in which we live, praying not for any partisan advantage or cause, but for the common good, is an expression of civic responsibility on the part of those who do believe that God does matter.” 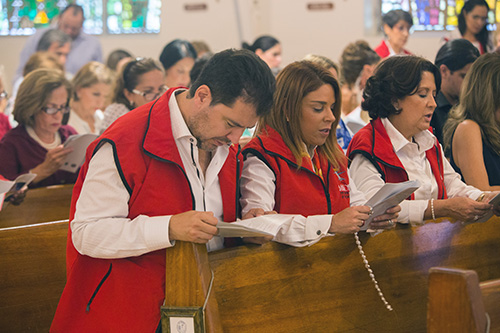 Fabrizio and Monica Acquaviva, of Mission for the Love of God Worldwide, pray the rosary before the Mass where Archbishop Thomas Wenski consecrated the Village of Key Biscayne to the Sacred Hearts of Jesus and Mary.

Key Biscayne is Florida’s southernmost barrier island. It is a relatively small, diverse community of 12,000 people representing a mosaic of nations.

“Globalization is affecting everybody in every corner of the world,” the archbishop said. “Globalization has made us neighbors, but it hasn’t necessarily made us brothers and sisters. This explains why we come to this church to consecrate Key Biscayne to the hearts of Jesus and Mary.”

Members of For the Love of God Worldwide organized the event. The group is a private association of the faithful, made up of committed laity and clergy who, reacting to the current state of the world, seek to promote awareness of human beings’ dignity as children of God, according to Monica Kuljich, coordinator of the South Florida mission.

“There are four cornerstones of the mission,” she said. “They are consecration, metanoia or personal change, prayer from the heart, and good works. We bring an image of our mission’s patroness, Our Lady of Guadalupe, to people’s homes where she is enthroned or put in a place of honor. We pray with them for peace in their home. She helps to heal broken families and helps with other situations. We also organize prayer cenacles.” 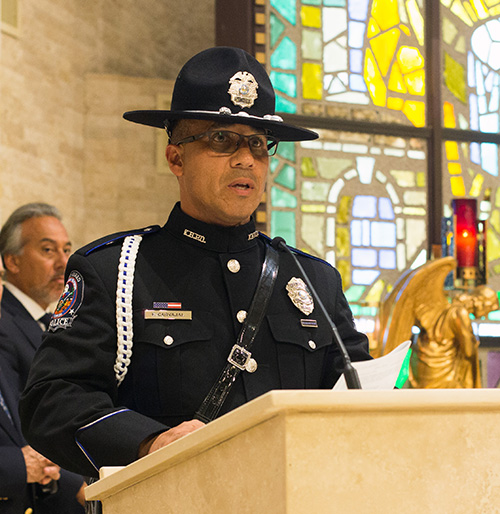 Key Biscayne Honor Guard member, Officer Frank Carvajal, reads one of the Prayers of the Faithful during the Mass of consecration for the Village of Key Biscayne.

A unique ministry of the mission is to political leaders, government officials, lawmakers and the judiciary as well as to business leaders and the military forces of a nation.

“We believe that consecration brings many graces to a community, including conversions,” said Kuljich.

The consecration Mass, celebrated on the feast of the visitation of the Blessed Virgin Mary, began with a Key Biscayne Police Honor Guard carrying the U.S. and Florida flags into the church. The Mass began with the Pledge of Allegiance and national anthem.

Village Mayor Michael Davey and council members Luis Lauredo and Katie Petros sat in the first row of the church. Lauredo and other Key Biscayne officials, including Fire Chief Eric Lang and Police Officer Frank Carvajal, were among those who read the Prayers of the Faithful.

Kuljich said that she joined the mission after hearing the group’s founder, John Rick Miller, speak in 2009 at St. Agnes Church. “I was very impressed by his speech,” she said.

Miller had been CEO of several companies, including AstraZeneca and Cargill MacMillan, and managing director of the International Monetary Fund. He also collaborated with the U.S. State Department in projects to revitalize trade and industry in Egypt.

“He had a massive conversion which began in 1988,” said Kuljich. “Miller felt a burning call to visit the apparition site at Medjugorje. Much to his surprise he received a vision of the Blessed Virgin Mary and Jesus Christ. He clearly heard a call to convert his life to God.”

He founded Mission for the Love of God Worldwide in 2009 as a call to all people to understand that God exists and that He loves us and that we must return to Him in all things. The mission is established in 21 countries worldwide. 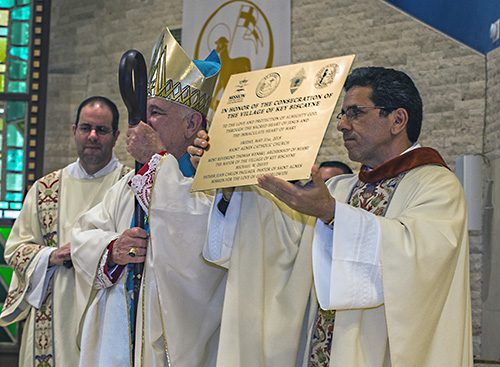 “We pray the Sorrowful Mysteries for conversion and peace in the world,” said Kuljich. “We also seek the establishment of prayer cenacles. Through the years I have become more involved in the mission.”

At the end of the Mass, Mayor Davey and Archbishop Wenski signed a document proclaiming the consecration of the Village of Key Biscayne. St. Agnes’ pastor, Father Juan Carlos Paguaga, held up a plaque for everyone to see which commemorated the consecration.

“Today is a very special moment for our St. Agnes Church, established in 1954, and our village,” he said.

In 2011, the Village of Key Biscayne was consecrated in an ecumenical celebration. It wasn’t a Mass, but a blessing and a prayer. The cities of Doral, Miami,Hialeah, Fort Lauderdale, and Miami-Dade County, which includes 35 cities, also were consecrated in recent years. Worldwide, six countries, more than 60 cities and states, 18 military forces, 23 police departments, 119 government leaders and ministries have been consecrated.

For the Love of God’s website offers an online perpetual adoration and rosary that are accessible 24/7. 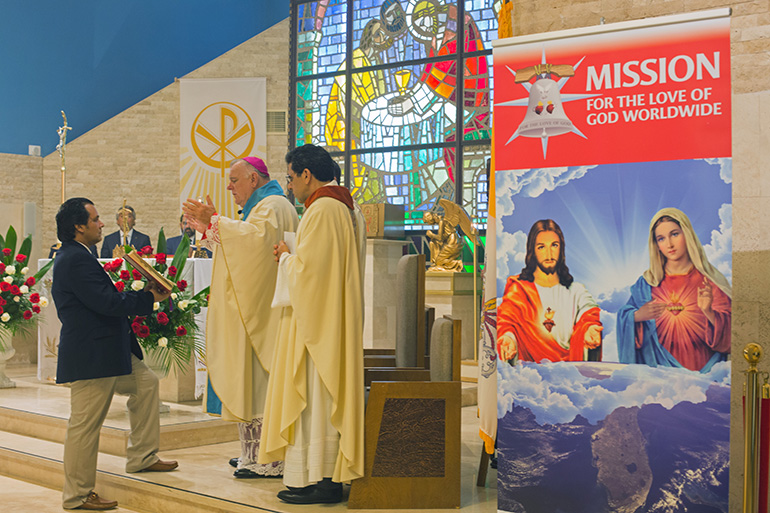 Other News from St. Agnes Church