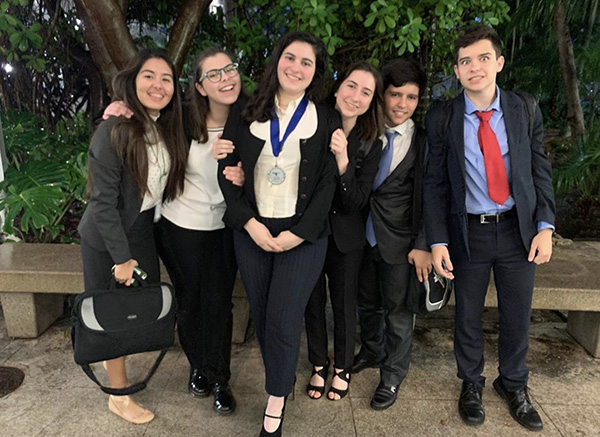 Her topic at districts: Resolved: States ought to eliminate their nuclear arsenals. Her topic at states will be: Resolved: Predictive policing is unjust.

The ILS Royals Debate Team also will be traveling to Harvard University for the 46th annual Harvard National Debate Tournament during President’s Day Weekend. This will be the 12th time that ILS competes in this tournament.

The Harvard invitational is one of the largest tournaments on the national circuit, with over 430 entries and 310 competitors in Public Forum.

“I’m so excited to go with the team to Harvard. It’s something I look forward to every year and I hope this year is the best because it’s my last year with the team,” said Perez.

Students get chosen based on overall win-lose records and seniority.

“The team is preparing very rigorously for the tournament,” Perez said. “In the days before, the Harvard team will meet every day after school to go over some arguments and fix up our cases. It’s both the most stressful and fun part of the whole Harvard experience.”

This article was written by Victoria Betancourt, who is on the staff of the Royal Courier, the student news site of Immaculata-La Salle High School.