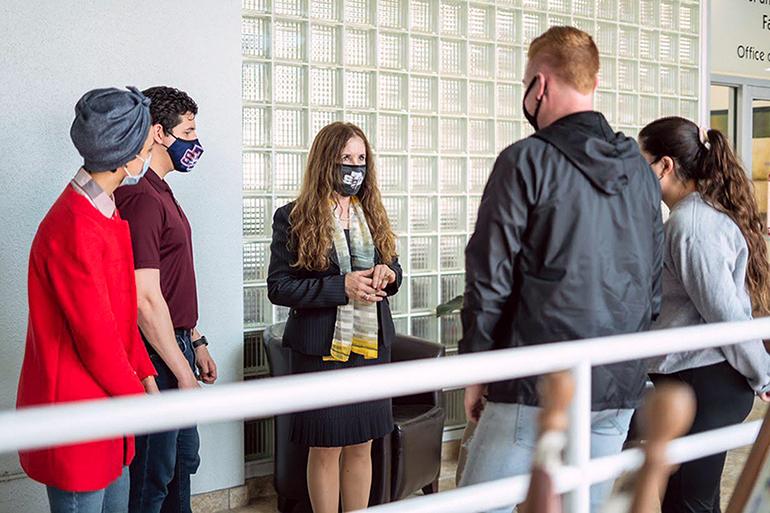 That is the assessment of a Miami law professor and newly appointed member of Pope Francis’ Dicastery for Promoting Integral Human Development, created in 2016 through the merger of four Pontifical Councils. The dicastery is charged with developing and promoting the Church’s teaching in the fields of justice, peace, the safeguarding of creation, as well as issues that concern health and works of charity. It now includes several COVID-19 related working groups.

“There is evidence of an increase in the commercial sexual exploitation of children, child work, girl-child marriages to alleviate families’ hardship, domestic servitude and sexual exploitation of women and children living in internally displaced person (IDP) camps, including camps in Haiti,” said professor Roza Pati, of St. Thomas University’s College of Law. 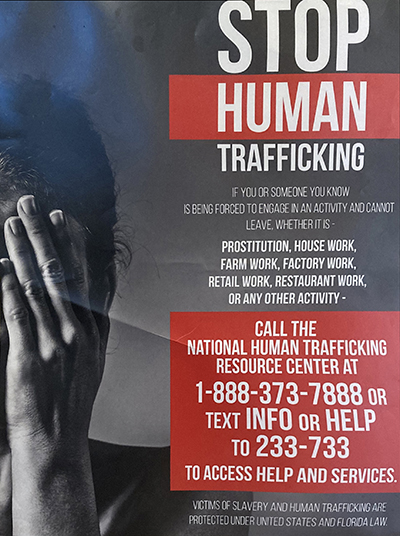 St. Thomas University law professor Roza Pati says anti-human trafficking bodies in Florida have reported that many of their resources have been re-directed to providing other services to vulnerable populations affected by the COVID-19 pandemic. Roza Pati has been appointed by Pope Francis to the Dicastery for Promoting Integral Human Development. She had previously been appointed by Pope Benedict XVI to the Pontifical Council for Justice and Peace.

Pati is executive director of STU’s Intercultural Human Rights program and founding director of the Miami-based John J. Brunetti Human Trafficking Academy. She cited recent reports from the Global Initiative Against Transnational Organized Crime, the United Nations and Polaris, an NGO that operates the National Human Trafficking Hotline, to note that the COVID-19 global pandemic has set the stage for greater illegal activity related to human trafficking.

She cited some of the indications of increased global trafficking activity including:

There also has been a pandemic-related disruption of victim assistance and support services, including in-person counseling, representation and legal aid.

“Such services being offered exclusively online has proven to be a barrier for victims — many of whom do not even have access to a computer or internet,” Pati said. “Victims are forced into isolation, with the chances of them being identified and removed from their exploitative situations drastically reduced.” 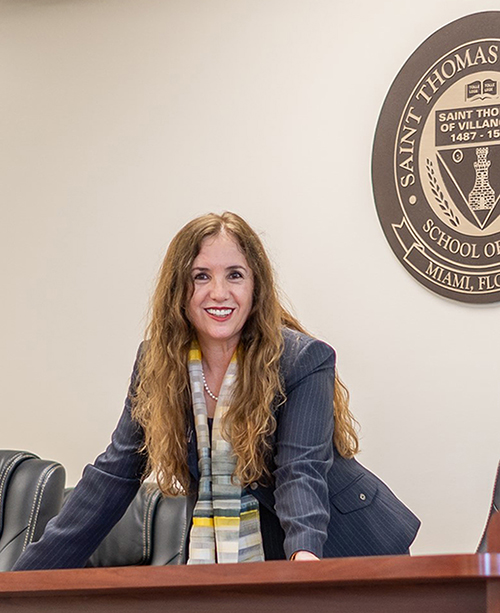 Also impacted: victim rescue missions and availability of shelters, despite a reported increase in calls to trafficking hotlines during the pandemic.

In Florida specifically, Pati said, anti-human trafficking bodies have reported that many of their resources have been re-directed to providing other services to vulnerable populations affected by the pandemic. And many anti-trafficking organizations are losing their grants and donations as donors and foundations switch priorities to focus on pandemic-related issues.

Critically, the pandemic has also impacted the work of the law enforcement and the justice system in responding, investigating, prosecuting and convicting perpetrators of human trafficking.

“In many cases, such work has become lower priority while the law enforcement agencies get mobilized to implement pandemic measures and states of emergency,” Pati said. “And of course, limited judicial services while courthouses were closed and justice for victims got delayed.”

Born in Albania, Pati grew up under a dictatorship and atheist regime, in a Catholic family that was part of a 10% minority in an overwhelming Muslim country.

Roza said she was among the last born to have been baptized, shortly before the regime prohibited all religion, closed and destroyed houses of worship, imprisoned and even executed priests and other clerics, and made good on its threats involving anyone who dared to think about God.

Her work on the Vatican Dicastery for Promoting Integral Human Development will mirror her own passions for supporting causes that uphold human dignity, bring about awareness and seek effective law and policy solutions towards abolishing all forms of human suffering, including human-trafficking.

According to the Holy Father’s motu proprio, “This dicastery will be competent particularly in issues regarding migrants, those in need, the sick, the excluded and marginalized, the imprisoned and the unemployed, as well as victims of armed conflict, natural disasters, and all forms of slavery and torture.”

The discastery’s prefect is African-born Cardinal Peter Turkson. Pati’s appointment by Pope Francis was preceded by her appointment by Pope Benedict XVI to solely represent the United States as a member of the Pontifical Council for Justice and Peace (2012 – 2017).

Addressing human trafficking has been at the top of the Pope Francis’ agenda “from day one,” Pati said, and has been a theme of constant concern since his election in 2013.

“People at the fringes of humanity such as the poor, migrants, refugees, trafficked victims occupy the very core of the pontificate of the Holy Father Pope Francis. Many say it is his trademark,” she added, noting the pope’s harsh critique of a “culture of indifference.”

Pope Francis has on numerous occasions addressed human trafficking from a variety of angles, including with the creation of the Migration and Refugee Section — which he personally leads — to help the Church accompany refugees and all those forced to migrate as well as victims of human trafficking. The pope also touched on human trafficking in his comments immediately following his recent visit to Iraq. 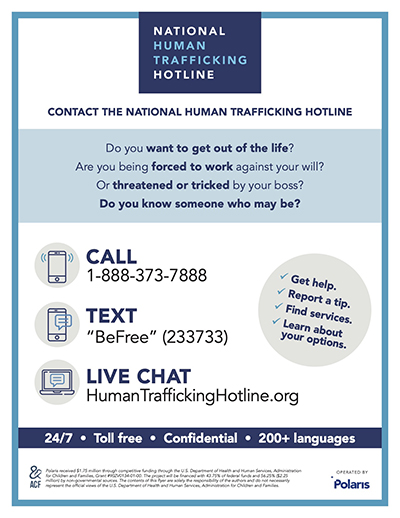 St. Thomas University law professor Roza Pati says the COVID-19 pandemic has disrupted assistance to victims as well as investigation and prosecution of human trafficking crimes. Roza Pati has been appointed by Pope Francis to the Dicastery for Promoting Integral Human Development. She had previously been appointed by Pope Benedict XVI to the Pontifical Council for Justice and Peace.

Florida’s Statewide Council on Human Trafficking Annual Report for 2020 discusses the launching of the Florida Department of Health’s 2020-2024 Statewide Human Trafficking Surveillance Plan, whose goal is to enhance the collection of human trafficking data, according to Pati.

“In 2019, for instance there were 2,068 contacts made, of 896 human trafficking cases reported, with sex trafficking leading the typology, and with domestic servitude leading labor trafficking, followed by agriculture, construction, travelling sales crews, and restaurant/food service,” Pati noted.

The COVID-19 pandemic is a watershed crisis of our times and one which has brought to light the inequality in human development, according to Pati. “As Pope Francis has stated, we may come out of it better or worse. Of course, we should commit to overcome it, and come out better and with hope.”