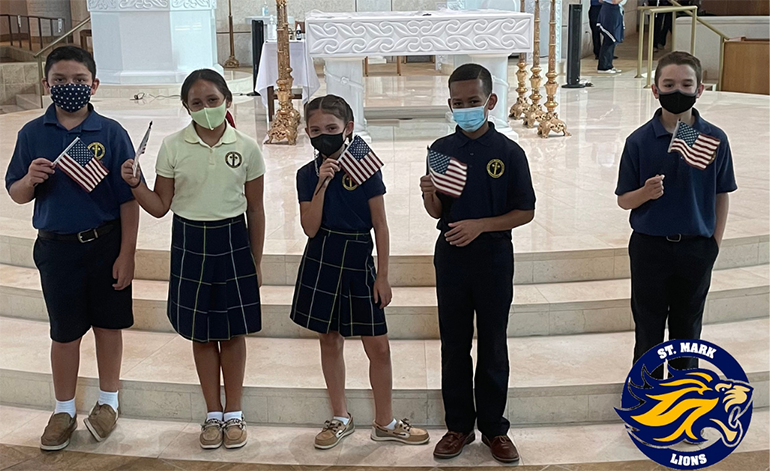 St. Mark students hold up flags to mark Patriots Day, this year leading up to the 20th anniversary of the Sept. 11 attacks. Students at the Southwest Ranches school wore red, white, and blue accessories with their uniforms Sept. 8, 2021. 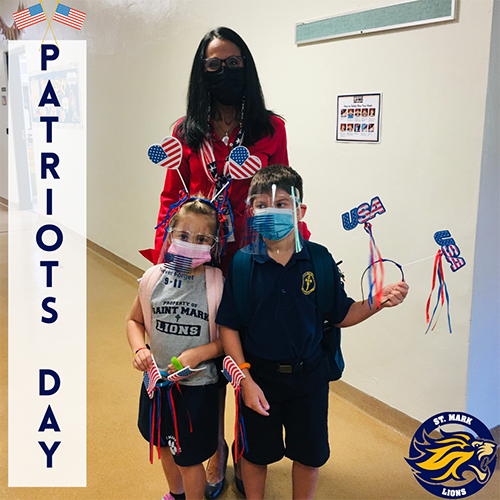 Principal Teresita Wardlow poses with a couple of St. Mark students holding up flags to mark Patriots Day, this year leading up to the 20th anniversary of the Sept. 11 attacks.

SOUTHWEST RANCHES | Students at St. Mark School were among the first in the Archdiocese of Miami to mark the 20th anniversary of the Sept. 11 attacks on the World Trade Center and the Pentagon. Then again, they have commemorated Patriots Day for a decade now.

Their tradition is to celebrate an all-school Mass on a day close to the anniversary — this year, Sept. 8 — where they invite all the parents and grandparents who have served or are currently serving in the military, first responders, and community service personnel.

"We honor these amazing men and women at the Mass with a big thank you and a beautiful blessing," said Teresita Wardlow, St. Mark's principal. "Our students also show off their American pride by wearing red/white/blue accessories with their uniforms."

For the past decade, students also have written letters to active service men and women overseas.

"We have received a special American flag each year that was flown on the bases of Iraq. This year we won't be doing this; however, we still want to write to them somehow. We are making some connections to be able to thank them and welcome them home," said Wardlow. "This is and has always been a very special day at St. Mark."

Other archdiocesan schools also are planning special events to commemorate the anniversary. See a list here. 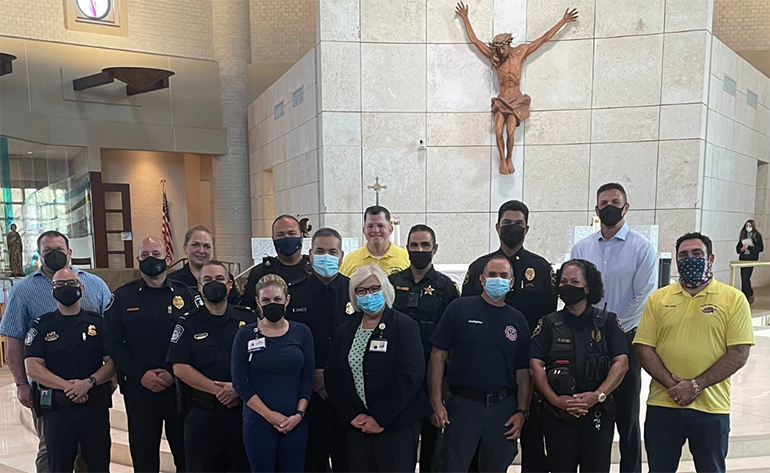 Parents and grandparents who served or are currently serving in the military or as first responders and community service personnel pose for a photo after celebrating Mass with St. Mark students to mark Patriots Day. The commemoration took place Sept. 8, 2021, leading up to the 20th anniversary of the Sept. 11 attacks.