MIAMI | Attendance will still be limited, but Archbishop Thomas Wenski will confer holy orders on Deacons Andrew Tomonto and Ryan Saunders on Saturday, June 27, 2020, at St. Mary Cathedral. The ordination ceremony of these two South Florida natives was initially set for early May but had to be postponed due to the restrictions on in-person gatherings caused by the coronavirus. It will be livestreamed on the archdiocesan website, miamiarch.org, at 10 a.m. 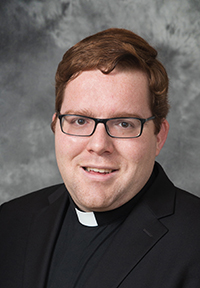 Deacon Tomonto, the oldest of three brothers, was born in Miami and attended St. Louis Covenant School in Pinecrest and Christopher Columbus High School in Miami. He graduated from the University of Miami in 2013 with a business degree and entered St. John Vianney College Seminary that same year. He continued his formation at St. Vincent de Paul Regional Seminary in Boynton Beach. During his years in the seminary, he served summers at the Church of the Little Flower in Coral Gables and Immaculate Conception in Hialeah; did a summer of chaplaincy at Jackson Memorial Hospital and a pastoral year at St. Andrew Church in Coral Springs; and served his diaconate year at St. Coleman Church in Pompano Beach. 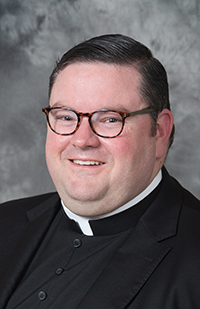 Deacon Saunders was born and raised in Fort Lauderdale, the youngest of three brothers (both of his siblings are deceased). He graduated from St. Anthony School and Cardinal Gibbons High School in Fort Lauderdale and obtained a bachelor's degree in political science with a minor in public relations from Barry University in Miami Shores. After college, he worked for five years as assistant director in the archdiocesan Office of Worship and director of liturgy at St. Mary Cathedral. He then entered the political world, becoming chief of staff to Chip LaMarca, then a Broward County commissioner, while consulting and advising on other local, statewide and national campaigns. He entered St. John Vianney Seminary in 2013 and completed his formation at St. Vincent de Paul Seminary. His pastoral assignments have included summers at the Basilica of St. Mary Star of the Sea in Key West and St. Timothy in Miami; a pastoral year at Our Lady of Guadalupe Church in Doral; and a diaconate year at St. Bernadette Parish in Hollywood.

Patricia E Fairfield - 06/25/2020 05:48 PM
Ryan, Finally -your call will be formally accepted and you will be ordained the priest that has been in your heart. I am so happy for you. Congratulations on your faithfulness. In case you don't know me by name, you may remember me as a substitute sacristan when Ron could not make it to the evening Mass at the Cathedral. Be assured you will continue to be in my prayers as you have been daily As a seminarian. God bless you and guid and protect you as you prepare for your major step in your Yes to our Good God.

Dr Joan DiGregorio - 06/18/2020 12:31 AM
Dear Deacon Andrew, It is so wonderful that your Ordination to the Holy Priesthood is just around the corner. For me, it has been a profound grace to have met you during your Pastoral year, at a time when I was very sick. I am so very grateful of your compassionate, merciful, and comprehensive presence that translated into an humble Imago Dei to me, while I was very vulnerable—falling in and out of those periods of quite serious illness. Through it all and in my current convalescence and rehabilitation, you Deacon Andrew , have been a trusted beacon of Christ’s love in this strife. I know you will carry forward your call to the priesthood of God with an admirable depth of being and authentic presence for and in the Lord. Through Our Lord ‘s gracious will, I anticipate your apostolate will surely reach deeply into this often chaotic earthly experience- where you will offer mercy, healing, and vital immersion with the Blessed Trinity. By exemplifying Truth, I feel certain that your pastoral care will certainly be devoted to healing the Church while leading souls to Christ. With prayers for every grace you may need, with happy congratulations and joy for all you have done and will do in your acceptance of Our Lord’s call, “Blessed is he who comes in the name of the Lord...” Dr Joan DiGregorio as your apostolate grows in scope and depth

Pat Solenski - 06/17/2020 07:57 AM
It has been a privilege and a blessing, Ryan, to see your priestly vocation blossom through the years! With every step you recognized the Presence of God and His Mother beside you! Your 'Yes' to God's call will bring forth blessings to the people of God - the Church - in South Florida! I am sure Father Hannon will be smiling the day your are ordained!

Articles(45)
Basilica of St. Mary Star of the Sea

Articles(74)
Our Lady of Guadalupe Church