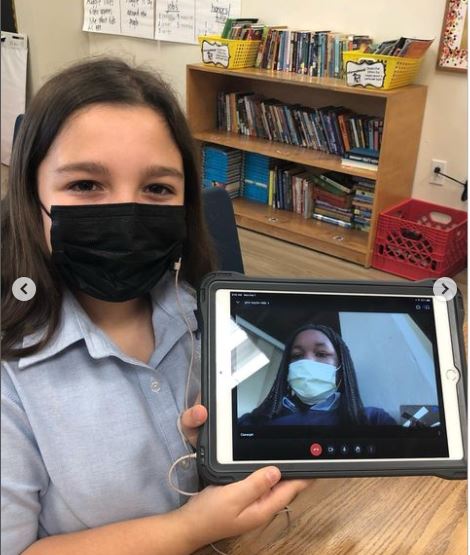 Carolina Tarafa, a student from St. Louis Covenant School in Pinecrest, interviews Claranjah Pierre from St. Mary Cathedral School in Miami via Google Meet on their tablets. Fifth-graders and their classmates at both schools teamed up to read "Wonder" by R.J. Palacio.

The book “Wonder,” by R. J. Palacio, has served as the bridge between fifth graders from St. Mary Cathedral School, located in a predominantly Haitian neighborhood in Miami, and St. Louis Covenant School, located in the predominantly white suburb of Pinecrest. With teachers Gabriella Del Castillo of St. Mary and Elizabeth Morales of St. Louis leading the effort, students from both schools read “Wonder” at the same time.

“It’s been challenging to work with another school because of timing and scheduling, but I’m so happy to see the way that the kids have benefitted from it,” said Morales.

The idea of simultaneous reading arose during a visit from St. Mary’s teachers to St. Louis School around the holidays in 2021. Del Castillo shadowed Morales and her class.

“We use something called the Literacy First Framework at St. Louis, and her school wanted to see that in action,” Morales recalled. 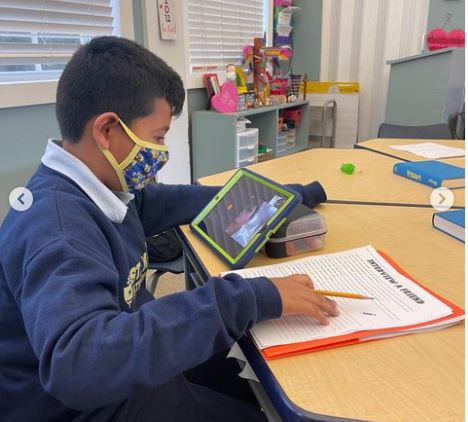 Lester Hernandez, a student from St. Louis Covenant School in Pinecrest, interviews Claranjah Pierre from St. Mary Cathedral School in Miami via Google Meet on their tablets. Fifth-graders and their classmates at both schools teamed up to read "Wonder" by R.J. Palacio.

While in the classroom, Del Castillo noticed that Morales had several copies of “Wonder.” She asked about them because she intended to read the book in January with her St. Mary students. Morales planned on reading “Number the Stars” by Lois Lowry, which she tied to Holocaust Remembrance Day on Jan. 27. But the idea of “Wonder” stayed with her. Eventually, she changed her plans, called Del Castillo and asked if she wanted to collaborate on lessons and have their classes read the book together.

“I think Gabby got more than she bargained for when I started sending her all of my ideas and she was great because she went all in with me,” said Morales. “The more that I thought about it, the more that I thought, this is such a cool opportunity because this is a great book about all of these issues that happen in fifth grade.”

“Wonder” follows August “Auggie” Pullman, who was born with a severe facial deformity and was homeschooled until the fifth grade, when he attends school in-person for the first time. The story touches upon bullying, prejudice, self-acceptance, empathy, compassion, friendship, kindness, and more.

Morales, with 20 years of experience as a teacher, noted that the second half of fifth grade is when some students start facing issues related to kindness. Some even begin to change friends and groups. 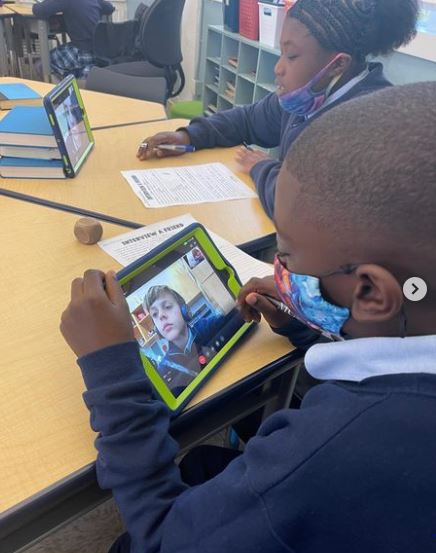 Morales had read “Wonder” with her own children and found that it facilitated delicate conversations. As a teacher, she has seen how “it opens up dialogue that might not have been there without this book.”

“It renews my faith that books can really touch a child’s heart, even if they’re not voracious readers,” said Morales.

And introducing students to books they can relate to is one of the greatest tools a teacher can utilize. “When kids are interested, you’ve got half of the battle won. If you have them engaged, your job gets so much easier,” Morales said.

“These kids don’t want to put the book down,” Del Castillo said of “Wonder.” “They want to keep reading it. I’ve never seen them so interested. Even if we read five chapters a day, they’re like, ‘No! Can we read another one?’”

Morales said she enjoyed seeing the spark in her students’ faces as they read, especially when they hit a dramatic part of the story.

“They couldn’t get enough of it. I tried to stop it as a cliff hanger because I like to think that I’m keeping them interested, and they were like, ‘Aw, man! It’s a three-day weekend,”” she recalled.

It took the classes about six weeks to read “Wonder” together. In addition to the usual in-class discussions, vocabulary, written work, and projects, the students conducted a virtual meetup via Google Meet. Fifth graders from both schools paired up to interview one another and discuss the book. 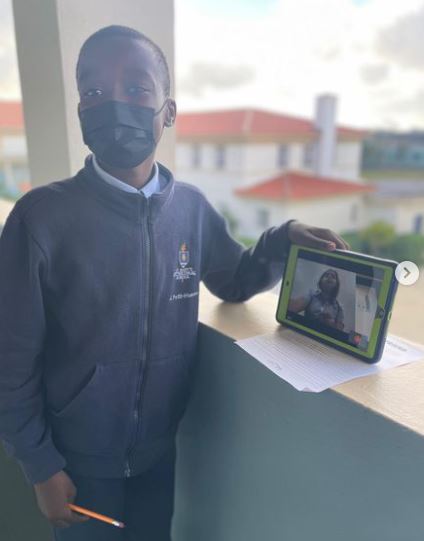 Jeremiah Petit Homme, a student from St. Mary Cathedral School in Miami, interviews Valentino from St. Louis Covenant School in Pinecrest via Google Meet on their tablets. Fifth-graders and their classmates at both schools teamed up to read "Wonder" by R.J. Palacio.

“Meeting other people has always been scary to me since I never know if they’re going to be mean,” said Jeremiah Petit Homme, from St. Mary. “When I logged in to Google Meet, I was really nervous. Then me and the other person started talking and they were very nice, and then I realized there was nothing to be nervous about.”

Once the ice was broken, students found themselves making connections beyond the book. They talked about their families, friends, sports, dinosaurs, and some even wanted to arrange a play date.

“My favorite part when interviewing my new friend was when we were talking about our hobbies,” said Carolina Tarafa from St. Louis. “We had lots in common.”

Jason Etienne from St. Mary liked that “we exchanged sports and games [and] information about our schools.”

Once the meetup ended, the students asked when they could do it again. “And that’s when you know you’ve hit the mark of what you were trying to do,” said Morales.

The virtual time together was enough to establish pen pal relations among some of the students. Two students who run track for their schools already met in person after their race.

“It’s really sweet to see that they are maintaining this open communication,” said Morales.

“I feel that we have all been blessed by the experience, the kids, the teachers. My administration is so happy at seeing the kids being a part of something bigger, of seeing that Catholic faith isn’t just here within these walls of the building. It’s in other places. It’s important for them to see that,” said Morales.

To come full circle, Morales and Del Castillo wanted all their students to meet in person – a meeting they have set for March 17, 2022 at St. Mary.

“It’s going to be extremely meaningful for them to spend the day together. There’s going to be that initial weirdness of all of us meeting, but I know it in my heart that by the end of the day it’s going to feel like we’ve known each other,” Morales said. “That’s life. You want to make these deeper connections.”

“We’re so far from each other, in two different communities, but we are brought together as one,” said Del Castillo.