'We will pray with them, talk with them and see what we can do for them' 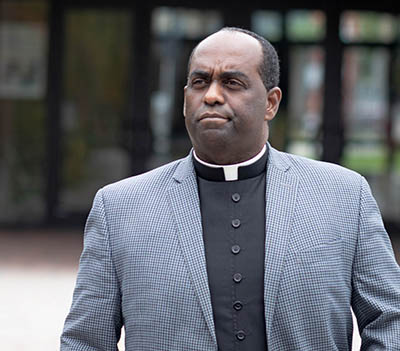 MIAMI | Two Haitian American priests from the Archdiocese of Miami are set to travel to Texas on Friday in order to meet and pray with some of the thousands of migrants stuck in limbo at the U.S.-Mexico border.

Thousands of Haitian migrants remain encamped and awaiting processing beneath the Del Rio International Bridge at the Del Rio Sector of the border, some 145 miles west of San Antonio in southern Texas.

Father Reginal Jean-Mary, pastor of Miami’s Notre Dame D’Haiti Mission and a member of the National Alliance for the Advancement of Haitian Professionals, said he has procured a special U.S. Homeland Security pass to visit the migrant camp, along with another Haitian American priest, Father Fritzner Bellonce, pastor of Holy Family Parish in North Miami.

The two will fly to San Antonio, Texas, on Sept. 24, 2021, and may join other community leaders already visiting the area in an effort to show compassion and a Christian presence to the migrants over the course of several days.

Father Jean-Mary has made similar pastoral visits in years past as a member of the Haitian American clergy, including a 2017 visit to a detention center in Denver, Colorado, where he met and celebrated Mass for a large contingent of Haitian-American detainees. He described that event as one of the most productive gestures in his priestly life.

“And our trip to El Paso tomorrow may be even more productive in that respect,” Father Jean-Mary told the Florida Catholic the day before his travels. “We might stay two or three days. We plan to celebrate (Mass) but because of the constant movement under the bridge we may not be able to do that. But we will pray with them, talk with them and see what we can do for them through Catholic Charities.” 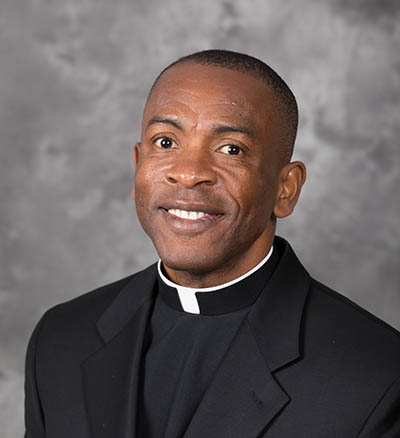 On Sept. 22, the chairman of the U.S. bishops' migration committee and the head of Catholic Charities USA issued a joint statement urging humane treatment of Haitians and other migrants as their numbers grow at the U.S.-Mexico border.

The Biden administration announced Sept. 18 it would quickly begin deporting the Haitians back to Haiti, even though a majority of them did not arrive at the border from their homeland. Many of them had been living and working for years in South American countries.

Father Jean-Mary said Miami Archbishop Thomas Wenski and the archdiocese’s Catholic Legal Servicesoffice thought it important for the migrants to receive a visit from a member of the clergy who speaks their language and who is compassionate to their predicament.

Noting that many of the migrants traveled to the U.S.-Mexico border from Brazil and Chile, Father Jean-Mary said their lack of legal status and permission to work in South America was leaving them in an impossible situation. Many of the Haitians originally came to the region to work in advance of the 2016 Olympic games in Rio de Janeiro.

While some of the migrants at the U.S. border have been released in the U.S., they were generally being denied proper legal processing as parolees by U.S. authorities, with some flown back to Haiti and others separated from family members.

“Today we heard there are 3,200 Haitians this morning and they are moving very fast: Mexico is joining the efforts of the U.S. so they can later deport them to Haiti, and they continue to deport them with no compassion. This is one of the most inhuman acts I have witnessed in our lifetime,” Father Jean-Mary said.

“What they are doing is random selection where they keep this one, and send another one away, deporting children to a country with a cycle of violence even as the U.S. special envoy to Haiti is resigning,” the priest said of Daniel Foote’s recent resignation from his post.

“By cutting off the hope for those people they are getting the message that you are not human beings. They will be asking themselves: Wat is the meaning of my existence? And many might be in a state of contemplating suicide. It is important that someone tells them, ‘God loves you.’”

Father Jean-Mary entered the Montfort Fathers community in 1989 and was sent to their novitiate in France, but realized he did not want to become a religious priest. While visiting family in south Florida in 1991, he met then-Father Thomas Wenski and spent the summer at Notre Dame d’Haiti Mission, which remains an important hub of Haitian American Catholic life. He entered St. John Vianney College Seminary in 1992 and was ordained for the archdiocese in May 2001.

In a Sept. 23 statement, Archbishop Wenski said the current border crisis at Del Rio was “seemingly provoked by the Biden administration itself by having sent mixed signals to potential immigrants, and it should be held liable in the same way that the ‘attractive nuisance’ doctrine holds landowners liable for injuries to children who trespass on land if the injury results from a hazardous object or condition on the land that is likely to attract children who are unable to appreciate the risk posed by the object or condition.”

Having created the crisis, the administration should try to resolve it humanely without visiting further harm on this vulnerable population, the archbishop wrote. “Our immigration system has been broken for decades, but the administration’s actions on the border to date do not bode well for any positive immigration reform soon.”

Other groups calling for humane treatment of Haitians and other migrants by the Biden administration include the Sisters of Mercy and Network, a Catholic social justice lobby.