Results of parish consultations: Eucharist is joy, lack of knowledge is concern along with confusion about teachings 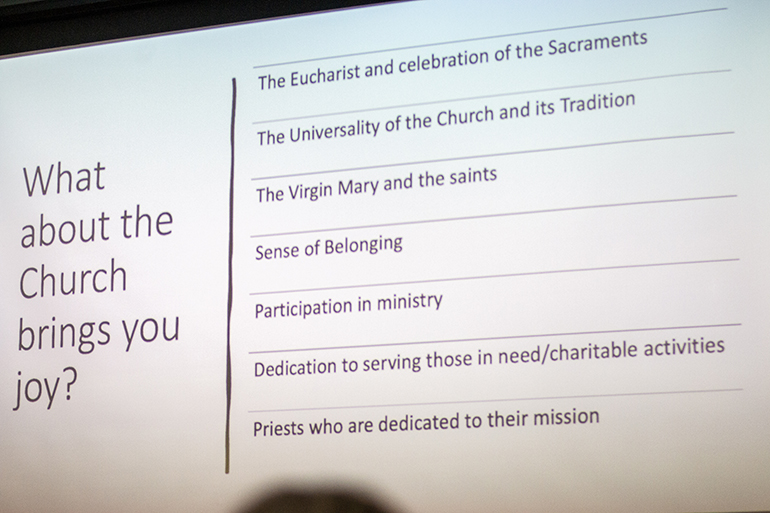 On March 26, 2022, Archbishop Thomas Wenski joined about 100 parish representatives for an assembly summarizing the feedback gathered during the listening sessions for the Synod on Synodality at the churches and archdiocesan entities during the past few months.

MIAMI | And the survey says ... Well, not exactly a survey, but the consultations for the worldwide synod, the “journeying together” called for by Pope Francis, have ended at the local level, and the archdiocesan results are in.

Parish representatives — three from each church selected to lead and report on the local listening sessions — gathered with Archbishop Thomas Wenski at the end of March to hear the results from synod director Rosemarie Banich. 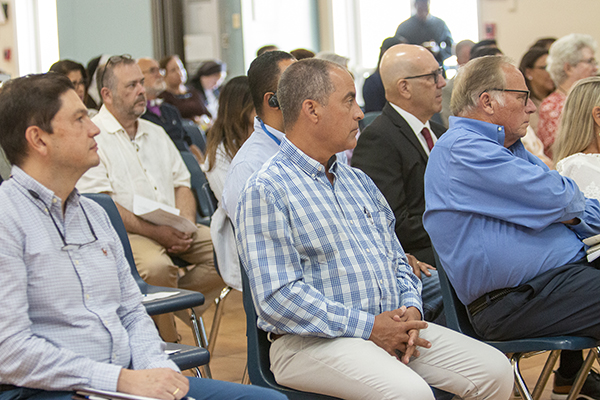 Parish representatives, who led the listening sessions for the Synod on Synodality, listen to Archbishop Thomas Wenski during the synod assembly held March 26, 2022.

She praised as “phenomenal” the nearly 280 in-person listening sessions held in parishes, and close to 500 electronic survey submissions. In addition, 1,429 high school youths filled out an online survey and 65 high school students participated in an online listening session with Archbishop Wenski. Listening sessions also were held at St. Thomas University, with deacons, priests and religious. 80 of the archdiocese’s 109 parishes and missions submitted reports, as did six Catholic high schools.

“Even though people said a lot of different things, the top three or five [issues] surfaced very easily,” Banich said of the themes that emerged. In fact, one parish held a session for middle school students and “their feedback was exactly the same: Eucharist, understanding the faith, and conflicting messages.”

Banich listed the joys first, noting that “these seven were in close to 99 percent of the parish reports”:

Then came the concerns: 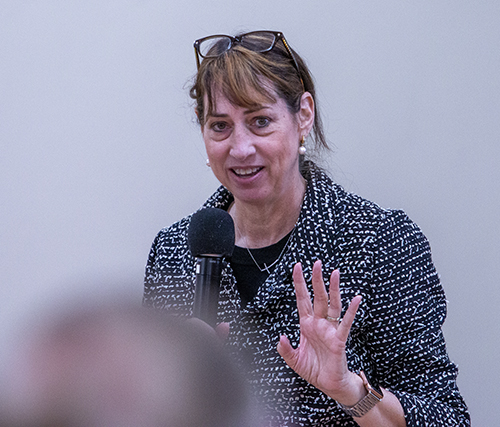 Rosemarie Banich led parish representatives in a review of the feedback from the Synod on Synodality listening sessions, which they led at their parishes, during the synod assembly held March 26, 2022.

Banich admitted that the second concern — clergy abuse — surprised her, given that the issue is not in the headlines anymore. But it was in “100%” of the reports. “We have not healed from the crisis.”

Politization and division: “again, 100%,” she said, describing it as “a general sense, an air of politics in the Church and a sense of division.”

People across the board also repeated that they wished their priests would be more available. “There’s definitely a desire for more one-to-one contact with priests,” Banich said. But always within the context of “what can we do to support our priests more?” since they seem so overwhelmed with responsibilities.

Another word that came up repeatedly, mentioned in 52 or 53 out of 80 reports, was confusion. “[People] don’t know what to believe. ‘Pope Francis says X, a certain bishop says Y, my pastor says Z.’ Whether that’s the reality or not, that’s the perception,” Banich noted.

ARE YOU BEING HEARD?

Many parish reports indicated that participants felt their own pastors and clergy did listen to their concerns, but they did not feel heard by the archdiocese or the wider Church. 100% of participants said this synod was “a welcome and hopeful opportunity,” and expressed a desire for ongoing gatherings.

“Every parish in the archdiocese wants some sort of suggestion box,” Banich said. There also was “across the board unanimous desire for the ability to continue to speak in this way.”

Pastoral councils also were mentioned “many, many times,” she said, usually in the context of parishes that did not have one.

As for how the Church can better support people on their faith journeys, the top answers were:

Now that the results are in, the next step is to forward them to the U.S. bishops, who are collecting the reports from each diocese and compiling them into one report for the pope. Those consolidated reports from each region will form the gist of the discussion when the world’s bishops gather in Rome in October 2023.

In the meantime, though, there’s work to do at the archdiocesan level: Deciding which issues will get priority and writing a pastoral plan to address them, with measurable goals and initiatives for how to achieve them.

Banich used two words to describe what needs to be done: in-reach (as opposed to outreach) and activation. 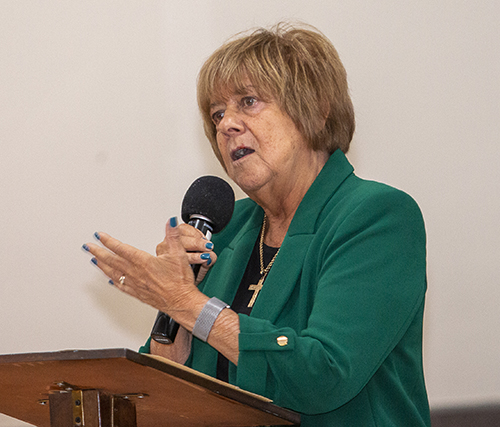 Carol Razza, a psychotherapist and professor at St. Vincent de Paul Regional Seminary in Boynton Beach, speaks to parish representatives, who led the listening sessions for the Synod on Synodality, during the synod assembly held March 26, 2022.

“We have a really big group of people who are right there,” she said, people who come to Mass, sit in the pews but don’t move beyond that in terms of participation in Church life. While evangelization implies outreach, “disciple activation” involves reaching those already among us: in-reach.

“Get activated. That’s what this pastoral plan is about,” said Banich. “We shouldn’t need a report or a pastoral letter from the pope to get us activated.”

Her words dovetailed nicely with the talk given earlier that day by Dr. Carol Razza, a psychotherapist, author and professor at St. Vincent de Paul Regional Seminary in Boynton Beach.

Razza called the parish representatives sitting before her the “movers and shakers” of the archdiocese. She exhorted them to “go back into the parishes to fire people up, to fire them up as Catholics.”

“We don’t want people to show up just because they have to. If they could show up because of a passion to be part of this [Church], how much greater it would all be,” Razza said. “The world needs us activated today.”

But how to do that? It takes more than programs, she stressed. It takes living in relationship with God. It takes believing that God loves us personally and intimately and internalizing it “in every cell.”

“We can’t just recite what we’ve learned. We must become the very word made flesh in us every day,” Razza said. “I can’t always speak the truth. I have to become it so that they see it.” 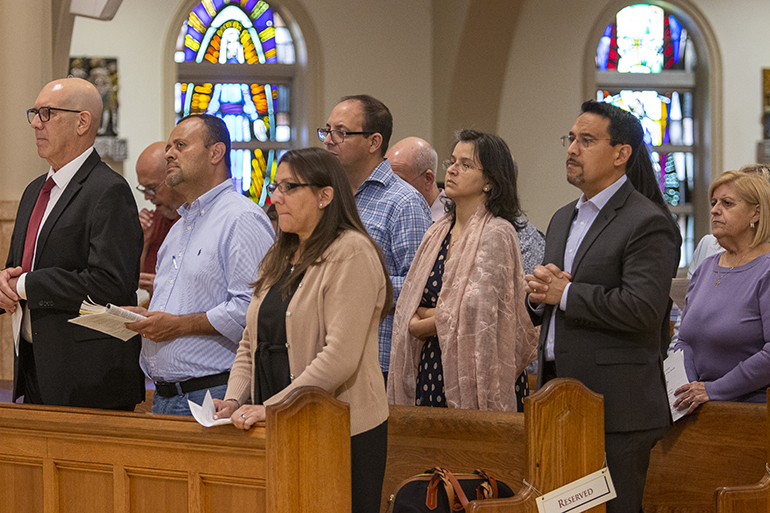