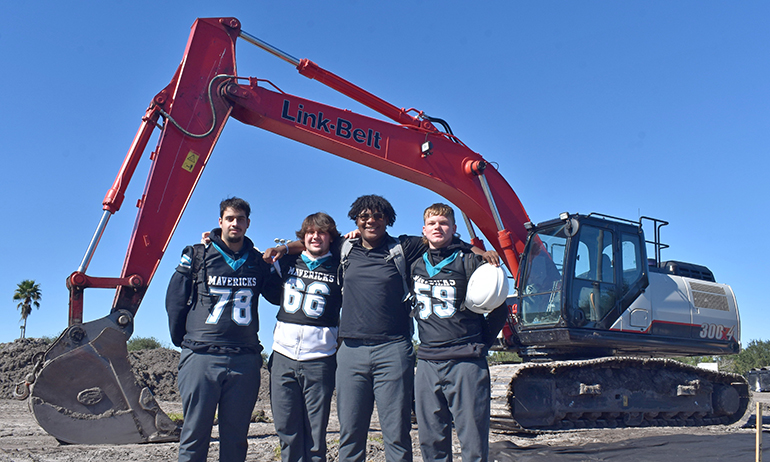 SOUTHWEST RANCHES | For now it’s just a mucky field, barren except for heavy equipment; but by late February, it will be ready for the cleats of Archbishop McCarthy High School’s athletes.

School and city officials gathered with coaches, athletes and major donors Nov. 30, 2021 to break ground for a long-awaited athletic field. When finished, the $1.4 million field will serve the school’s football, soccer, lacrosse and flag football teams.

“The reputation of this school is outstanding,” Berns said in an interview. “It draws people to our town.” 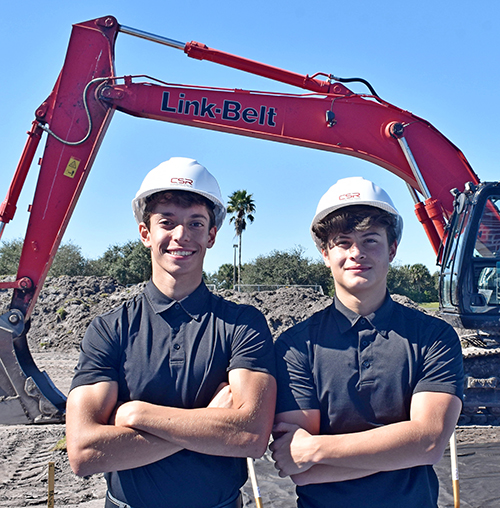 Members of the soccer team for Archbishop McCarthy High attend the groundbreaking Nov. 30, 2021 for a new athletic field at the school in Southwest Ranches. From left are Sebastien Gonzalez and Samuel Garcia.

When finished by the end of February, the field will be made of artificial turf colored teal, one of Archbishop McCarthy High’s three school colors (the others are black and silver). As eye-catching as it will be, one of the more important features will be underground: a drainage system to channel rainwater into a nearby lake.

Principal Richard Jean noted that west Broward muckland drains poorly, and athletes’ cleats often got stuck. That made running and dodging opponents not only hard but hazardous. The school resorted to holding football games this year at Pembroke Pines Charter High School, with soccer games at the Cooper City Optimist Park. The new field will allow them to return safely to their own turf, Jean said.

“Since I've been here, the school has grown from 25 to 45 teams,” added Jean, now in his 12th year as principal. “This [project] is one of the first steps to make the field safer and more durable.”

The field is the first in a three-phase project to provide fields for the school’s teams. Phase II will be a baseball diamond; Phase III will be for softball. Total cost of all three phases is projected at more than $3 million.

Athletes at the groundbreaking said they couldn't wait to play on the new field. “We won't have to cancel for rain,” said Sébastien Gonzalez, a soccer team member.

Kyler Velia, a defensive end for the Mavericks football team, joined with teammates in eagerness to get on the new field — and not just for its looks.

“It will look good, but what matters is it will make everyone want to play good,” Velia said.

Students attending the groundbreaking event were largely seniors and will use the new field only a few months before graduation. But they spoke in terms of heritage, of future freshmen, sophomores and juniors benefiting from the school project.

“We’ll be gone, but the field will be good for the new generation,” said Gunner McGahee, a linebacker and offensive guard. “They’ll appreciate it as much as we did.” 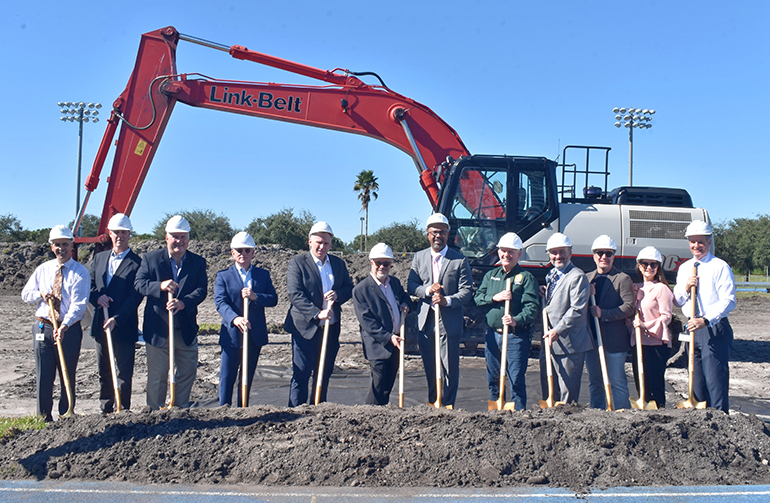