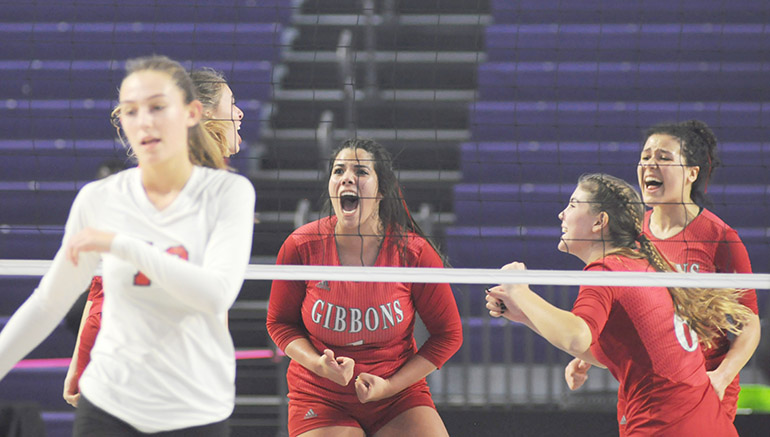 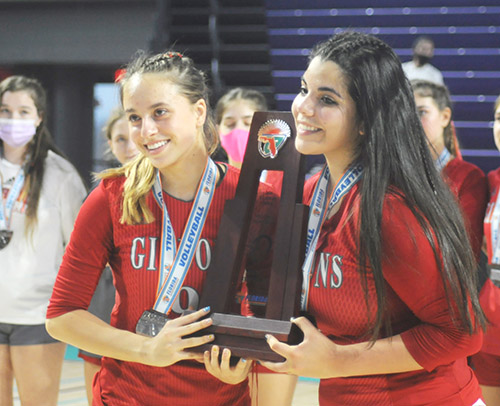 The Chiefs (7-4) tried to add to their state record of 20 championships. Team members said they consider it an honor to play for a team with such a storied history.

“I feel like once you put on the uniform, you just have this whole legacy that you have to kind of step up and fit that role,” said senior setter Valeria Lozada. “I feel it’s the best thing to play for.”

“We always see those banners,” said junior outside hitter Dylan Andrews. “We see the years and generations of girls who’ve come before us doing the same things we’re trying to do. It helps to motivate us to get to where we are today.”

COVID proved to be the bigger foe this year, condensing a two-month regular season into two weeks. While most Florida teams got a late start in early September, South Florida’s COVID-19 circumstances required an Oct. 1 start.

That forced Chiefs coach Kathryn Reeber to fast-track her team’s preparations for the season. A season that normally would be filled with tournaments out of the area was distilled to four regular-season matches against power teams that all made the regional tournament.

Hence, the learning curve was almost Everest-like in its steepness. The Chiefs opened by getting swept by Archbishop McCarthy on Oct. 2, 2020. A few days later, defending Class 6A finalist St. Thomas Aquinas also swept Cardinal Gibbons, taking 15 aces against the Chiefs.

“We started with tough, tough matches,” Reeber said. “They could’ve been discouraged, but they never were. The girls stepped up, and they took something away from each match to make it better the next time around.”

Lozada took on leadership on two levels. Not only was she one of two seniors on the Chiefs squad. She also plays setter – a position akin to a football quarterback or a basketball point guard. In other words, she was the Chiefs’ Tua Tagovailoa or LeBron James. 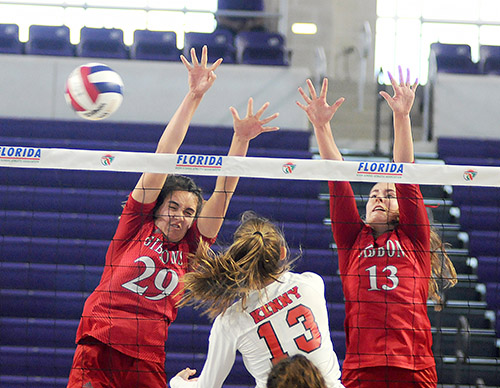 Lozada also was the go-to person off the court. Andrews called her an amazing friend. “When we get a good kill or a good pass or block, she’s the first one screaming your name coming up to you,” Andrews said. “Not only is she a good setter, but she’s a good teammate.”

BEST WHEN IT MATTERS

The Chiefs began hitting their stride just before the district tournament. They swept rival Pine Crest 3-0 before going 2-0 in the District 13-4A tournament.

Andrews said beating Pine Crest in the regional semifinals proved this group of Chiefs could handle a big stage. “The way we fought through that and the way we worked together, we came together for the first time in the season,” Andrews said. “That is what told us we could really do this if we stay together.”

A five-game revenge victory over St. Brendan in the Region 4-4A finals led the Chiefs to topple defending Class 4A champion Lake Highland Prep. All that stood between them and a crown was another Catholic school with some championship pedigree: Bishop Kenny.

Both teams had not been in the finals since winning 2015 titles – Cardinal Gibbons in 4A and Bishop Kenny in 5A. This year’s Class 4A final turned into a test of wills. Andrews posted 10 kills, and O’Keeffe added nine kills for the Chiefs. Lozada had 31 assists against the Crusaders. Bishop Kenny countered with 19 kills by sophomore Allison Cavanaugh. 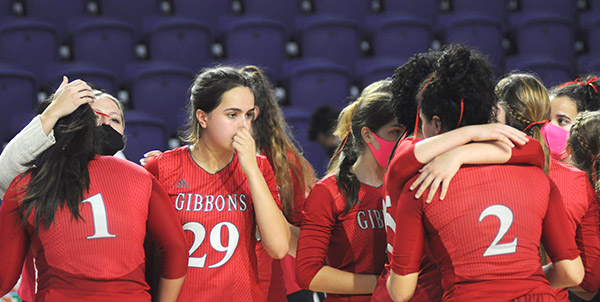 The first three games all had several ties. The Chiefs used a 6-0 run to grab an 18-12 lead in the first game. O’Keeffe had two overpass kills in that run. However, the Chiefs began to struggle against a Bishop Kenny block. Ashton Dilts and Laura Roskein blocked a Chiefs attack to give Bishop Kenny the first game.

Bishop Kenny’s Tina Nika served the last four points of the second game with an ace and a Cavanaugh kill. Nika finished with a match-high six aces to go with her match-high 23 digs.

Cardinal Gibbons took the third game, rallying off Andrews’ serve for a 6-0 run that turned a 15-9 Bishop Kenny lead into a 15-15 tie. After a Bishop Kenny kill, the Chiefs rattled five consecutive points off Chloe Fandino’s serve to lead 20-16. Lozada then recovered from a double-hit error to set Andrews for a kill, then serve out the final four points of the third-game victory.

“Our plan was to get them out of system at first, move around the block, try to get a few touches, tool off everything, and keep our serves in pretty aggressive,” Lozada said. “I feel like that’s what made us come back and get a game on them.”

Nika returned the favor in the fourth game. Her serve ignited an 8-0 fourth-game run that put the Crusaders up 20-10. Cardinal Gibbons rallied back to 22-20, with Lozada posting an ace, several assists and a block assist in the run. Two Gibbons errors and a Bailey Chin kill clinched Bishop Kenny’s third championship.

“I’m really proud of our team, and everything we’ve done,” Andrews said. “Obviously, it’s not the result we wanted, but we played a team that has played over double the amount of games we’ve had, and we fought our hardest and we pushed as well as we could. We created a good team bond that will last past the season.” 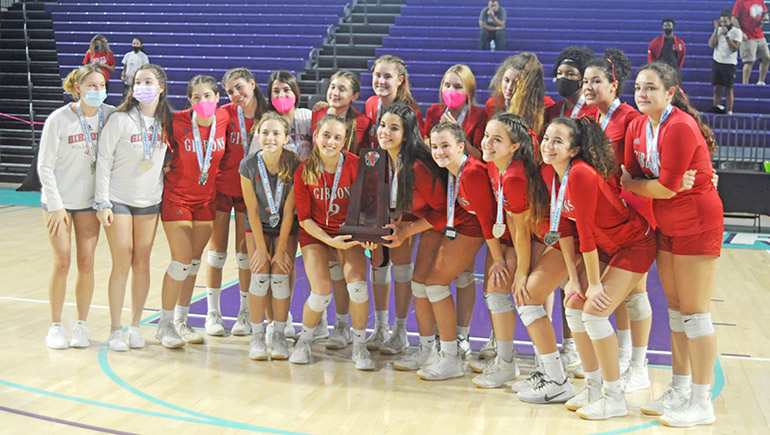