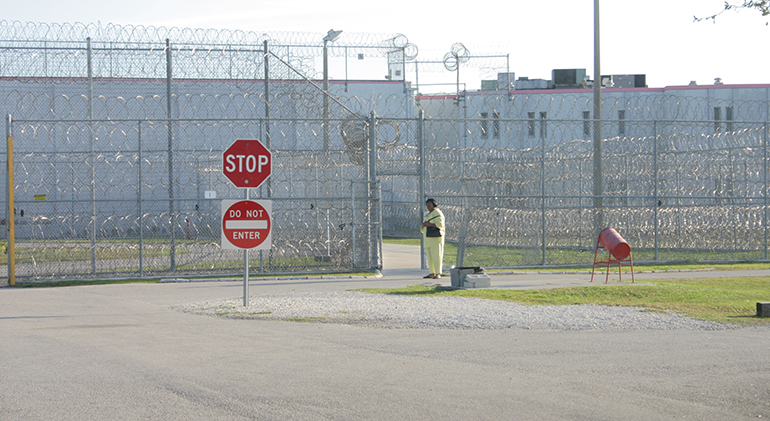 For years, Florida's bishops have backed civil citations, rather than arrests, for teens who commit misdemeanor offenses. Working with faith-based groups, the bishops are trying to make the practice more widespread throughout Florida.

MIAMI | Teens referred to law enforcement for misdemeanor first offenses should get second chances rather than bear the "scarlet letter" of an arrest for the rest of their lives.

So say the bishops of Florida, hundreds of other faith leaders and even some state attorneys.

Authorized in 2011, civil citations give law enforcement the option of dealing more gently with non-serious misdemeanors, sending offenders to diversion programs rather than prison. If the offenders finish the program, their criminal record is withheld. This alleviates the life-long problem of having an arrest record hamper a youngster's life.

Miami-based DART and its local affiliate, PACT (People Acting for Community Together), have succeeded in promoting the use of civil citations for youths in South Florida. At least 95% of minors in both Monroe and Miami-Dade counties were afforded the civil citation alternative to arrest.

But that's not true throughout the rest of the state. Broward County, for example, only offered civil citations to 60% of the youths arrested there last year, according to DART officials. The movement’s goal is to raise that level to 80% throughout Florida.

“It is important that we reverse this trend of arresting children over minor offenses," Archbishop Wenski said.

He noted that the Tallahassee-based Florida Catholic Conference, which represents Florida's bishops in matters of public policy, promotes the use of civil citations.

“We must continue to keep (the law enforcement community) accountable so that they continue to extend the application of this program to all eligible children,” Archbishop Wenski said.

Msgr. Chanel Jeanty, Miami archdiocesan chancellor and vicar general, helped convene the virtual press conference. He is a longtime advocate of civil citations and a board member of PACT. He noted that some 5,000 youths were arrested and given criminal records last year in Florida.

Arrest records are a significant obstacle to juveniles later in life — described by one lawmaker as a kind of "Scarlet Letter’ — when they apply for scholarships, jobs, and entrance into the military. The use of expungement or sealing of records is reported to be porous due to modern technology.

“We have been working together on this (issue) since 2014 and this is the first time we have invited all the (DART) network members from all the Florida counties to join us," Msgr. Jeanty said. "We cannot simply stop because COVID has come our way.”

Florida’s civil citation program directs juveniles toward a community-based diversion program. It is offered for first time misdemeanors (non-serious offenses), allowing juveniles to make restitution to victims and complete interventions to change their behavior without obtaining a criminal record.

Another civil citation proponent in Florida, Father Chris Hoffman, a priest based in Port Orange, told the press gathering that his local attorney general has enthusiastically begun reviewing youth arrest records through a new measure that can retroactively reduce a teen arrest to a civil citation.

“This process was only put into place a few weeks ago but already 25 children have been able to avoid getting an arrest record,” Father Hoffman said. “We feel confident that through the leadership of our state attorney's office, that Volusia county will be at an 80% usage rate or better for juvenile citations. We will continue to grow the juvenile civil citation program.”

In the Tampa area, the Rev. Jean Cooley of the Presbyterian church, cited numbers showing that most youths who complete the civil citation program will not become repeat offenders.

“We believe children should get second chances if they commit a childish behavior,” she said.