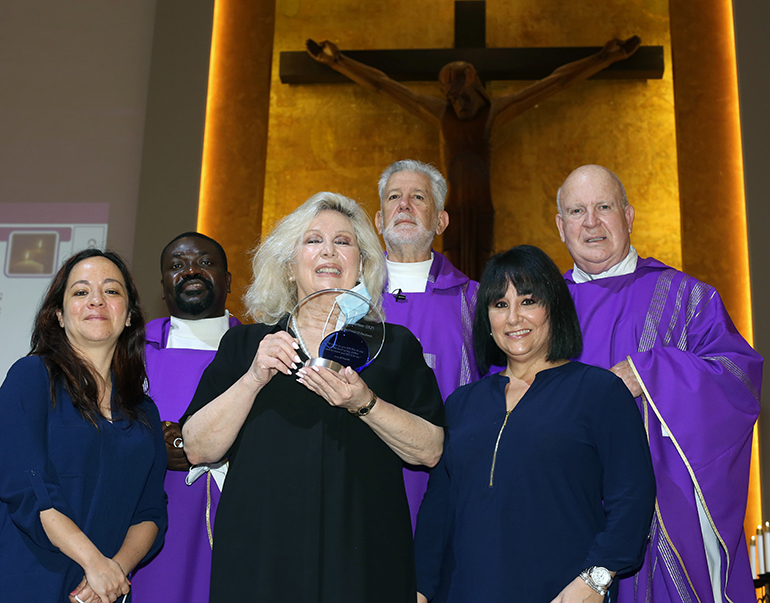 MIAMI | Getting the COVID-19 vaccination takes abilities that many elderly, disabled and undocumented people don’t have, such as using a computer or even owning one. Many don’t have transportation. However, when the vaccine became available to people older than 65, Corpus Christi parishioners and staff stepped up to help. 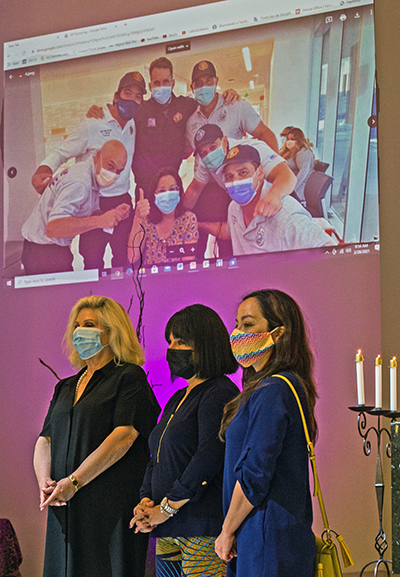 “We made a list of those needing help,” said Father Federico Capdepon, a retired archdiocesan priest who helps at Corpus Christi and came up with the idea for the project. “When Jackson Memorial Hospital staff calls us and says we have the vaccine available on a certain day, we call names on the list and tell them if they want, we can come over and drive them to the hospital.”

Fatimo Garcia, parish communications coordinator, collected most of the names of people older than 65. Through the end of February, 500 people have taken advantage of the opportunity to get vaccinated, he said.

“It’s not always easy to get in touch with the people,” said Father Capdepon. “We have become like Uber drivers ready at a moment’s notice. The main taxi driver is our pastor, Father Jose Luis Menendez.”

The Jackson healthcare workers have been a light amid the darkness, said Father Menendez.

At one point, the area around Corpus Christi, Allapattah, was the epicenter of the virus in Miami, said Deacon Tony Perez, who delivered the homily at a Mass Feb. 28, 2021 honoring the staff at Jackson Memorial.

“The medical staff at JMH put their time and talent to work for the greater good of all,” he said. “They are heroes.”

Father Menendez thanked JMH with a plaque for their efforts in getting people vaccinated. He also presented a $5,000 check to the International Kids Foundation Wonderfund. It’s a Jackson Health Foundation program that helps children worldwide gain access to life-saving and life-changing medical treatments unavailable in their own countries. Since its founding in 2001, the IKF Wonderfund has raised more than $21 million and helped more than 650 children in more than 50 countries. 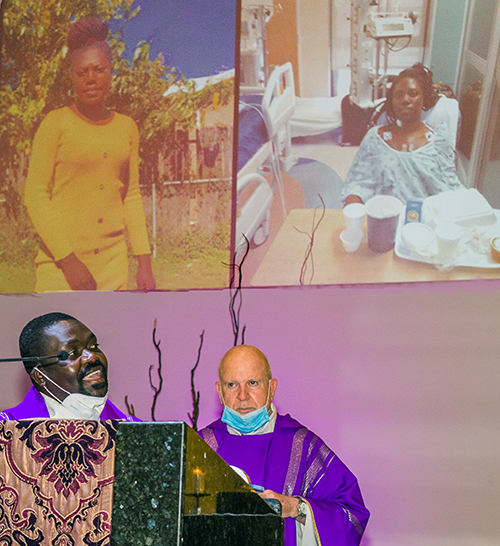 “We depend solely on fundraising,” said Martinez. “Many of these countries, mainly in Latin America, don’t have the facilities or the specialist doctors to do certain surgeries.”

Father Joseph Jean-Louis, parochial vicar at Sacred Heart Parish in Homestead, and the uncle of one of the children which the IKF Wonderfund recently helped, attended the two Masses, one in English and the other in Spanish, where the Jackson and Wonderfund personnel were honored.

“The doctors at Jackson saved my 16-year-old niece’s life,” Father Jean-Louis said. “She lived in Haiti and my sister told me she had a heart murmur and needed surgery. This surgery isn’t done in Haiti. We were unable to find help for her there. I told Father Federico about my niece and he referred me to the Jackson Foundation.”

They arranged for her travel visa and paid all her expenses, he said. The foundation took care of her $100,000 open heart surgery. She is here in South Florida and has been going to Jackson for follow-up at no extra cost.

“I want to thank the Jackson Foundation and staff from the bottom of my heart for saving my niece’s life, the cardiologist, the nurses and United States Senator Rick Scott’s office for scheduling an appointment in the U.S. embassy in Haiti. Because of the help from Senator Scott’s office, the embassy gave them the visa without delay.”

Hope Sadowski - 03/09/2021 11:20 AM
These are wonderful stories that need to be shared more often. No surprise that both Father Menendez and Father Capdepon are always helping and aiding those in need. Thank you. I did not know about this foundation. Thank you for the information and nice article.