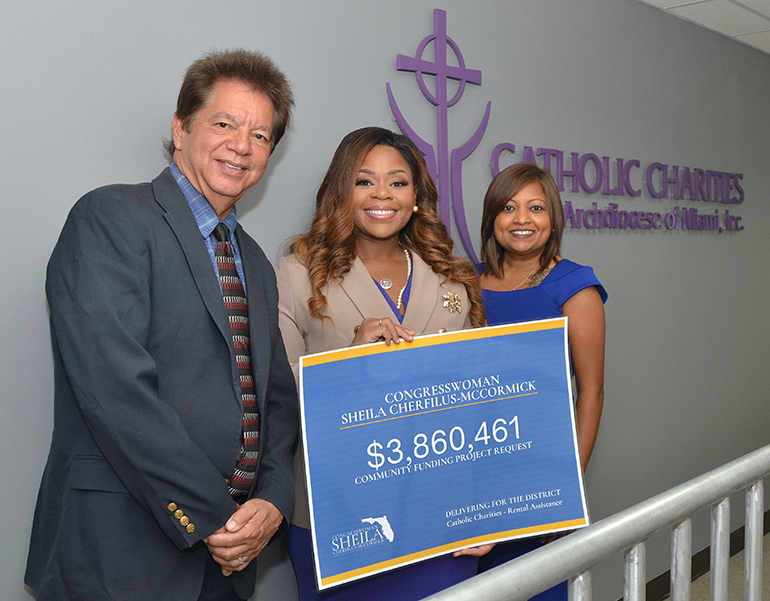 WILTON MANORS | Catholic Charities has been selected for a $3.8 million federal grant proposal for rent assistance, a grant that could help more than 200 families threatened with homelessness in Broward County.

If ratified by state legislators, the aid would ease the strain on renters with eviction notices or past-due bills in rent, electricity and food vouchers for up to six months.

“We were looking for organizations with a track record of helping,” she said. “Catholic Charities was a no-brainer.”

More than 200 organizations were considered for congressional funding, and Catholic Charities placed in the top 15, McCormick said.

The application now goes for approval to the Florida legislature. Catholic Charities expects word by September.

“In my 30 years, this is as great a crisis as we've seen in housing,” he said. “If approved, this grant will tackle a major issue that our workers confront. It centers on the human dignity of every person and family.”

Numerous studies and news articles have tracked the plight of the working poor, who were already squeezed by low wages and high rents before the COVID pandemic.

Conversely, Catholic Charities cited a study that indicates temporary housing aid cuts the risk of going to a homeless shelter by 76%.