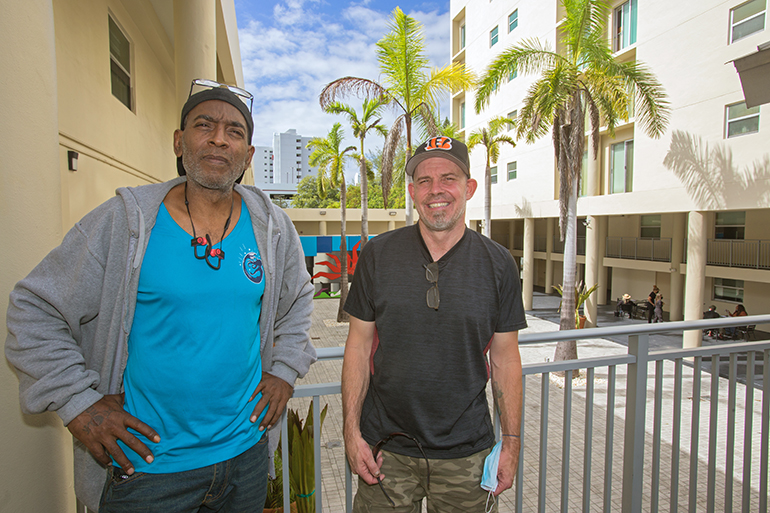 MIAMI | Darnell Metcalf and Rodney Grant became friends at the main Miami-Dade Public Library in downtown Miami. They were both Marine Corps veterans and homeless.

“The library is a meeting place for homeless people,” said Jenny Gomez, a licensed clinical social worker and program supervisor for The Matt Talbot Outreach Program, which develops trust with the homeless. “I would see Darnell and Rodney every day sitting in the same spot. At first, they told me to ‘get out of my face’ when I approached them and asked if they needed help. It took me months to gain their trust. They just don’t trust a lot of people.”

Miami-Dade County was the first county in Florida to have a social worker at the main library advocating for the unhoused, said Gomez.

Grant slept behind the Miami Arena for several years. Metcalf slept outside a downtown Miami restaurant.

“The restaurant owner let me stay there,” he said. “He gave me food and I worked at odd jobs in the restaurant. He even gave me a letter of recommendation.” 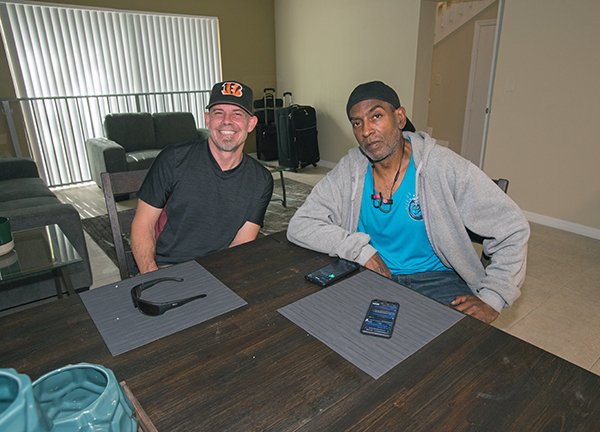 The homeless find safe nooks and crannies, Gomez said. They find freedom on the street. They resist shelters because of the strict rules and the dangers they experience there.

“People have been beaten up for snoring in shelters,” Gomez said. “Shelters can be worse than the streets.”

The homeless come to Miami because of the warm winter weather. She said about 1,000 people are living on the streets in Miami. Many have pitched tents on downtown sidewalks.

One day, Gomez heard Grant yelling in the library. He told her that someone had stolen his wallet with his money and identification.

“I talked to him and helped him and eventually he got his identification back,” said Gomez. “He was surprised by my help. ‘You actually care!’ he said.”

On Nov. 7, 2021, Gomez picked up Metcalf and Grant, who were waiting with their packed belongings, at the main library. She transported them by van to Somerville Residence, part of Camillus House, where they moved into a newly refurbished 2-bedroom, 2-bath, Internet-equipped townhouse apartment where they would pay either nothing or 30% of their income.

“During their time at Somerville Residence, they will receive support for issues such as mental health and substance abuse,” Gomez said. “We give them supportive housing to help them function in society, find employment, whatever they need. We have a one-year program intended to stabilize those who have been living on the street.”

Metcalf and Grant say they were shocked at their good fortune when Gomez told them they had been accepted into Somerville Residence. After the first night of living in their townhouse, they hugged her and gave each other high-fives.

Both Metcalf and Grant left the Marine Corps as sergeants. Metcalf, 59, served from 1980 to 1986 as a combat engineer. He was raised in foster care and endured a lifetime of trauma. After enlisting at 17, he served as a United Nations peacekeeper in Beirut, Lebanon, during the Lebanese civil war, when terrorists bombed the U.S. Marines barracks. The bombing killed 220 Marines, 18 sailors and 3 soldiers. Fortunately for Metcalf, he had left the barracks that day, Oct. 23, 1983.

Metcalf said that as peacekeepers the Marines were unarmed. He said he originally wanted to be a Marine Corps lifer, but incidents he saw in the military made him decide to leave. He ran a vehicle emissions testing company in Colorado until the state took over emissions testing and he lost everything, including his house.

“I struggled looking for work throughout the country,” he said. “You take what you can carry in suitcases. I had some minor problems with the law. A criminal record hurts you when you look for work.”

Grant, 53, was a Marine Corps infantryman and also entered the corps at 17, in June 1985. He left the corps in 1991, also disillusioned with the military. He found work in central Florida, building in-ground pools for a swimming pool company, but lost the job and became homeless. 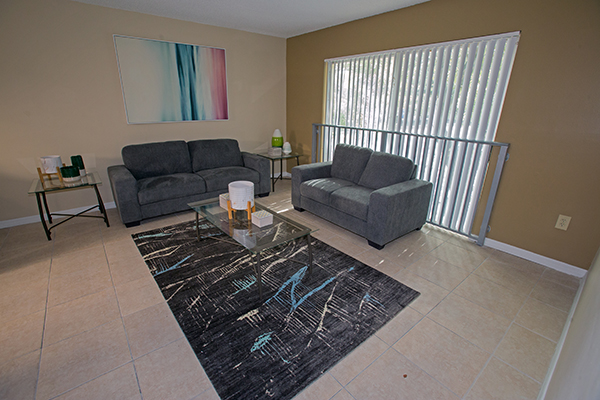 “There are just too many hurdles and barriers to overcome with the Veterans Administration,” said Grant, an Ohio native, proudly wearing a Cincinnati Bengals baseball cap. “We risked our lives in the military, unlike most people, and we have not been given the respect and appreciation we deserve. The Vietnam veterans were spit on when they returned to the U.S.”

Many veterans just give up trying to get help, said Gomez.

“They were traumatized by what they saw in the military, from combat to sexual abuse,” she said. “There are complex issues among the homeless: anger, substance abuse, mental illness. There is a great need for supportive housing.”

Despite the trauma and abuse, Metcalf and Grant are patriots and have great respect for the flag.

“The American flag should be flown on a pole or worn as a sleeve patch,” said Metcalf, who is African American. “There’s a double standard in the NFL. They criticize Colin Kaepernick for taking a knee, but lay the flag across the field. That’s disrespectful. A quadriplegic Army Ranger and Medal of Honor recipient told Kaepernick to take a knee. It angers me to see people wearing American flag-adorned clothing.”

He added that “a true patriot would never have stormed the Capitol on January 6.”

Correction: This article has been edited to reflect the fact that Rodney Grant left the Marine Corps in 1991, not in 2001 as originally stated; and Jenny Gomez spells her name with a "y" at the end rather than an "ie."

Dr Joan DiGregorio - 11/11/2021 04:25 PM
This is a wonderful report and all good wishes and blessings to this MOST worthy Dade County ADOM project! Many accolades to MS. GOMES, MSW for her dedicated and i inspired. work for and with the Lotd. We need to bring this program to Broward and Monroe! A true work of MERCY! Blessings , prayers and many thanks from the heart to all who have served and their loved ones as well on this Veterans Day 2021 MAY GOD DEEPLY BLESS YOU! Dr JOAN DIGREGORIO