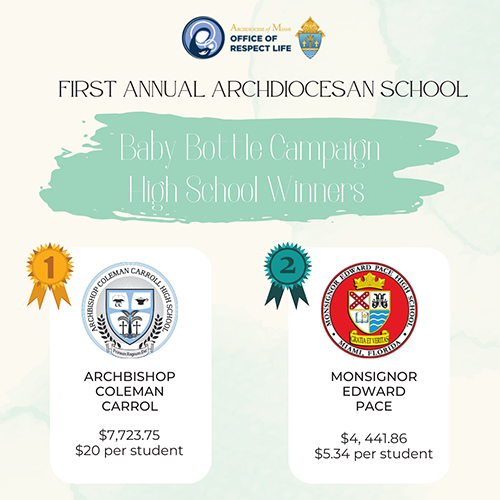 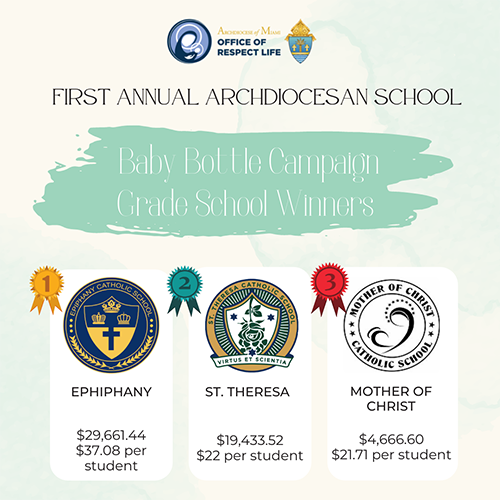 MIAMI | Getting archdiocesan schools to compete in the annual Baby Bottle campaign has yielded over $220,000 for the Respect Life Office’s Pregnancy Help Centers.

Forty-three elementary and high schools — out of 62 in the archdiocese — took part in the campaign, which took place between October and November 2021. This was the first time schools participated in the annual event, until now held only at the parish level. (See related story.)

Archbishop Carroll’s donation averaged out to $20 per student; Epiphany’s to around $37 per student.

Rebecca Brady, archdiocesan director of Respect Life, congratulated the schools “on a very successful initiative” that will benefit “the moms, dads and babies whom we serve.”

Stay tuned, she added, for this year’s Baby Bottle Drive & Educational Initiative, which will take place during Respect Life Month in October.

Click here and here to see the list of participating schools and the totals they collected, as seen in the images below. 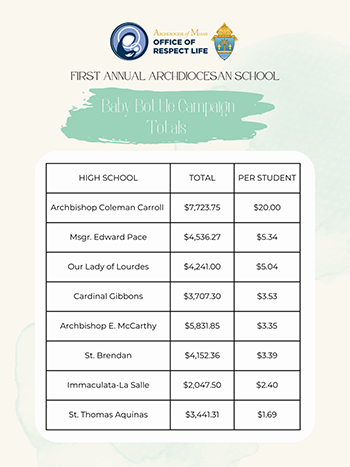 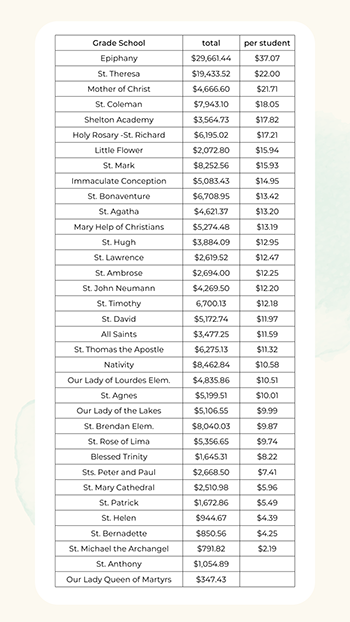