Ardy Pallin, current COO, will replace Joe Catania, who is retiring at the end of September 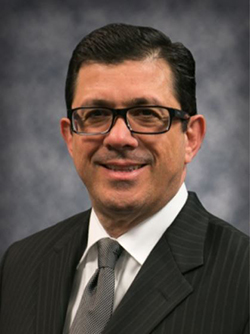 Ralph E. Lawson, chairman of the board of CHS, announced the appointment Sept. 2. He noted that as soon as Catania announced his retirement, a CEO search committee was formed comprised of CHS Board members and assisted by WittKieffer, a renowned executive search firm. The committee embarked on a “thoughtful and thorough nationwide quest to identify the best possible candidate for this highly visible and intensely demanding position,” Lawson said.

He added that Pallin’s decade on the CHS board of directors allowed him to “gain a deep working understanding of all the businesses and operations of CHS.”

“I am also fully aware that over the last four years Ardy, through his strong leadership and guidance style, has garnered the admiration, respect and trust of the entire CHS team,” Lawson said. “The entire CHS Board and Archbishop Thomas Wenski, the Archbishop of Miami, have great confidence in Ardy’s ability to lead this great organization into the future.”

“As we come together with boundless gratitude to Joe Catania for all his years of exceptional service and wish him the very best in his retirement, I invite you all to join me in congratulating Ardy on his well-earned promotion and to rally behind him in full support as he takes charge and forges ahead,” Lawson said.