8 to be ordained priests May 8

Ceremony to be livestreamed from Fernandez Family Center at St. Thomas University

MIAMI | Eight transitional deacons will be ordained to the priesthood for the Archdiocese of Miami on Saturday, May 8, 2021, at 10 a.m. To accommodate more people while maintaining social distancing requirements, the ceremony will be held at St. Thomas University’s Fernandez Family Center in Miami Gardens. Admission will be by invitation only, but the ceremony will be livestreamed on the archdiocesan website and Facebook and YouTube pages. Following are brief profiles of the ordinandi. 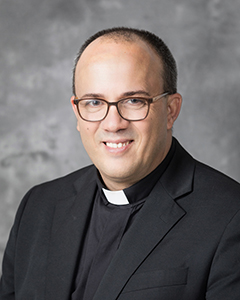 Born Nov. 8, 1972 in Colon, Matanzas, Cuba, Deacon Alfonso is the oldest of two brothers. He immigrated to the U.S. in 1998, earned his bachelor’s degree in philosophy from St. John Vianney College Seminary in Miami and is currently completing his studies at St. Vincent de Paul Seminary in Boynton Beach. He is serving as a deacon at Nativity Church in Hollywood and his home parish is St. Dominic in Miami. 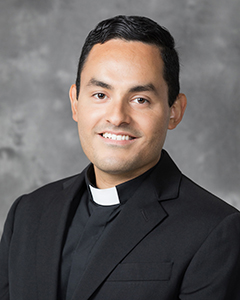 Deacon Chamorro was born Nov. 22, 1989, in Miami, and graduated from Miami Coral Park Senior High, Miami-Dade College, and Florida International University, where he earned a bachelor’s degree in English literature. He is the sixth of seven brothers, most of whom live in Nicaragua. He earned another bachelor’s degree in philosophy from St. John Vianney and is currently completing his studies at St. Vincent de Paul. He is serving as a deacon at Little Flower Church in Hollywood and his home parish is St. Michael in Miami. 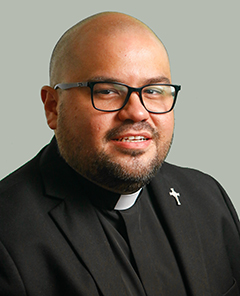 Deacon Chavez was born May 19, 1987 in Asuncion, the capital of Paraguay. He is the youngest of three brothers. He has a law degree as well as an associate’s degree in education from the Universidad Nacional de Asuncion. His involvement in the Neocatechumenal Way eventually led him to the priesthood and Redemptoris Mater Archdiocesan Missionary Seminary in Hialeah. He earned a bachelor’s in philosophy at St. John Vianney and is finishing his master’s in divinity at St. Vincent de Paul. He is serving as a deacon at Our Lady Queen of Martyrs in Fort Lauderdale. 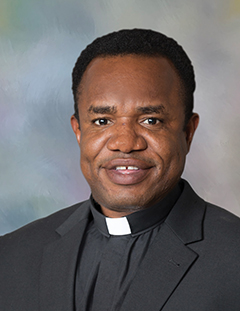 Deacon Ekezie was born Nov. 3, 1981 in Mbano, Imo State, Nigeria, the fourth of eight brothers and sisters. He graduated from St. Peter’s Junior Seminary in Okigwe; then earned bachelor’s degrees in philosophy and theology from Seat of Wisdom Seminary Owerri in Imo State, which is affiliated with Pontifical Urbaniana University in Rome. After coming to the U.S., he studied at St. Leo University in Tampa before entering St. John Vianney. He is now completing his studies at St. Vincent de Paul and serving as a deacon at St. Louis in Pinecrest. His home parish is St. Bernard in Sunrise. 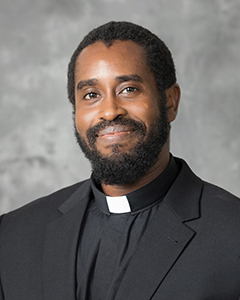 Deacon Lully was born Oct. 2, 1990 in Fort Lauderdale, the third of seven children. He graduated from Fort Lauderdale High school and earned a bachelor’s degree in urban and regional planning from Florida Atlantic University. He earned a certificate in pre-theology from St. John Vianney and is currently completing his studies at St. Vincent de Paul. He is serving as a deacon at St. Gregory the Great in Plantation. His home parish is St. Clement in Fort Lauderdale. 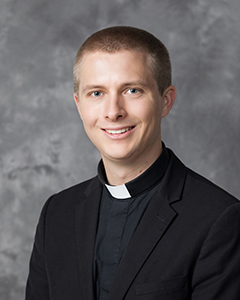 Deacon Pierce was born Jan. 27, 1991, in Maui, Hawaii. He was raised an only child but now has a half-sister who is 12. He studied liberal arts for two years at Maui Community College before entering the seminary. Raised with no religious background, he entered the Catholic Church through the Neocatechumenal Way and was baptized at the age of 19. He is part of the community at Redemptoris Mater Seminary and is currently completing his studies at St. Vincent de Paul. He is serving his diaconate year at St. Lawrence in North Miami Beach. 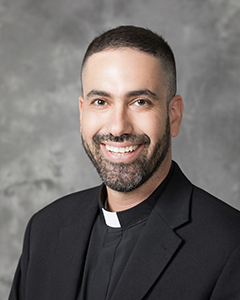 Deacon Siqueira was born May 10, 1984 in Governador Valadares, Minas Gerais, Brazil. He is the middle child of three siblings and worked as a woodworker until he felt the call to become a priest in 2012. He is a graduate of St. John Vianney with a bachelor’s degree in philosophy. He is now completing his studies at St. Vincent de Paul and serving as a deacon at St. Andrew in Coral Springs. 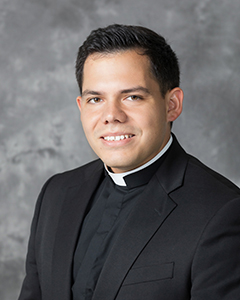 Deacon Toledo was born Dec. 21, 1993 in Miami’s Mercy Hospital, the oldest of two brothers. He attended Belen Jesuit Prep for two years, then graduated from G. Holmes Braddock High in 2012. He entered St. John Vianney Seminary immediately after high school, graduating with a bachelor’s degree in philosophy. He is currently completing his studies at St. Vincent de Paul and serving as a deacon at St. Coleman in Pompano Beach. His home parish is Mother of Christ in Miami.