Program recognizes seniors who excel in academics and community service

MIAMI | What can one person do to alleviate the misery in the world? Five Silver Knight winners from archdiocesan high schools proved that much can be done — even by teenagers.

Those touched by the teens’ outreach included hurricane survivors, victims of human trafficking, children in the Congo, people with cancer and the elderly separated from their loved ones by the coronavirus.

Eleven other members of the archdiocesan class of 2021 received honorable mentions in this year’s edition of the Silver Knights, which has been sponsored by The Miami Herald since 1959. The Silver Knights recognize both academic excellence and outstanding service to the community.

This year, Belen Jesuit in Miami had two Silver Knight winners and two honorable mentions. Cardinal Gibbons and St. Thomas Aquinas in Fort Lauderdale had one winner each as did St. Brendan High School in Miami.

St. Thomas and Christopher Columbus High in Miami added three honorable mentions apiece. The other honorees came from Archbishop McCarthy High in Southwest Ranches, Carrollton School of the Sacred Heart in Coconut Grove and Our Lady of Lourdes Academy in Miami.

Also receiving an honorable mention, in the category of Athletics, was Felicia Taylor, who did not attend a Catholic high school but is a parishioner at St. Matthew in Hallandale.

In total, 619 students representing 65 Miami-Dade schools and 34 Broward schools, both public and private, were nominated by their schools in 15 academic categories. Winners were selected for both Dade and Broward schools.

Each of the 30 winners received a $2,000 scholarship from the Knight Foundation, a Silver Knight statue, an AAdvantage 25,000-mile travel certificate and the Silver Knight medallion presented by American Airlines. The 90 seniors who were named honorable mentions received a plaque and $500.

Following are descriptions of the 2021 winners and the names of the honorable mentions, all taken from the Miami Herald's Silver Knight site. 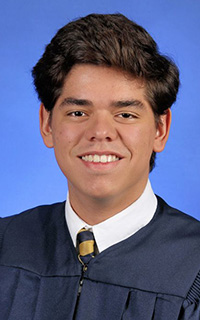 Juan was introduced to Be The Match, a nonprofit that matches cancer patients with its bone marrow donor registry to improve transplant outcomes, when his mother was diagnosed with Non-Hodgkin’s lymphoma. Through the bone marrow registry, she found a match and received lifesaving treatment. He was inspired to join the organization as an advocate and ambassador, recruiting individuals to sign up for the registry and become potential donors. Juan used social media to promote the story of his mom and the bone marrow donor registration drive he would be hosting at Belen’s annual spring carnival. The result: 100 people signed up to be potential donors. He has served as vice president of his school’s Mu Alpha Theta chapter, the national honor society for mathematics. 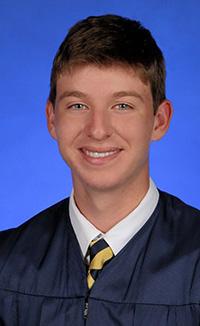 David took education for granted until he visited Kasai in the Democratic Republic of the Congo as a volunteer with Hope for Kasai, a nonprofit that aims to create better living conditions and opportunities for children and adults in Kasai. When the organization built a maternity home, the infant mortality rate dropped from 50% to 5%. Through the creation of a clean water source, people started to drink water without being at risk of bacterial disease. After that trip, David launched his “One Brick at a Time” campaign to build a new school. So far, $45,000 has been raised and the first three classrooms have been completed. 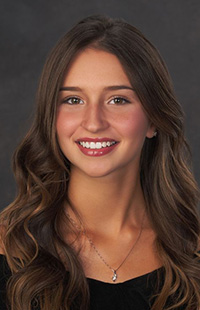 After learning that Broward County ranks third in the country for human trafficking, Sophia jumped into action. In 2019 she founded her own company, Cein Bleu. The company, through its website, designs, manufactures and sells belts to young girls as a way to raise funds for the Blue Heart Campaign, a global effort to fight human trafficking. Donations to Blue Heart go to the U.N. Voluntary Trust Fund for Victims of Trafficking in Persons. Sophia has devoted over 820 hours to create her company’s brand, building a website and using social media to spread the word about the risks and dangers of human trafficking. She is president of her school’s chapter of Mu Alpha Theta, the national math honor society, and president of her school’s chapter of the National Honor Society. Sophia also volunteered with Jack and Jill Children’s Center and Special Olympics. 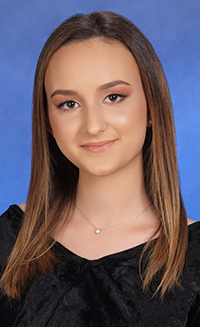 Julianne put her programming and digital media skills to work to reconnect the elderly with their families amid the pandemic. As many senior living facilities and hospitals prohibited family visits, many seniors felt isolated, separated from their loved ones. Julianne designed, developed and built Empathy, a robot that could be remotely maneuvered and provide virtual interaction through digital media. Through her programming, high-resolution cameras and microphones, this innovative technology helped families reconnect virtually. Julianne received a 2020 Hispanic Heritage Foundation’s Engineering Category Golden Award for her project and was named a Yale Young Global Scholar. (You can read more of her story here) 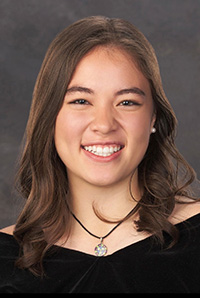 The 2016 hurricane season devastated thousands living in impoverished countries. To help, Mika founded the nonprofit Soap for Souls, which collects and donates eco-friendly toiletries and feminine hygiene products to hurricane victims. In 2018, she expanded its mission to spread awareness about hygiene equity, pollution and public health issues in developing countries, sending over 3,000 items to people in need. Mika has been a member of the Thespian Honor Society and Drama Club since her freshman year, instrumental in the production of several school plays and musicals. She has recruited members from the drama teams to volunteer in her philanthropic work. Despite the pandemic, the drama team won Florida State Cappies for its work in props, hair and makeup, with Mika leading the props crew. She is also a Smithsonian digital volunteer.