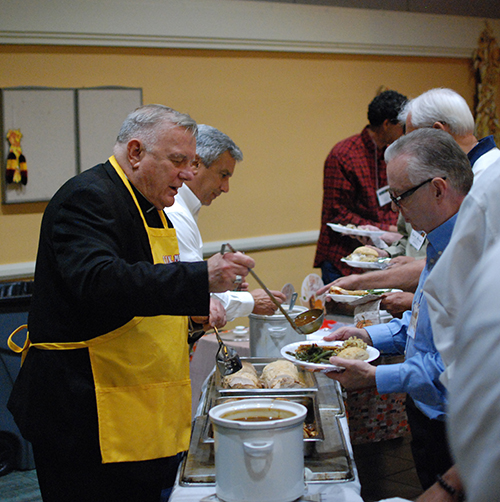 KENDALL | Over 100 members of the Men’s Club of St. John Neumann Church here welcomed Archbishop Thomas Wenski Nov. 6, along with his message that “No human being is a ‘problem’.”

The archbishop spoke at the club’s annual Thanksgiving dinner meeting on a range of issues that underlie the Church’s message on social justice, including immigration, refugees, the sanctity of life, and the club’s outreach to the community at large.

Then, together with St. John Neumann’s pastor, Msgr. Pablo Navarro, the archbishop helped serve Thanksgiving dinner and enjoyed an evening of fellowship with club members. The club awarded the archbishop an honorary membership and presented him with an embroidered honorary member guayabera.

St. John Neumann’s Men’s Club, built on a mission of faith, fellowship and service, is known for its programs and projects. At the Nov. 6 meeting, it made a $1,500 donation to St. John Neumann School in support of NEWSELA, a middle school reading resource program.

The club is also sponsoring the Deacon Thomas Aguilu and Peter McCullagh Merit Scholarship essay contest for eighth graders and high school seniors, which will be awarded in May.

Through monthly meetings, support for parish ministries, and projects in the community, the members of the St. John Neumann Men’s Club have been actively involved in “building the city of God” since 1981. 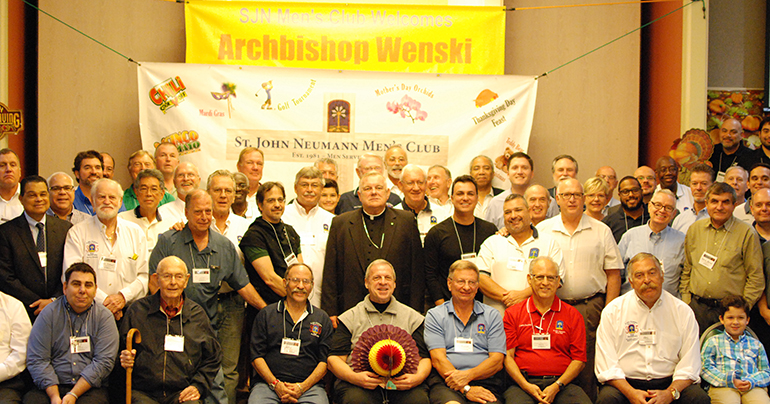