At least one parish and a parochial school in Marsh Harbour, Bahamas, reportedly in ruins 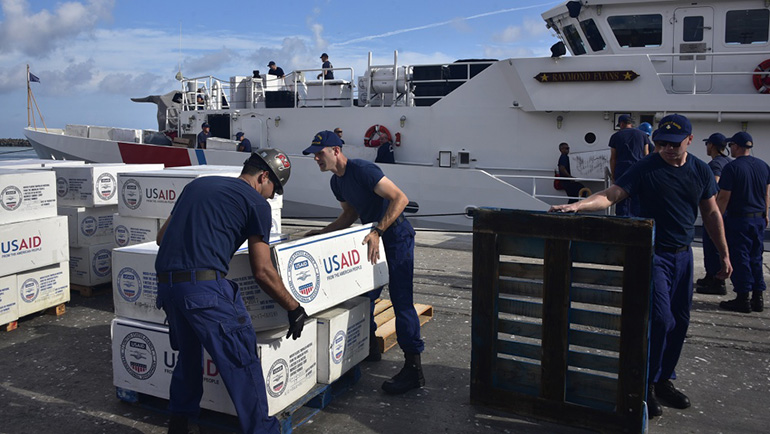 Situated in central Abaco just a few blocks from the Atlantic Ocean, St. Francis de Sales Parish and School were in a highly traumatized region of Abaco after Dorian dealt its punishing winds and storm surge to this part of the Bahamas during landfall Sept. 1-3.

“The whole school is totally gone and the Catholic church was damaged, especially the roof and one side of the wall is off; it was serving as a shelter,” said Elmer Bongon, who said he is a Philippines-born educator in Abaco for the past 18 years and had been serving as an interim parish administrator at St. Francis de Sales following the death of the pastor earlier this year. 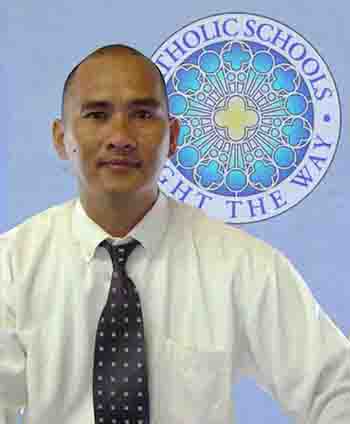 St. Francis de Sales School's assistant principal, Elmer Bongon, is pictured here on the school's website. He, his wife and two children weathered Hurricane Dorian and are preparing to leave their home in Abaco to look for shelter in Nassau.

Further up the road in northern Abaco, Sts. Mary and Andrew Catholic Church in Treasure Cay is “totally gone, it was under four feet of water,” said Bongon, who retrieved the official baptismal and other parish records from both churches before the storm arrived.

After waiting out the storm with his family in an apartment in southern Abaco, where the winds were somewhat less intense, Bongon said he was looking for a way to take the church records and his wife and two children to Nassau as early as Saturday.

He said he planned to deliver the records to Nassau Archbishop Patrick Pinder and then find a temporary situation for himself, his wife and children, all of whom are suffering mentally following Dorian.

Last Monday (Labor Day in the U.S.) was to be the first day of school at St. Francis de Sales with an estimated 340 children enrolled, but many of those families had evacuated to Nassau, Eleuthera and other places following a mandatory evacuation order from the government, Bongon said. Some took private boats, ferries and planes to escape.

Dorian hit the Bahamas as one of the strongest storms in Atlantic history. Its sustained wind speeds maxed out at 185 mph Sunday, tying a handful of other hurricanes for the second-strongest storm in the Atlantic since 1950.

“The students are scattered. Some are missing, many are in Nassau and I am sure our sister schools will accommodate some of them in Nassau but I don’t know yet what the plan is,” he said. “I have my two kids of my own in the school but I don’t know where they will go.”

The newly-homeless storm survivors — including residents of two shantytowns of mostly undocumented persons on Abaco — are increasingly desperate and looking for sustenance, with the threat of looting and strong-arm robbery a possible danger to anyone driving through the area unescorted, according to Bongon.

“My kids are suffering post-traumatic stress,” he said. “We stayed in our apartment in south Abaco, where we were trapped and couldn’t get out — we were surrounded by water. We couldn’t do anything but keep on praying for two days,” Bongon said, noting that the few local airports that are open are places of chaos, expensive flights and severe luggage restrictions on passengers.

Bongon said on Friday he and his family were at their apartment packing their belongings, which were mostly wet after storm water leaked through the ceiling during Dorian. They have no power nor water and only enough food for another day or so.

“We were able to survive it but the stress and trauma for the kids was really...,” he said, unable to finish his thought.

“Right now, we just need to get out of here, and shutter everything up and leave. We are still packing our stuff. There is no breeze, and we rely on battery lamps and we have enough food for a day or two and those people will be coming in here,” he said, referring to his fear of looters.

“Yesterday was really scary, and I wanted to check the church further, but people are not in their normal state of mind and it is really horrible,” he said of traveling in Abaco. “My goal now is to leave the island and the horrific conditions. My wife is here and since the storm we can no longer sleep.”

“I don’t know if there is an available school in Nassau where they can put me in, or we may go back home,” he added. 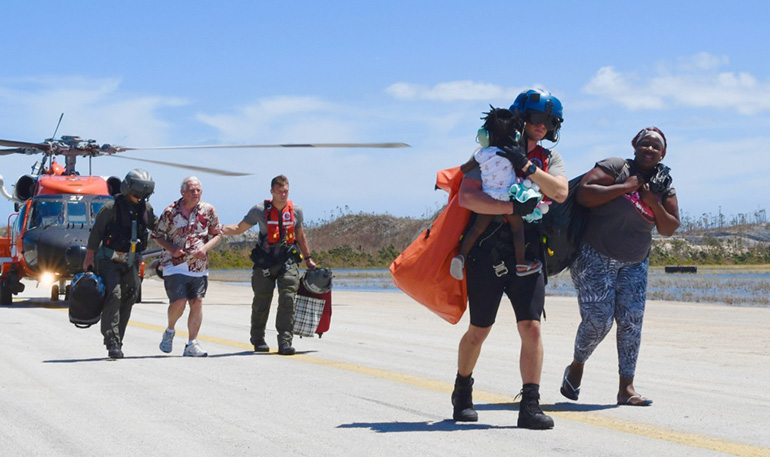 Members of the U.S. Coast Guard conduct search and rescue efforts after the passage of Hurricane Dorian in the Bahamas.