We don’t handle the truth too well

Archbishop Wenski's homily at Mass for the 2016 Archbishop's Motorcycle Ride 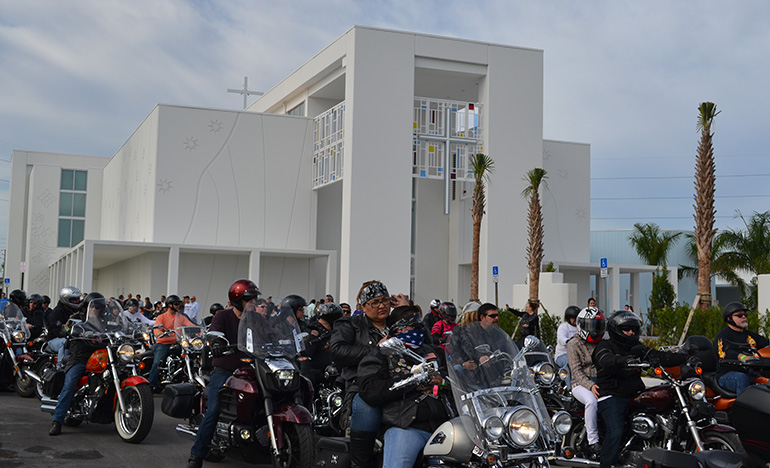 Motorcyclists set out from Our Lady of Guadalupe Church grounds on the 2016 Archbishop's Motorcycle Ride.

Archbishop Thomas Wenski preached this homily at the Mass for the 2016 Archbishop's Motorcycle Ride, which he celebrated at Our Lady of Guadalupe Church in Doral on Sunday, Jan. 31, 2016.

In the Gospel, Jesus is preaching to people of his own hometown, Nazareth. At first, they were impressed. Luke tells us, “They were amazed at the gracious words that came from his mouth.” But soon enough what he told them enraged them and they ran him out of town â and almost over a cliff. Some might say Jesus didn’t know to quit while he was ahead. At least he knew how to run â he got away before they could throw him over the cliff. 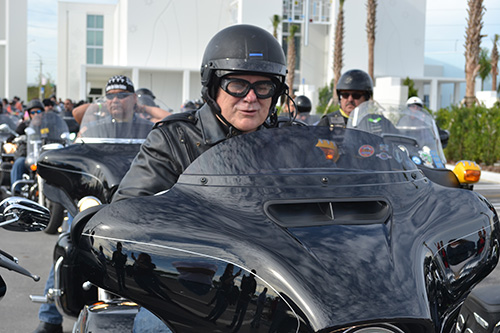 Archbishop Thomas Wenski prepares to set out on the 2016 Archbishop's Motorcycle Ride.

Jesus did not come merely to curry favor with men; he came to do his Father’s will. And like the prophet Jeremiah, in our first reading, Jesus also had to stand up and tell people what God had commanded him. Prophets don’t tell people what they want to hear; they tell them what they need to hear.

We all like to think that we want to know the truth. You tell your kids, your wives, and your husbands that you always want them to tell you the truth. How about the wife who asks her husband, “Does this dress make me look fat?” Do you think she wants him to tell her the truth? Sometimes, like they say, the truth hurts. It’ll certainly hurt that husband. But truth telling is part of that more excellent way Paul speaks about in his letter to the Corinthians, the way of love. For love, to be love, must be a love in truth. But, as parents know, love sometimes has to be a tough love when the truth requires us to seriously change something in our lives, in our attitudes or in the choices we make.

Jesus brought good news to the people of Nazareth. He told them that the blind would see, that the lame would walk, etc. But for them to believe that also meant that they had to change a lot about what they thought they knew about God, about themselves and their neighbors; it meant that they also would have to change their hearts. He is asking them to believe in him, and this in spite of the fact they thought they already knew who he was. “Isn’t this the son of Joseph?”

Like the people of Nazareth, we also struggle to hear and respond to God’s word in our lives. Remember Jack Nicholson as Col. Jessup in the movie, "A Few Good Men"? He tells Tom Cruise’s character: “You can’t handle the truth!”   Sometimes, we don’t handle the truth too well either. That’s because God’s word wants to take us beyond where we want to go. We tend to cling to selfish ways, rather than to give up our wills. And so we too can react much like the people of Nazareth did when Jesus said things that forced them out of their comfort zones. He was telling them that the Gentiles would also be saved. They rejected the message â and they wanted to kill the messenger.

Today, many have moved away from the faith (or, at least what they think the faith is about) â and they are angry about it. The Church â the teaching Church â is put off, ignored or rejected when she tries to reach out to others by preaching Gospel truths that are increasingly “inconvenient truths” in our culture, and this is true across the ideological spectrum. Those on the left applaud the Church when she teaches about justice and peace and creation care; but then react violently when she teaches about sexual morality, or the right to life from the moment of conception till natural death. Those on the right applaud the Church for her defense of the family and of marriage as a permanent union between one man and one woman for the sake of children, but then equivocate when she defends the poor, and the immigrants, and when she denounces the unacceptable inequality that is growing in our society between the rich and the poor.

And so if the truth hurtsâ¦ well perhaps it should! Too many of us want to shape God into being just like us. We want Him to think like an American, a capitalist, a liberal, a conservative, or whatever. We fancy God as seeing things just as we see them. All such ideas about God need to be challenged, and then we (not God!) need to change. What hope do we have to grow and be saved if we only worship a God who is just as small, just as mean, and just as petty as we are?

The people of Nazareth are a lot like us. And too often we are much like them. So when the truth hurts, when it confronts and challenges us, we ought to ask ourselves, “Why are we so upset?” We ought to take a second look and see if it is God who is causing us some growing pains.

We will never be saved if we worship only a God who suits us because we’ve made Him over into our own image and likeness. When we pray we should expect change, for prayer changes us, not God. 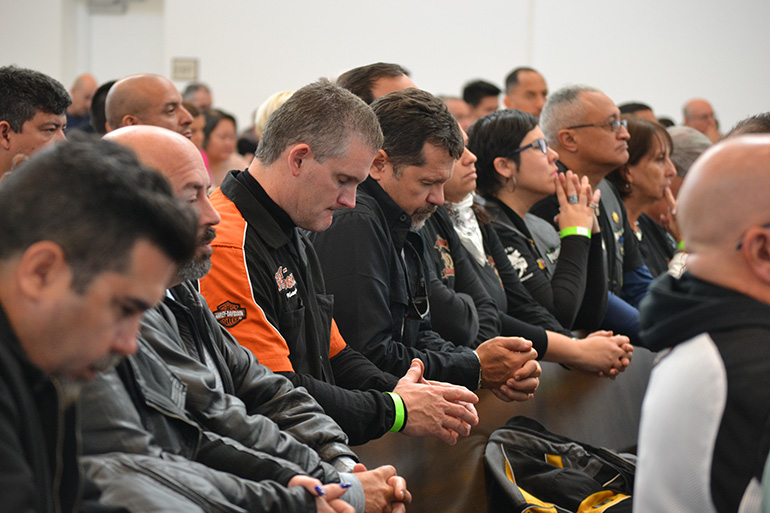 Bikers join Our Lady of Guadalupe parishioners to celebrate Mass before heading out on the 2016 Archbishop's Motorcycle Ride.