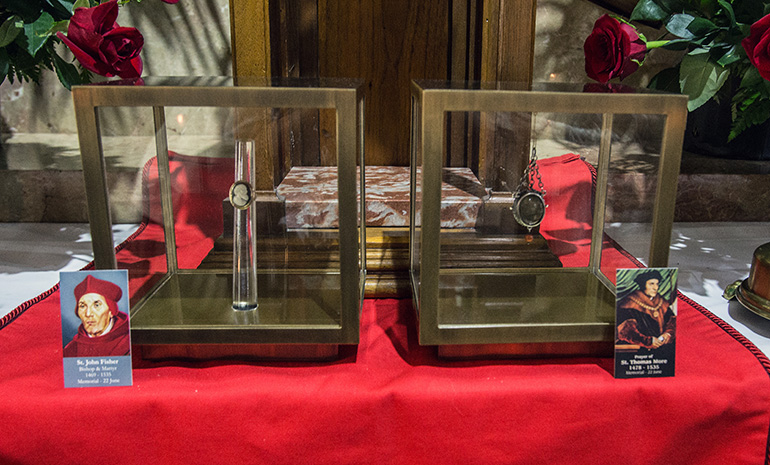 The relics, a piece of St. Thomas More’s jawbone and tooth and St. John Fisher’s ring, are on a tour in the U.S. as part of the annual Fortnight for Freedom celebration of religious liberty. “The Strength of the Saints” relics tour will end July 4 in Washington, D.C.

CORAL GABLES | Ruth Bukowski and Patricia Delapenha drove two and a half hours from Micco, north of Vero Beach, to see the relics of St. Thomas More and St. John Fisher on display at Little Flower Church, Coral Gables.

“These two Englishmen were really heroic,” said Bukowski. “They followed their faith and stood up against King Henry VIII’s attempted supremacy over the Catholic Church. We have a similar situation in the United States, today, where the government is forcing us to go against our faith. Seeing the relics and hearing Archbishop Thomas Wenski’s homily was very inspiring.” 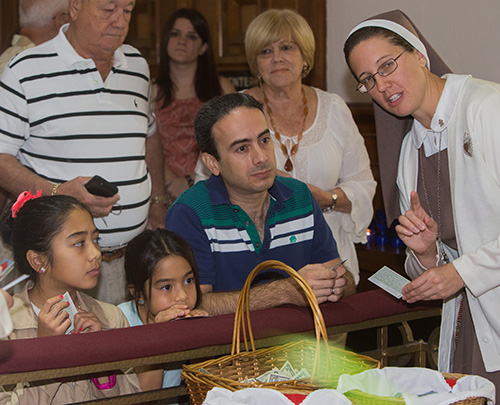 Sister Grace Heinrich, of the Servants of the Pierced Hearts of Jesus and Mary, explains the relics to Emma Crosa, 11, Anna Crosa, 8, and Andres Crosa. 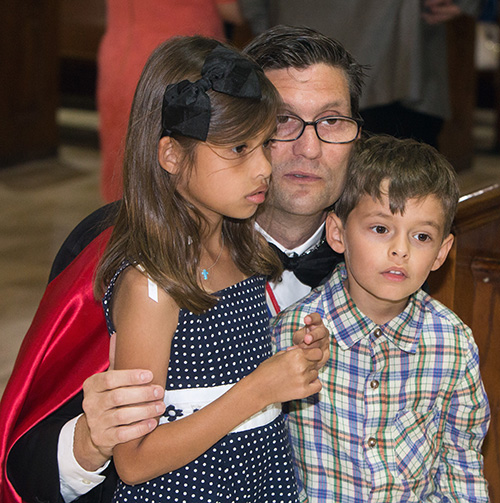 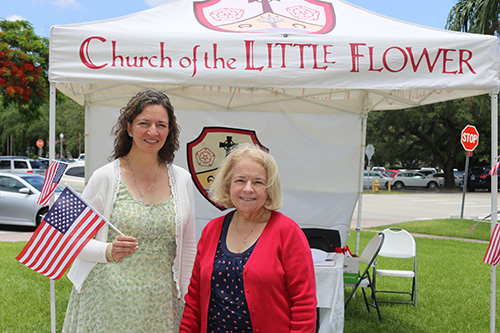 Cristina Sousa, left, and Maria Wadsworth, of Little Flower's Catholic Disciples in the Public Square, pose in front of their display table after the Mass celebrated by Archbishop Thomas Wenski. 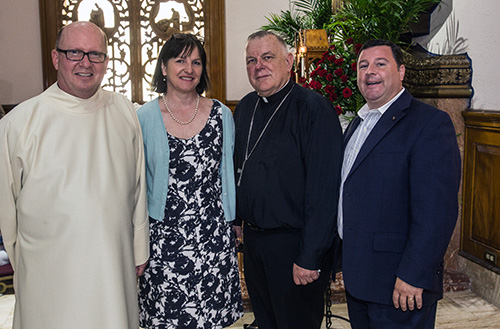 The king had Thomas More and John Fisher, a statesman and a bishop, respectively, executed as traitors for opposing his divorce and remarriage in the 16th century.

The relics, a piece of St. Thomas More’s jawbone and tooth and St. John Fisher’s ring, are on a tour in the U.S. as part of the annual Fortnight for Freedom celebration of religious liberty, which began in 2012. “The Strength of the Saints” relics tour began June 19 in Coral Gables â the vigil of the saint’s feast day â and ends July 4 in Washington, D.C.

The tour is a joint effort between the U.S. Conference of Catholic Bishops’ Ad Hoc Committee for Religious Liberty and Stonyhurst College in Lancashire, England.

“Carl Anderson, U.S. Supreme Knight, had an idea to bring the English martyrs’ relics to the U.S. for veneration and for Americans to learn from their example,” said Janet Graffius, curator of collections at Stonyhurst College. “After Miami, the tour goes on to Baltimore, Pittsburgh, Philadelphia, Minnesota, Denver, Phoenix, Los Angeles, and Washington, DC.”

Catholics in the Public Square

Stephen Colella, director of the Archdiocese of Miami’s Secretariat of Parish Life, said that the USCCB chose Miami to kick off the national tour.

“We’ve very honored,” he said. “Little Flower was chosen to host the relics because of its active Catholics in the Public Square Ministry. It was the logical choice. I was amazed at the enthusiasm of the people. They stood in long lines waiting to pay homage to the saint.”

Little Flower’s Catholic Disciples in the Public Square group educates people on the current issues impacting the Catholic Church and inspires them to get involved. Their goal is to bring people closer to Christ by making disciples out of fellow parishioners, fostering in them a deeper Catholic identity, and educating them on issues of religious freedom.

Archbishop Wenski said that anyone who thinks that concerns over religious freedom are overwrought should look at the ongoing genocide against Christians in the Middle East.

“We have seen images of Christians beheaded, crucified or burned alive in cages,” he said in his homily. “Modern-day martyrs are victims of a despotism in its hardest and harshest form.”

Yet in the U.S. people of faith are being increasingly subjected to a “soft despotism in which ridicule, ostracism and denial of employment opportunities for advancement are being used to marginalize us,” he said.

“A new religious intolerance is being established in our country,” he continued. “Sometimes, we are told, keep your religion to yourself. Religious faith is personal but it should never be private. Professing religious faith should not make anyone a second-class citizen. To stand up for the rights of conscience could require us to deny ourselves and take up our cross daily. This is the cost of discipleship, a cost that Thomas More and John Fisher paid courageously with their lives.”

The life of St. Thomas More was recounted in a movie, “A Man for All Seasons,” Archbishop Wenski noted.

“St. Thomas More and St. John Fisher are men for our season, for the times in which we live,” he said. “Today, a regime of political correctness wishes to impose itself on us and force us to conform ourselves, our values and our beliefs to the ascendant secularism of our time.”

To read more about the relics and the history behind them, click here. 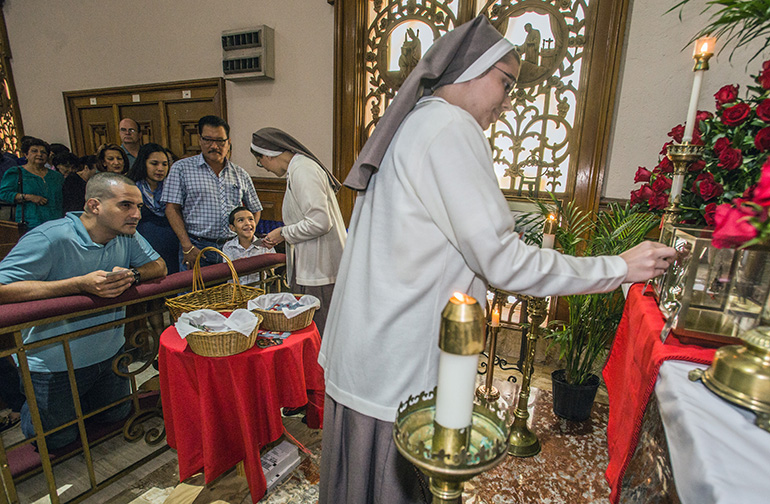 Sister Josephine Lundstrom, of the Servants of the Pierced Hearts, touches a religious item to the relic of St. Thomas More as Sister Grace Hienrich hands St. Thomas More and St. John Fisher holy cards to those in line.

Wednesday, 9 Dec 2020
Honoring those who give