Meet the newest administrators in the archdiocese

MIAMI | Seven schools got new principals this year, and Cardinal Gibbons High School and Our Lady of Lourdes Academy also got new presidents, a model of administration being implemented in archdiocesan high schools. Here are brief profiles of the incoming school administrators. 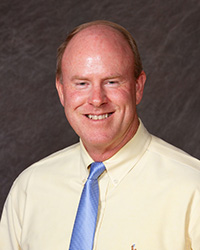 Thomas E. Mahon has been named president of Cardinal Gibbons High School effective with the 2019-20 school year, a new position based on the newly implemented president-principal model of administration.

In the fall of 2000, he was named Dean of Students. He worked in that capacity for the next 16 years, then moved into the role of assistant principal, where he served for an additional three years before being appointed to his current position. Mahon insists on teaching one course each semester: Honors Philosophy. Gibbons students hold a special place in his heart, and he is honored to be working alongside such great administrators, teachers and staff.

He and his wife, Jami, live in Fort Lauderdale with their three children. Kelly is a senior at Cardinal Gibbons, Megan is a Gibbons sophomore and Danny is a sixth grader at St. Coleman School in Pompano. 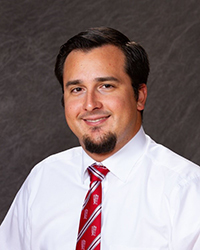 Oscar A. CedeÃÂ±o Jr. has been named principal of Cardinal Gibbons High School. He will work under the new president-principal model of administration.

Cedeño is a proud product of Catholic education in South Florida. He attended Blessed Trinity in Miami Springs for elementary/middle and graduated from Immaculata-La Salle High School in 2008. By 2013, he had earned both a bachelor’s in history from Barry University and a master’s in educational leadership from St. Thomas University.

Cedeño began working for the Archdiocese of Miami during college, as an assistant baseball coach under Oscar Benitez at Immaculata-La Salle. Upon graduating from Barry, he began teaching at Immaculata-La Salle, eventually becoming director of Student Services at (now closed) Archbishop Curley-Notre Dame. In 2016, he became Dean of Students at Gibbons, where he implemented new safety measures and accountability for students. Last year, he became assistant principal for Student Affairs before assuming his new role.

He looks forward to continuing the excellence of Gibbons as exemplified by his predecessor, Paul D. Ott. Cedeño and his fiancée, Melissa, will be married next June. He attributes his faith and teaching vocation to many throughout his life, in particular his parents, Oscar and Martha, the late Father Joseph Carney for the opportunity of enrolling at Blessed Trinity, and the combination of Salesian and Dominican traditions in his education. 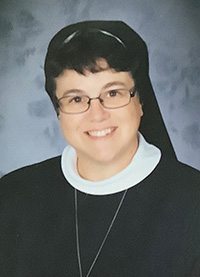 Sister Carmen Teresa Fernandez has been named the first president in the history of her alma mater, Our Lady of Lourdes Academy in Miami.

The oldest child of Felipe and Margarita Fernández, Sister Carmen was raised in Miami, where she attended Snapper Creek Elementary and Epiphany School before graduating from Our Lady of Lourdes Academy in 1985. She completed her studies at Immaculata University, where she earned bachelor’s and master’s degrees. She entered the Sisters, Servants of the Immaculate Heart of Mary, of Immaculata, Pennsylvania, in 1986. After professing first vows in 1989, she served as a teacher in the dioceses of Camden, New Jersey and Philadelphia, and as her congregation’s vocation directress.

In 2011, Sister Carmen returned to Our Lady of Lourdes Academy to serve as a theology teacher and director of campus ministry. Sister Carmen is grateful for the opportunity to serve her alma mater as its first president. She will work with an administrative team this year and name a principal later. 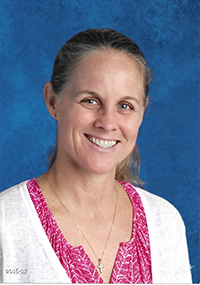 Deborah Ayash has been named principal of her alma mater, Blessed Trinity in Miami Springs, where she also has taught since 2001.

After graduating from St. Thomas University in 1991, Ayash began her educational career in the Miami-Dade County Public Schools system. Ten years later, when it was time for her own children to start school, the three of them moved to Blessed Trinity, their home parish and Ayash’s alma mater.

Since then, she has accepted many positions, doing whatever was necessary for the betterment of the school. From classroom teacher to media specialist, Ayash has accumulated various certifications over the past 27 years. Five years ago, she began her transition into the leadership role as curriculum coordinator and eventually assistant principal.

Ayash has taught everything from kindergarten to ESOL for adult education. She has served as a member of the Florida Catholic Conference accreditation team, and chairperson of the curriculum development initiative for the Archdiocese of Miami.

She believes God has placed her in this new role and is excited to work with such an amazing team, continuing their mission to witness and nurture the transforming power of the teachings of Christ through academic excellence and servant discipleship. 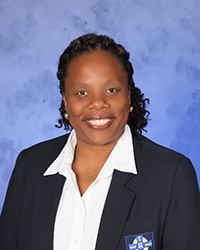 Brown received her bachelor’s and master’s degrees from the University of Miami, and her Specialist Degree from Florida International University. She has over 20 years of experience in education and has served in various roles including teaching general education students and students with behavioral and learning disabilities. Brown has worked as an assistant principal for a number of years, most recently during the 2018-2019 school year at Holy Rosary-St. Richard. Her greatest joy in education is functioning as an instructional leader and an advocate for students with disabilities.

She has also been actively involved in myriad Catholic ministries at Our Lady of Lourdes Parish, St. Louis Parish and various others, as a team leader and speaker for Life in the Spirit Seminars. She is also an extraordinary minister of holy Communion and sits on the board for the Catholic Charismatic Renewal of the archdiocese. She has been married for 14 years and she is a mother of two boys who are also benefiting from a Catholic education.

BARBARA PICAZO | Our Lady of the Lakes, Miami Lakes 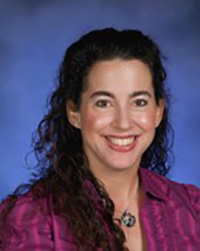 Barbara Picazo has been named principal of Our Lady of the Lakes School, Miami Lakes, her "second home" for the past 25 years.

For the past 25 years, Our Lady of the Lakes has been Picazo’s second home. She worked as a fifth grade and middle school language arts and religion teacher and has held the position of assistant principal since 2001. She also has served her parish as a catechist for over 10 years and as one of the coordinators for its religious education program for the past three years.

She is a proud alumna of Florida International University, from which she received a bachelor’s in elementary education, a master’s in English education, and her certification in educational leadership. In addition to her service to the parish and school, she sits on the board of the Independent Schools of South Florida.

As a South Florida native born of Cuban immigrants, Picazo said she understands the unending sacrifice and hard work parents endure to ensure a better life for their children. She believes that Catholic education plays a vital role in partnering with parents to help them realize that goal, by developing their children’s potential in all areas of their lives in order to achieve success.

She was blessed to have her three children attend and graduate from Our Lady of the Lakes School and is thankful for the invaluable lessons, unconditional love, and sacrifice of her parents, who planted the seeds of hard work and perseverance in her in order to carry out God’s calling to serve others and do good.

She looks forward to continuing to serve the children and families of Our Lady of the Lakes School and working with the incredible team of faculty, parents, staff, and students to “not love with words or speech but with actions and in truth” (1 John 3:18) in order to provide an excellent “education in the fullness of humanity” (Pope Francis). 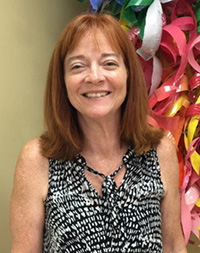 Brenda Cummings, marking her 19th year as an administrator, is the new principal at St. Anthony School, Fort Lauderdale.

Cummings has been in education for over 25 years, and this marks her 19th year as an administrator. Most recently, she served as principal of St. Rose of Lima School in Miami Shores (2016-17).

She holds a bachelor’s degree in elementary education from Florida Atlantic University, a master’s degree in mental health counseling from St. Thomas University in Miami, and an educational specialist degree in educational leadership from Nova Southeastern University. During her career, she has been a classroom teacher, curriculum coordinator, assistant principal and principal.

A native of south Florida, she graduated from St. Thomas Aquinas High School in Fort Lauderdale. She and her husband have three children. 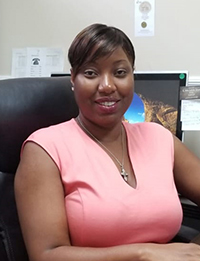 Farah Barrat has been named principal of St. Helen School, Lauderdale Lakes, where she has worked since 2016.

Barrat received a bachelor’s in elementary education from Florida Atlantic University, and a master’s in educational leadership from Barry University. She holds a Florida certification in elementary education K-6 with an ESOL endorsement and educational leadership K-12. She has been in the education field for over 10 years, teaching various grade levels in the public school system and holding various positions in different committees to improve the education of students.

She started at St. Helen as a first grade teacher in 2016 and became assistant principal in 2017. Her goals are to assist the St. Helen community in its growth as an institution that educates the whole child.

Barrat is married and the mother of two “wonderful” daughters. When she is not at work or spending time with her family, she is leading her Girl Scout troop, which she started in 2012, when her oldest daughter, then 5, expressed an interest in scouting. Her troop started off with five girls and now numbers 18. Barrat has had the opportunity to watch these girls grow and mature into young ladies giving back to their community. 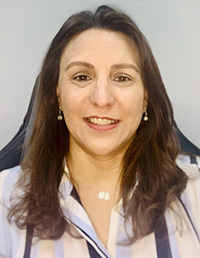 Jocelyn Zlatkin has been named principal of her alma mater, Sts. Peter and Paul School, Miami.

Born and raised in Miami, Zlatkin attended Sts. Peter and Paul School from kindergarten until eighth grade and later graduated from Immaculata-La Salle High School in Coconut Grove. She received a Bachelor of Arts degree from the University of Miami and a Master of Science degree from Nova Southeastern University. As a certified teacher at Sts. Peter and Paul, Zlatkin was accepted into a program to further her education, graduating from Barry University with a Catholic Educational Specialist degree. A passionate educator, she is delighted to serve the community of Sts. Peter and Paul for many years to come by preserving the past and embracing the present while teaching the future.

Bernardo Garcia-Granda - 09/18/2019 03:34 PM
School is a child's second home. After their parents, teachers are their second best role models. Congratulations to all who have accepted the role of guiding and educating our youth.

Articles(31)
Events(1)
Our Lady of the Lakes School