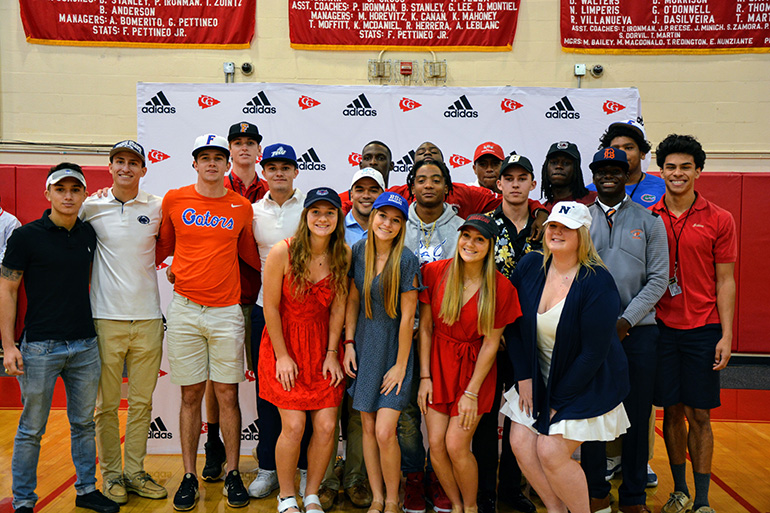 Nineteen of the 20 Cardinal Gibbons students who have signed National Letters of Intent to play their sports at the college level pose for a photo after the signing ceremony Feb. 5, 2020.

Athletes who participated in the Feb. 5 signing ceremony were:

Students who participated in the earlier signing ceremonies were: