Belen soccer makes it two in a row 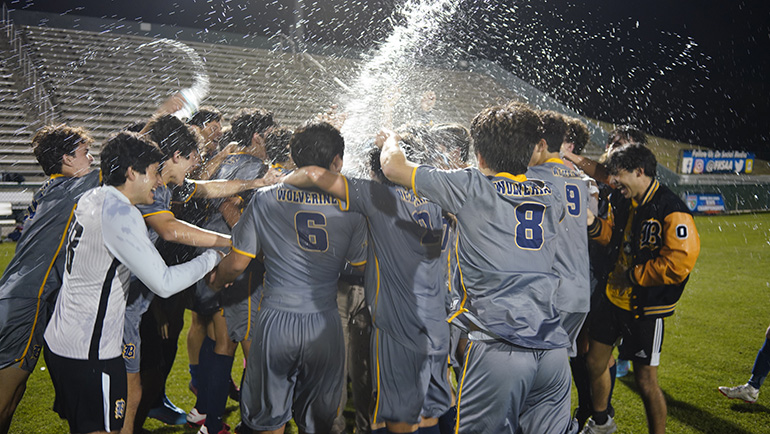 MIAMI | Senior Stefano Naos scored, then senior goalkeeper Jack Volpe and the defense picked apart Panama City Beach Arnold to give the Belen Jesuit Wolverines a 1-0 victory in the Class 5A boys soccer state championship game on Feb. 26, 2022. The Wolverines defended their 2021 Class 5A title and won their third overall. 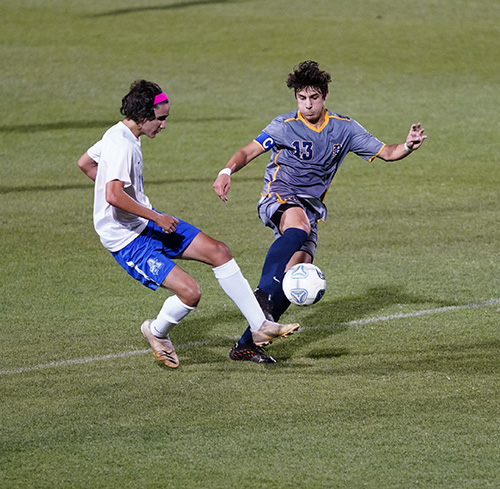 Belen coach Tanger Mendonca said that Christian Bargueiras began the goal-scoring play by corralling a loose ball and passing to forward left-winger Alejandro Pereyra. Pereyra then made a long pass to Fernandez, who moved just outside the right side of the penalty area.

Matias Perinot then moved toward the penalty-kick spot, and Arnold’s defense focused on him. That left an opening for Naos to finish off Fernandez’s pass with his 12th goal of the season.

“The offensive strategy used in the final game vs. Arnold was to play at speed by the two defensive sides of the Panama City team,” Mendonca said via email. “We already had information that they had low marking by the sides, and offensively we had very fast players by both sectors.”

Defense also played a huge part in the victory. Volpe made four saves. The Wolverines held Marlins senior Braden Masker, who had led the Marlins with 38 goals this year, to only two shots on goal.

“Simply impeccable, great vision of the game, command in the defensive part,” Mendonca said of Volpe’s play. “Jack was simply a monster under the three sticks.”

ONE TITLE GROWS INTO TWO

Mendonca said the Wolverines returned seven juniors from last year’s championship team and those players helped the Wolverines start seniors in 10 of the 11 positions in the state final. Belen carried plenty of star power into this year, with the top six goal-scorers being seniors. Perinot, who was second in goals last year, led Belen this year with 14 goals, while Naos added 12 goals and 11 assists. Fernandez had a team-high 12 assists to go with seven goals. Pereyra also had 12 goals.

Mendonca said that the Wolverines’ movement on offense, especially close to the opponents’ goal, confused opposing defenses and helped the Wolverines finish goals. 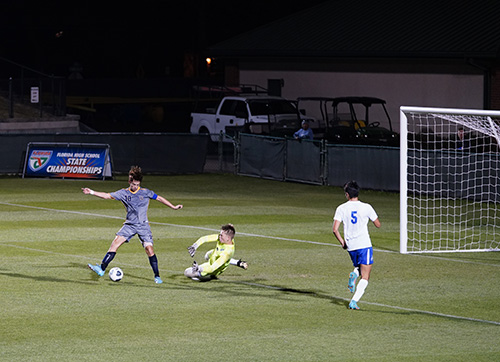 That movement helped the Wolverines win their final 12 matches, including nine shutouts in that stretch. From districts to the state final, they outscored foes 30-2. Mendonca said that was due to the Wolverines’ defense stealing opponents’ opportunities to finish goals and Belen’s offense attacking on the sides and the midfield.

“It was a professional work executed defensively,” Mendonca said.

Mendonca said Fernandez surprised him most this year. In addition to his seven goals, Fernandez also played a huge role on defense and excelled defensively in the second half of the 2020-21 season.

“This season, analyzing his qualities, we perceived that he could help us a lot in the offensive part and take advantage of his defensive instinct to help us, blocking on the right side every time Belen did not have the ball,” Mendonca said. “Enzo is equal parts speed, marking, assistance and finishing.”

The Wolverines opened the season with a six-game win streak. A rough patch struck Belen, forcing the Wolverines to go 1-5-1 from Nov. 22 to Jan. 5. The rough streak started with a loss at 6A region semifinalist St. Thomas Aquinas, 5A playoff team Naples and 3A region semifinalist Immaculata-La Salle, and also included losses to West Boca Raton and 3A finalist Ransom Everglades.

Mendonca said the Wolverines struggled with injury and COVID during this stretch. He also was evaluating players, trying to figure out who his best 15 players were before the playoff run.

“We were able to analyze and qualify those who really were at the level of the team I wanted preparing for the final seven matches,” Mendonca said. “Thank God and the effort of the players; everything went perfectly as planned.”

Their 12-game win streak included avenging their Naples loss with a 3-0 region quarterfinal victory. Mendonca said he pressured his defense constantly during practice, forcing them to work better on clearing the ball and setting up the forwards. He especially called on them to defend the center of the field.

“They would make it perfectly in all games,” Mendonca said. “It was a very effective and talented group of defenders.”

‘GOD FIRST, I AM SECOND’

Mendonca said that the team also benefited from the motto, “God first, I am second.” They prayed before each game and gave thanks for the opportunity to don Belen’s blue and gold. 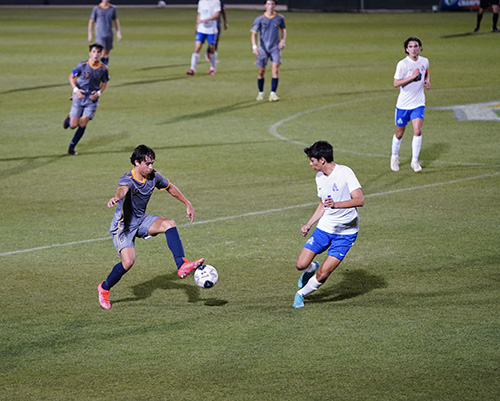 That faith brings a passion for the game, he noted, but it also helped the players understand the commitment they made to the team – players who “for seven years together, year after year, transform the last of high school into a great moment of memories, all the joy and shared sadness,” he said. “All this leaves a great legacy that will never be forgotten. Every time you remember, it will be of great satisfaction and joy to have given everything to an institution that has given you the basic and fundamental education for the future.”

As the seniors prepare to move on to college, the remaining Wolverines are looking toward a three-peat. Mendonca said the players are already asking about conditioning, ready to begin the work.

He said to expect beach workouts to build conditioning, then also pool work, then exercises on a big hill in Miami and weight room work. Then once the players can start working with the ball in the fall, they will work on individual technique and ballhandling in tight spaces.

“It is a job that requires a lot of focus from the players,” Mendonca said, “and especially the positive energy and faith in the job to be done.” 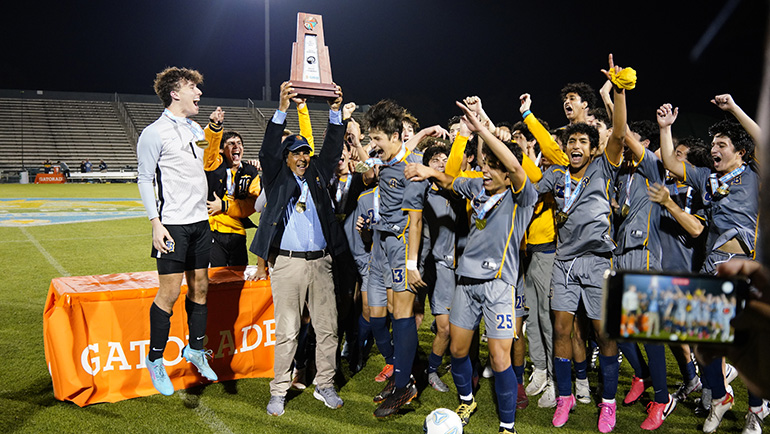