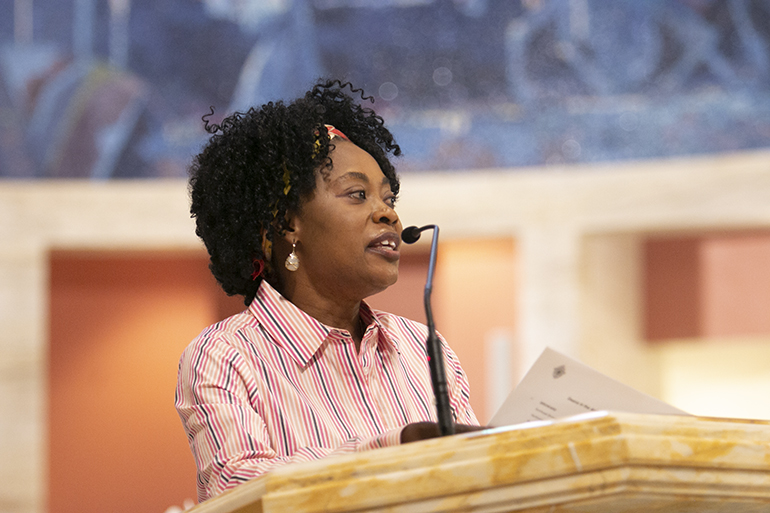 Suzy Pierre proclaims the second reading during an archdiocesan Mass at St. Mary Cathedral in this file photo from 2018. Pope Francis' motu proprio opening the formal ministries of lector and acolyte to women simply "makes official what has long been in practice," said Father Richard Vigoa, archdiocesan director of the Office of Worship.

CORAL GABLES | The Miami archdiocesan director of Worship said Pope Francis’ recent motu proprio formally admitting women to the ministries of lector and acolyte is mostly an affirming gesture and that those practices are already commonplace.

“Women proclaiming the Word of God at Mass or serving at the altar or as extraordinary ministers of Holy Communion is nothing new,” said Father Richard Vigoa, who is also administrator of St. Augustine Parish and Catholic Student Center in Coral Gables.

“By this motu proprio, the pope has made official what has long been in practice already,” Father Vigoa told the Florida Catholic. 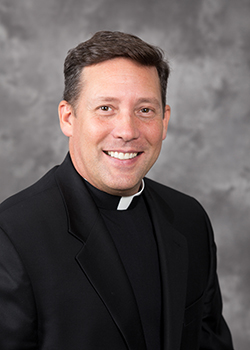 Father Richard Vigoa is director of the archdiocesan Office of Worship and administrator of St. Augustine Church and Catholic Student Center in Coral Gables.

“Lay persons of suitable age and with the gifts determined by decree of the Episcopal Conference may be permanently assigned, by means of the established liturgical rite, to the ministries of lectors and acolytes; however, the conferment of such a role does not entitle them to support or remuneration from the Church.”

The canon used to say, “Lay men who possess the age and qualifications established by decree of the conference of bishops can be admitted on a stable basis through the prescribed liturgical rite to the ministries of lector and acolyte.”

“The decision to confer also on women these offices, which involve stability, public recognition and a mandate from the bishop, will make the participation of all in the work of evangelization more effective in the Church,” the pope wrote in a letter to Cardinal Luis Ladaria, prefect of the Congregation for the Doctrine of the Faith.

Lector and acolyte are publicly recognized ministries instituted by the Church, and women and girls have been lectors at Mass for several decades.

Father Vigoa noted that “by changing canon law the Holy Father is stressing the importance of women’s leadership and presence in the ecclesial community.”

There is nothing that parishes or dioceses will need to do to implement the changes given that this step from Pope Francis is making official what was already in practice. No further training or procedures are anticipated, he added.

As to whether the changes have any bearing on the future possibility of women's ordination to the diaconate or priesthood, the pope himself reiterated that these changes are not an opening in that direction.

Pope Francis repeated St. John Paul II’s teaching that the Catholic Church “in no way has the faculty to confer priestly ordination on women” since Jesus chose only men as his apostles.

Pope Francis’ document and his letter to Cardinal Ladaria frame the question in the context of the gifts and talents given by the Holy Spirit “through the sacraments of baptism, confirmation and the Eucharist” to all members of the Church so that they can contribute “to the building up of the Church and to the proclamation of the Gospel to every creature.”

“Pope Francis believes in collaboration, so it is very likely that he consulted with other bishops and canon lawyers” before issuing the motu proprio, Father Vigoa noted.