Young adults come together to light up the night 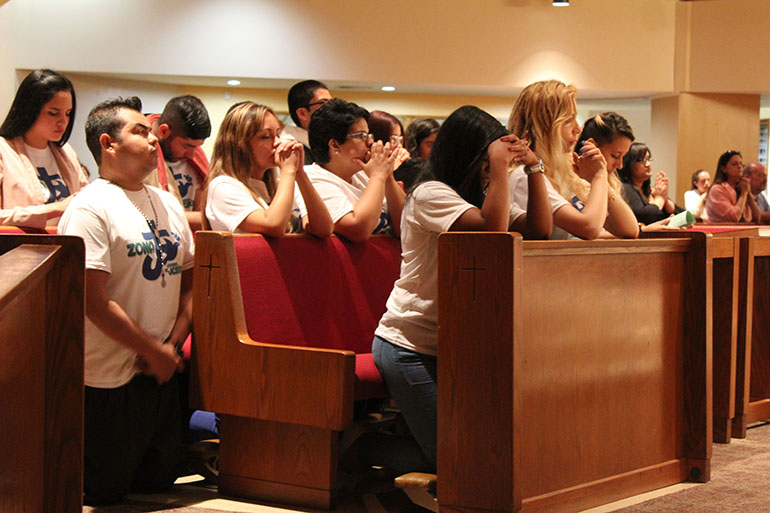 Members of St. Boniface’s young adult group kneel during the Mass celebrated by Archbishop Thomas Wenski. They were recognized for being the largest group at Illuminare La Notte's first anniversary, and first neighborhood edition, June 24. 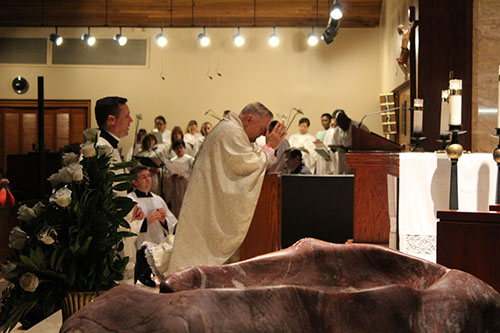 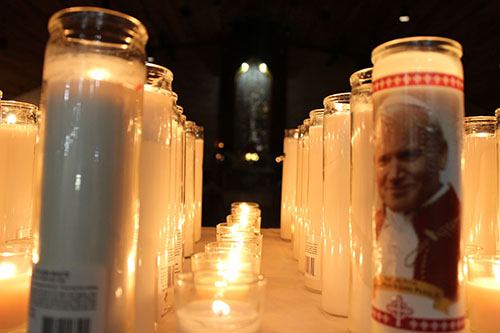 Illuminare La Notte is italian for Illuminate the Night. The participants used these candles to do just that.

MIAMI SHORES | On its first anniversary, Illuminare La Notte gave birth: to a “neighborhood” edition of itself.

“What we want is to make other young adults aware that St. Martha has a young adult group, that we’re active in our church and that everyone in the community is welcome to come to St. Martha, not only young adults, but everyone else,” said Malu Benitez, one of the leaders of iPray.

The night began with a rosary prayed alternately in English and Spanish, then a Mass celebrated by Archbishop Thomas Wenski, followed by a holy hour of adoration. Participants were asked to take a candle and place it in front of the Blessed Sacrament.

The night ended with a social gathering where participants got to know each other.

“iPray, of course, has done a fantastic job,” Vargas said. “So what happened is, we started off as Illuminare La Notte and the idea was to eventually empower young adults to host their own; and so, this is our first neighborhood edition.”

Along with the iPray, members of St. Boniface’s young adult group, Encuentros Juveniles, and other young adults from throughout the archdiocese attended Illuminare La Notte.

“I like that it’s youth because you don’t really see that often. You only really see â I don’t want to say old people â but older,” Buitrago said. “It’s nice to see youth.”

The next neighborhood edition of Illuminare La Notte will be hosted by St. Anthony’s Young Adult Ministry, June 30 at 7 p.m. at the church, 901 N.E. Second St., Fort Lauderdale. 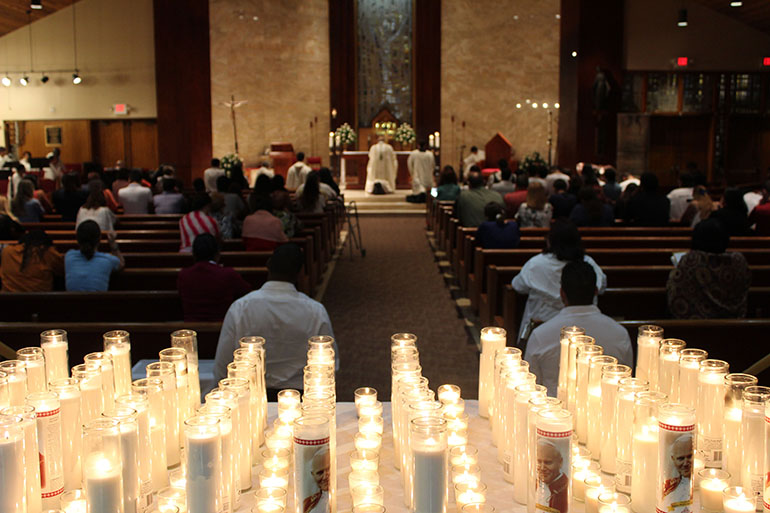 Participants at Illuminare La Notte placed these candles before the Blessed Sacrament.