Mourning the dead while ‘taking care of the living’ 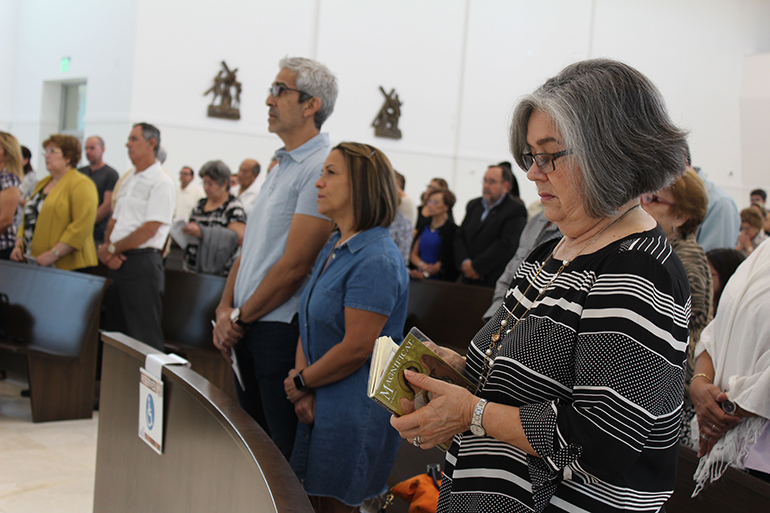 People of all ages gathered on June 18 to honor and mourn their loved ones who have died in the last year.

DORAL | Hundreds gathered at Our Lady of Guadalupe Church June 18 for the annual Catholic Hospice Memorial Mass to honor and mourn loved ones who have died this past year.

“The Mass is a way for families to say goodbye, at least in this world, and then to have comfort that they’re not alone,” said Bonnie Alkema, executive director of Catholic Hospice.

Every year, Catholic Hospice helps thousands of people in Miami-Dade and Broward counties. This year, they helped 2,838 patients and families in Miami-Dade alone. The Memorial Mass for those served in Broward County will take place in September.

“For hospice, honestly, it’s about taking care of the living because we know the Lord takes care of those that are already gone,” Alkema said. “So the families that are here need that reassurance, and that’s really important; that’s one of the reasons we’re here to do what we do.” 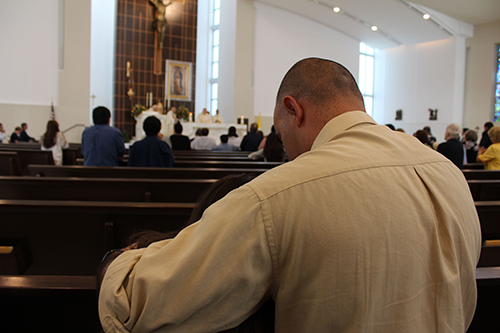 A father consoles his daughter as they mourn the loss of one of their loved one.

According to Rochelle S. Clark, bereavement supervisor for Catholic Hospice, in order for a patient to be admitted into hospice, a physician has to certify that they have six months or fewer to live.

“You can have it (hospice) at home, at a hospital, or at an assisted living facility,” Clark said. “We don’t want to inconvenience the patient.”

Alfredo Jacomino was one of the thousands of persons Catholic Hospice helped this year. He lost his wife, Teresita, after 48 years of marriage.

“(It was) the day of the Immaculate Conception, the eighth of December, at almost three in the afternoon when the pope opened the holy door for the Divine Mercy,” Jacomino said. “The Lord sent me beautiful signs.”

Jacomino spoke about how the workers at Catholic Hospice treated him and his wife as if “she was the only one” in their care.

“God can inspire us,” Jacomino said. “The one who does not have love, cannot give love. We can’t give what we don’t have. And that love (Catholic Hospice’s) was visible until the end.”

Luz Suarez Macias, bereavement coordinator for Catholic Hospice, was with Jacomino every step of the way. She was with him during Teresita’s last days, and remains by his side today.

“He’s also very religious, and he’s known how to deal with his pain in a way by trusting the Lord, but it’s been hard on him too,” Macias said. “It’s been very painful; however, the Lord has helped him.”

The memorial Mass brought families such as Jacomino’s together to show them that they’re not the only ones grieving.

“Grief is hard. It is difficult because grief is the pain of letting go,” Archbishop Thomas Wenski said during his homily at the Mass. “Yes, grief is a cross, but don’t carry it alone. Seek out the support of the Church’s strength, the solace of your brothers and sisters in the faith.” 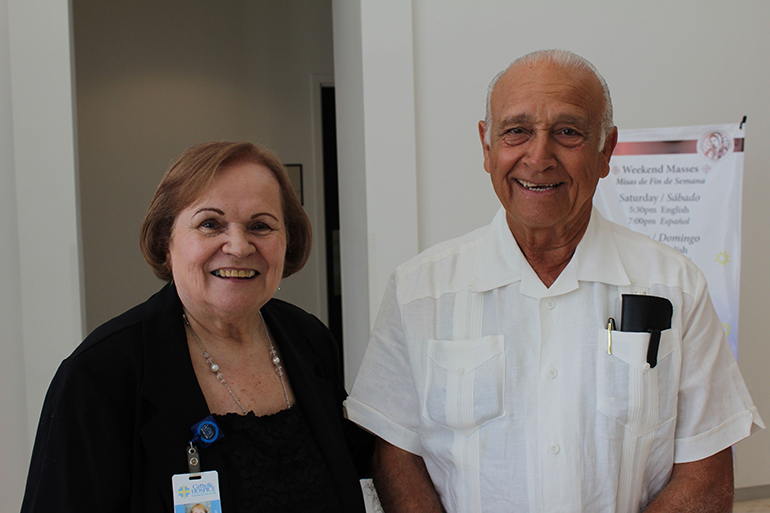 Luz Suarez Macias, bereavement coordinator at Catholic Hospice, stands alongside Alfredo Jacomino, who lost his wife in December after 48 years of marriage.