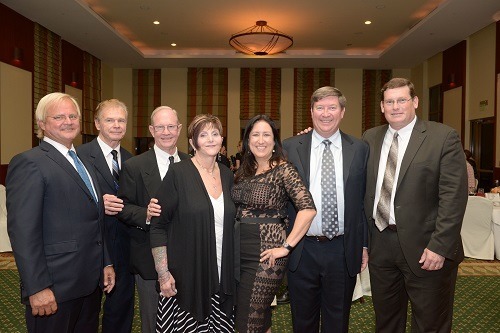 MIAMI | Archbishop Curley Notre Dame Prep's 11th Hall of Fame Gala was a night to reunite with cherished high school friends, but most importantly an opportunity to celebrate the achievements of seven distinguished individuals who have made an impact on the community. The April 12 event, which took place at La Gorce Country Club in Miami Beach, also was the pinnacle of the school's 60th anniversary year of special events. 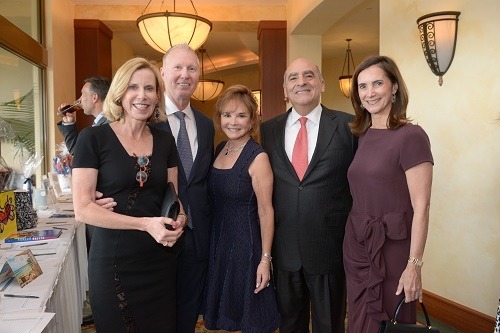 The honorees and about 200 guests were welcomed by honorary chairwoman Swanee DiMare, a graduate of Notre Dame Academy, as well as masters of ceremony Helen Aguirre-Ferre, also a Notre Dame alumnus, and Spero Canton. Miami Archbishop Thomas Wenski was the special guest speaker. 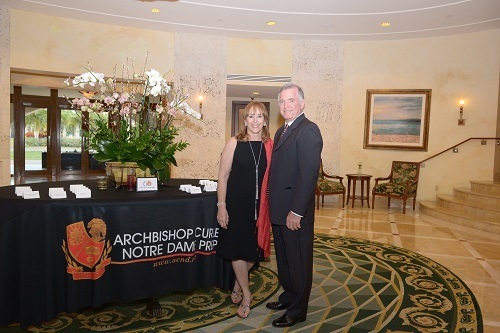 Diane Stead, â70, chairs the ACND Hall of Fame. She is pictured here with her husband Marc, â69. Both are members of the schoolâs Advisory Council and were inducted into the Hall of Fame in 2007.

"It was a proud moment in our school's history to hear our honorees speak about the importance of a faith-based education, academic rigor, friendship, and family ties," said Douglas Romanik, ACND's principal and alumnus. "Our commitment to faith, family, and excellence has never wavered since opening in 1953. I feel that it's these core principles that have encouraged our graduates to become outstanding leaders in our community."

The 2014 inductees are:
Proceeds from the gala support the school's development projects and Sponsor a Knight Scholarship Fund. To attend, contribute, or sponsor any of ACND Prep's upcoming events, visit www.acnd.net.