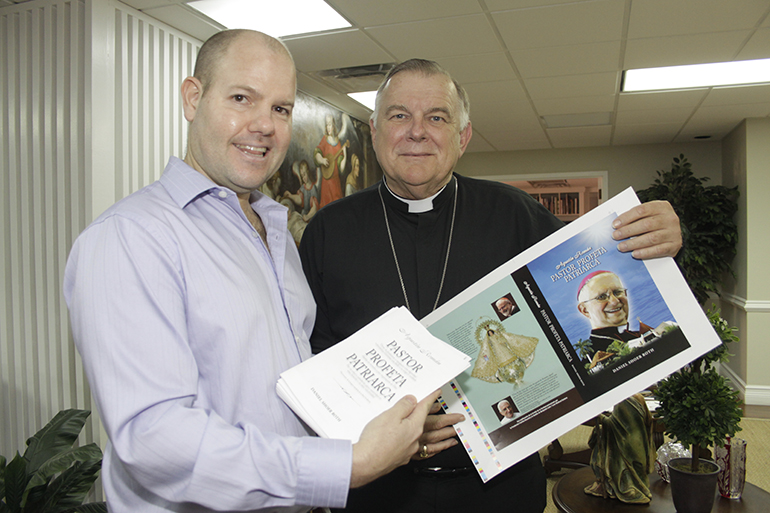 MIAMI | The only authorized biography of Bishop Agustín Román is now out in print â and the man who got the exclusive is a secular journalist who is neither Catholic nor Cuban. 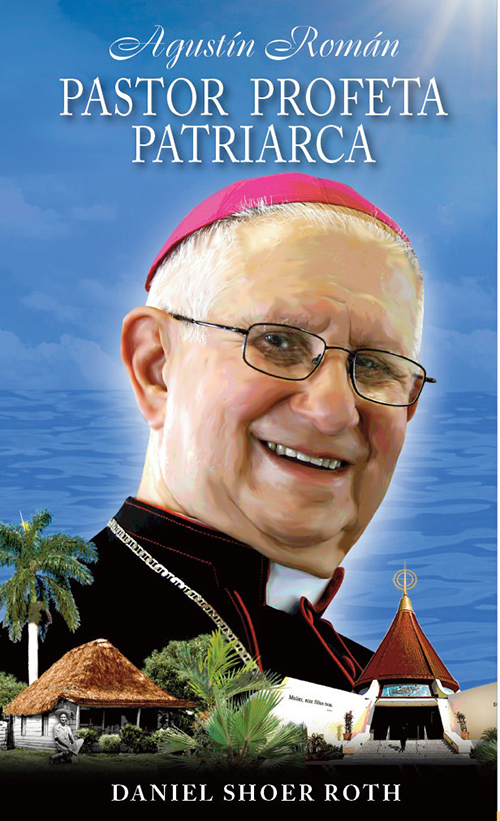 An exile who oversaw the construction of the National Shrine of Our Lady of Charity on Biscayne Bay, Bishop Román served in the Archdiocese of Miami since 1966, and in 1979 became the first Cuban to be appointed a bishop in the U.S. He died in April 2012 at the age of 83.

“When a person is so loved by so many people it’s because he has very specific virtues,” said Shoer, a Miami Herald columnist who was born in Venezuela and is Jewish.

He met Bishop Román while working as a religion reporter for the Herald. Impressed by the bishop’s qualities â and the fact that both Anglos and Hispanics revered and respected him â Shoer decided what he needed to write was not another article, but a whole book.

But it took a while to convince the bishop. "He said no. That he had no legacy to leave, that he had not done anything," Shoer recalled.

So he enlisted the aid of Bishop Roman’s friends and co-workers, chief among them his successor as rector of the National Shrine of Our Lady of Charity, Father Juan Rumín Domínguez.

They ultimately persuaded Bishop Roman to okay the book project. Shoer interviewed him for four months and dedicated three years to researching and writing the book, which was published this August.

He also conducted more than 100 interviews with people who knew the bishop, among them Cardinal Sean O’Malley of Boston and Archbishop Dionisio García of Santiago de Cuba â both of whom Shoer considers representative of the U.S. and Cuban churches.

The book is a project of the shrine, which will keep all the revenues. Shoer’s research was supported by members of the Bacardi family through their Bacardi Family Foundation. The printing was covered by the family of Benjamin Leon Jr. and Leon Medical Centers.

"The book is written from the perspective of faith, by a Jewish writer who loves his religion, who loves God," said Father Domínguez.

He noted that Bishop Roman’s legacy transcended religious life. “He was not only a spiritual leader, a pastor, a Catholic bishop, he also was a civic leader who was always concerned about maintaining unity among the different cultures in our society,” Father Domínguez said.

In the book, Shoer traces Bishop Roman’s life from his youth in his native Matanzas â a peasant’s son who managed to graduate from high school â to his “late” vocation, his arrival in Miami in 1966, and his work here until the very moment of his death â including how his gentle call to Cuban detainees to put down their weapons and say an Our Father ended the hostage crises in Oakdale, Louisiana, and Atlanta, Georgia, in 1986.

Shoer said his goal was to tell the bishop’s story not as dry history but in the style of a novel, “an adventure of sacred life” that began long before his 1959 ordination and his 1961 expulsion at gunpoint from his beloved Cuba.

Put aboard a ship bound for Spain along with 130 other priests and religious, including the then auxiliary bishop of Havana, Eduardo Boza Masvidal, the transatlantic trek turned into a “high seas retreat” where the religious exiles discerned that their new calling was to be missionaries to the Cuban diaspora.

One of the things Shoer says he admires about Bishop Román is how he spoke about all the periods of his life. “He would say they were very beautiful years. He always saw things in a positive light.”

In Miami, the bishop’s story is intertwined with that of the fledgling archdiocese and of newly-arriving exiles who were not always welcomed, Shoer said. The shrine became not just the symbol of their Catholic faith but the tangible connection to their homeland, the place where they could come and feel both welcomed and at home.

“He always tried to help the Cuban Church. Every Cuban who arrived, the entrance door was the shrine, and Bishop Román was the one who received them,” said Shoer.

Bishop Román also promoted the spiritual life of the young diocese by giving impetus to a host of spiritual movements, from Cursillos to Encuentros. He was a pioneer in using the media to evangelize, regularly appearing on local radio stations, publishing letters and statements in secular newspapers, supporting the establishment of Radio Paz and Revista Ideal, and helping to launch La Voz Católica as a separate archdiocesan publication.

In 1973, he completed the building of the shrine, a feat that had seemed impossible.

“I thought I wouldn’t be able to do anything because in this country, you need money to build churches, and what we had were people picking tomatoes, working in the fields, in the factories, and all they could contribute were tarnished pennies,” the bishop told Shoer.

Even more impressive, the shrine was completely paid for when it was built. “He said in the countryside (where he grew up) no one used credit,” Shoer said.

Shoer said his goal was "to record the life of Bishop Roman, his legacy and what it means for the future. This book is for those who knew him and want to see their bishop in a book, but also for people who did not know him, so they can get to know him through this work. Eventually, I hope it will be translated into English.”

“Pastor, Patriota, Profeta,” the biography of Bishop Agustín Román, is being sold for $25 in the gift shop of the Shrine of Our Lady of Charity, 3609 S. Miami Ave., Miami, and online via its website, www.ermitadelacaridad.org.