Vatican's official space at Expo Milan 2015 will be open to public through Oct. 31 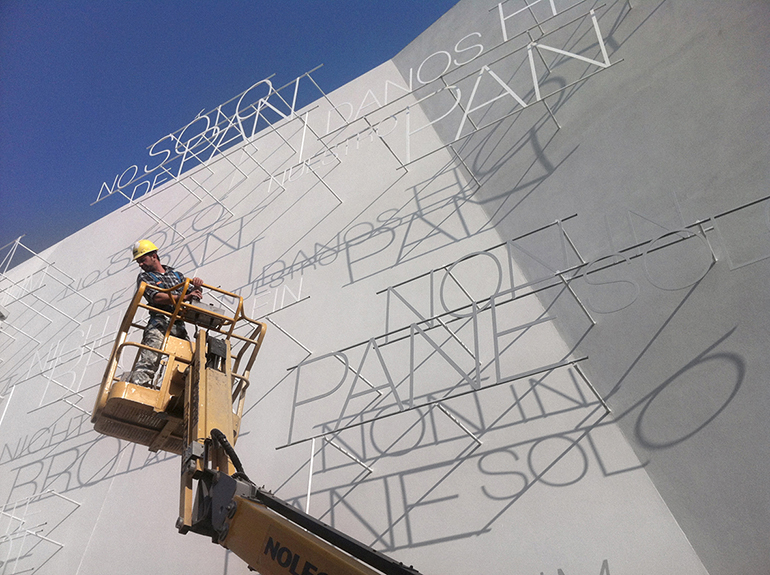 A workman puts the finishing touches on the exterior of the Vatican's 747-square-foot pavilion at the Milan Expo 2015. The words "Not by bread alone" convey the theme, a Gospel take on the Expo's focus, "Feeding the Planet, Energy for Life." Also written in 13 languages is the phrase: "Give us this day our daily bread."

MIAMI | Floridians traveling in Europe this summer may want to experience the Holy See’s official pavilion at the Milan Expo 2015, the newest edition of the every-five-years World’s Fair which opened last month in Italy.

According to the Vatican, its pavilion at the Milan Expo is a public space of relaxation and prayer, but also a space for formal studies, symposiums and academic conversations related to global food security, hunger and nutrition. 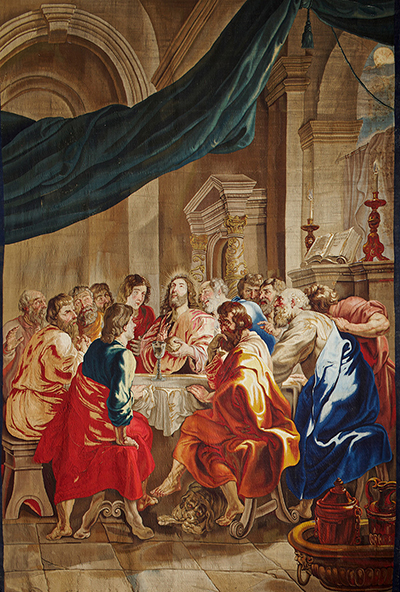 At least two noteworthy works of sacred art are on loan to the Holy See's pavilion at Milan Expo 2015. One is this tapestry rendering of Peter Paul Ruben's “The Institution of the Eucharist." 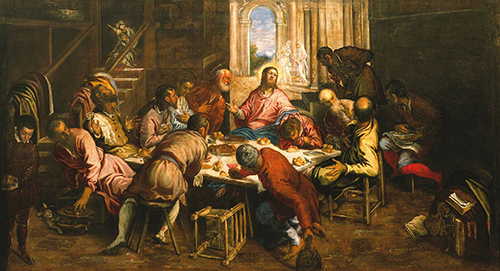 One of the two noteworthy works of sacred art on exhibit the Vatican pavilion at Milan Expo 2015 is this painting of “The Last Supper,” by Renaissance artist Jacopo Robusti (Tintoretto). 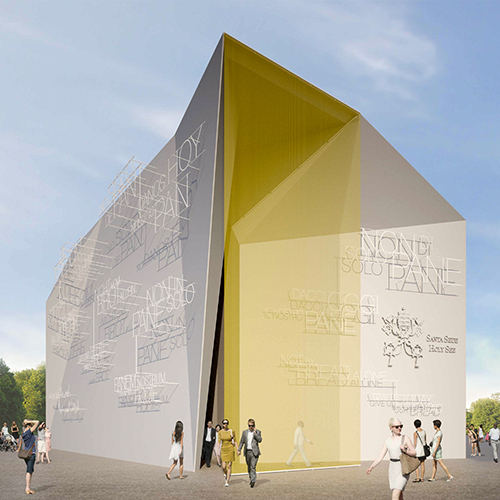 Artist's rendering shows the exterior of the Holy See's 747-square-foot pavilion at the Milan Expo 2015. The words "Not by bread alone" convey the theme, a Gospel take on the Expo's focus, "Feeding the Planet, Energy for Life." Also written in 13 languages is the phrase: "Give us this day our daily bread."

One of more 140 countries represented at this year’s “universal exposition,” the Vatican choose for its pavilion the theme: “Non di solo pane” (Not by bread alone). It is designed in part as a garden-style space promoting agriculture, sharing of meals and recognizing God’s presence in the world, according to developers.

The pavilion’s theme is a Gospel-infused variation of the overall theme of the Milan Expo 2015, which is “Feeding the Planet, Energy for Life.”

TheUniversitÃ  Cattolica del Sacro Cuore and the Pediatric Hospital Bambino GesÃ¹were scientific partners that helped develop and support the theme for the pavilion, which is open to the public through Oct. 31.

The Vatican’s website for the pavilion notes that from the papacies of Pius IX to Benedict XVI, the Holy See has taken part in international exhibitions “to demonstrate the Church's desire to make her voice heard and to offer her testimony regarding the delicate themes, relevant to the future, that are from time to time proposed by the expositions, especially in recent decades.”

Holy See pavilions at past World’s Fairs (including the Lisbon Expo in Portugal and Hannover in Germany) emphasized sacred art, and functioned almost as a mobile Vatican museum and small chapel space curated for specific expo themes, such as the oceans and water.

This year’s pavilion is less of an official chapel for the Expo. It is not adorned with overt Christian symbolism, but does display the words, “Give us this day our daily bread,” in 13 languages.

Adorned with a yellow fabric entrance suggesting the Vatican’s flag colors, the pavilion is an off-white colored, minimalist structure, among the smallest at the Expo. Inside the 747-square-foot pavilion, four concepts are expressed: ecological, economic-trade, educational and religious.

At least two noteworthy works of sacred art are on loan to the pavilion in order to adorn the interior: a tapestry rendering of Peter Paul Ruben’s “The Institution of the Eucharist,” and a painting, “The Last Supper,” by Renaissance painter Jacopo Robusti (Tintorreto). There will also be photo exhibitions and video installations supporting the pavilion themes.

More important than the physical aspects of the pavilion may be the series of conversations that will take place there this summer: panel discussions, symposiums and film presentations addressing world hunger, food sustainability, care for the environment, diet and nutrition, and a theological conversation on the relationship between food and mankind.

The conversations began with Pope Francis’ live video address May 1 marking the opening the pavilion.

He urged fair-goers and organizers to show greater concern and solidarity for the poor, and he expressed his hope that the exhibits would help people undergo a change of mentality and stop thinking that their daily actions have no impact on the lives of those near or far who suffer from hunger.

“The Expo is a good opportunity to globalize solidarity. Let us not waste it but to fully appreciate it,” Pope Francis said, recalling the faces of millions of people today “who will not eat in a manner worthy of a human being.”

“I would like every person â starting today â every person who will visit the Expo in Milan, through those wonderful pavilions, to feel the presence of those faces, a hidden presence, but that they actually be the real star of the event,” the pope said.

Expo Milan 2015 is expected to draw over 20 million visitors to its 1.1 million square meters (11 million square feet) of exhibition area for the next five months. The Expo site is 10 miles northwest of Milan’s city center.

The first World’s Fair/Expo was held in London in 1851, and its success prompted other countries to organize similar events such as the Paris Expo in 1889, memorable for its addition of the Eiffel Tower. 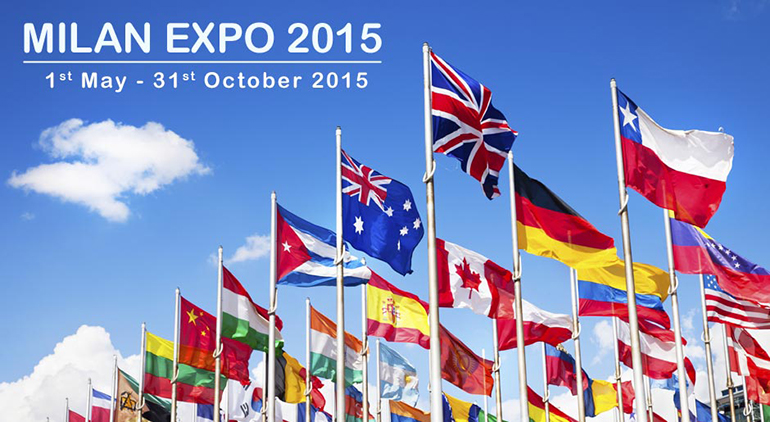 The Vatican is one of 145 nations hosting a pavilion at the Milan Expo 2015, which began May 1 and runs through Oct. 31. The Vatican pavilion was developed, built and managed by a partnership of the Vatican's Pontifical Council for Culture, the Italian Episcopal Conference and the Diocese of Milan, along with the Pontifical Council Cor Unum.