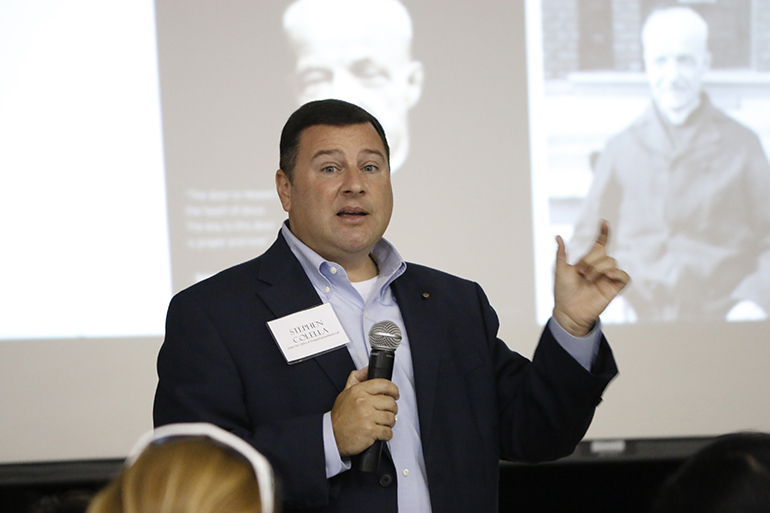 Stephen Colella, cabinet secretary for Parish Life, speaks to parish staff about a "gatekeeper" who became a saint: André Bessette of Montreal. 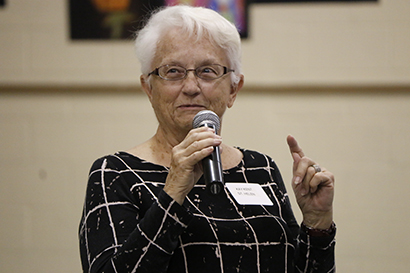 Kay Kent of St. Helen Parish in Fort Lauderdale recalls an unhappy experience with customer service. The point was to illustrate that unhappy experiences are shared with more people and more easily remembered than good ones.

MIAMI | The smile of a parish secretary or an usher’s handshake: It might be the only Church some people will ever see.

And because “first impressions are lasting impressions,” as Archbishop Thomas Wenski puts it, those greeters and gatekeepers are also the first evangelizers: the living Church that can turn parishes into what the archdiocesan synod called “centers of hope and evangelization.”

In keeping with that synod goal, three recent workshops gathered these “ambassadors of first impressions” to thank them for all that they do; to remind them that their jobs are true ministries; and to give them some tools to use when dealing with challenging situations.

The workshops for parish staff took place at Blessed Trinity in Miami Springs May 15 and at St. Gregory in Plantation May 29. The workshop for head ushers took place May 30 at St. Thomas University in Miami Gardens. All three were presented collaboratively by the offices of Development, Parish Life and Human Resources, with a representative from Worship also speaking to the ushers. 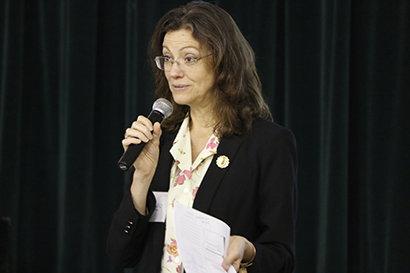 Lisa Pinto, archdiocesan director of Human Resources, speaks about LEAD: Listen, Empathize, Acknowledge, Do something, a learned skill that can prevent people from reacting badly to a challenging situation.

Stephen Colella, cabinet secretary for Parish Life, noted that “gatekeepers” are first mentioned in the Old Testament book of Chronicles. The book describes people whose task was to open and close the temple gates and greet and guide visitors.

“This is such an important honor and role for the Israelites that they list their names and family lineage,” Colella said.

What was true in the Old Testament remains true today, because “where do most people experience the Church?” he asked his listeners. “It’s in the parish,” he answered. “It’s really important that we recognize that.”

“It’s a job but it’s not just a job,” Colella said. “We’re in positions to affect lives.” 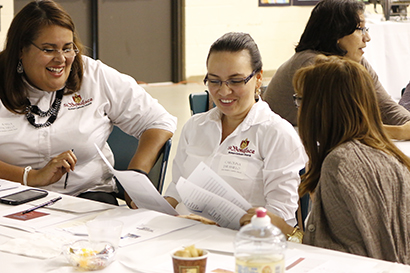 Parish staff engages in role-playing at the workshop to learn the best way to react to challenging situations; from left: Karla Pacheco, Carolina Jaramillo and Yaneth Mutis of St. Boniface Church in Pembroke Pines.

To illustrate that he mentioned the example of St. Andre Bessette of Montreal, who became known as “God’s doorkeeper.”

St. Andre never learned to read and write so he was never able to become what he most desired: a priest. But thanks to the intercession of his bishop he became a Holy Cross brother and was given the only task he could perform: doorkeeper for their monastery.

Aside from greeting people, St. Andre would take the time to pray with them because he recognized each person as “a soul that came across his life.”

Soon, “miracles started to happen” and people began coming to the monastery just to see St. Andre. Eventually, his popularity and devotion to St. Joseph â to whose intercession he entrusted his prayers â resulted in the construction of St. Joseph’s Oratory of Mount Royal, one of the most visited shrines in North America. 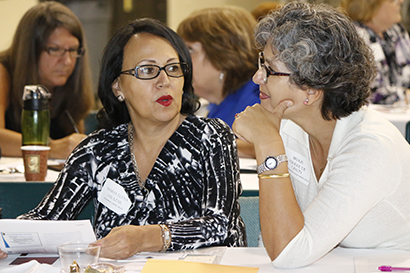 Maria Elena Salazar,left, of Assumption Parish in Lauderdale-by-the-Sea and Belkis Ferrer of St. Katharine Drexel in Weston engage in role-playing at the workshop to learn the best way to react to challenging situations.

“You have a very important ministry,” Colella reiterated. “Please do not underestimate your witness.”

But being that gatekeeper is not easy, said Lisa Pinto, senior director of Human Resources for the archdiocese. Eliciting nods of agreement from her listeners, she cited some challenging situations faced by parish staff and ushers: the bride who booked everything but the church and now can’t get the wedding date she wanted; the homeless person looking for a handout; the parent whose child starts crying in the middle of Mass.

Pinto had the secretaries and ushers act out some of those scenarios in order to put into practice a technique called LEAD. It’s an acronym for Listen, Empathize, Acknowledge, Do something. She described it as a scripted response that keeps people from falling back on more natural reactions such as defensiveness and hostility.

That’s important, Pinto said, because market research shows that people usually tell five other people about a good experience. But they tell twice that many about a bad one.

“People will remember the bad experience because it changes their behavior,” said Pinto. They stop shopping at that store or visiting that restaurant â or coming to church.

And while the Church is not a business, evangelization is about attracting people, said Martha Velasquez, senior director of stewardship and special events in the Development Office, where the idea for the “ambassadors” workshop originated.

She tied first impressions to stewardship â the giving of one’s time, talent and treasure â but noted that treasure should not be the first priority. Parishes should begin by inviting people to give their time and talent.

“If you build a relationship with ‘thank yous’ and activities to reach out to old and new parishioners, (this) will draw them back,” Velasquez said.

And don’t forget to call them back when they do sign up for ministries, she stressed.

“All of the people that sign up for all these ministries have to know that they are loved, that they are needed and that there are needs in the Church, and they will help,” Velasquez said. “Creating a vibrant parish will bring more people back to the parish.”

“They judge the parish a lot by the spirit of those they first see,” agreed Sister Jean Rosario, an Adrian Dominican who serves as director of ministries at St. Gregory. “The most important thing is caring about people. And that’s the image of God that we should be projecting, because God started caring for us first. It’s contagious.” 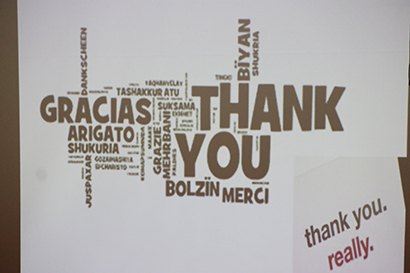 The Ambassadors of First Impressions was not just a workshop but also a way to say thanks to parish staff for the ministry they carry out.

“I’m a priest today because Our Lady of Lourdes (parish) welcomed me,” said another presenter, Father Richard Vigoa, who spoke only at the workshop for head ushers. Father Vigoa is director of the Office of Worship and priest-secretary to Archbishop Wenski.

He noted that the role of usher is “the oldest ministry for laity.” Before the Second Vatican Council “it was an actual rite before you got ordained.”

“This is truly a ministry,” Father Vigoa stressed. “Once we realize we’re in ministry, the graces begin to flow, the miracles begin to flow. And people begin to notice that and want some of it.”

“Every single person in the Church serves a role for the greater good: to help people pray and encounter Christ,” he added. “Go back to your parishes and create this atmosphere.”