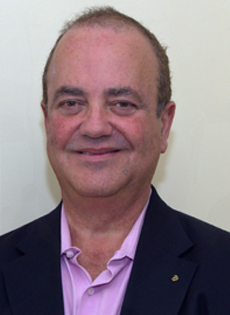 In 1412, a girl was born to a peasant family near the province of Lorraine, France. As a teen, while working in her father’s garden, she saw a vision of St. Michael, St. Catherine and St. Margaret. They each told her to drive the English from French territory, a seemingly impossible task. To accomplish this, it was revealed to her that she must join King Charles VII of France. She was quoted as saying, “I must be at the King’s sideâ¦ There will be no help if not from me. Although I would rather have remained spinning (wool) at my mother’s sideâ¦ yet must I go and must I do this thing, for my Lord wills that I do so.” Through a life of obedience and martyrdom, she became known as St. Joan of Arc. 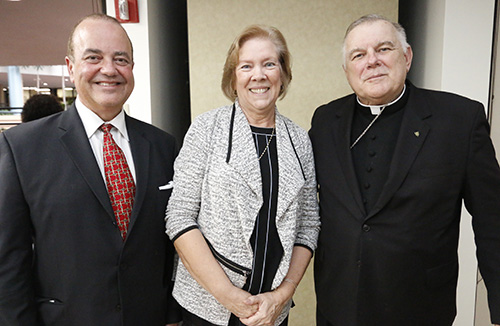 Nearly 600 years later, in 1981, another young woman named Joan was volunteering to help paint a rectory for Father Daniel Kubala, the founder of the Respect Life Office for the Archdiocese of Miami. Like her namesake, she too was a reluctant hero, having no idea of what plans God had for her. And yet Father Kubala saw something in Joan that eventually led to her appointment as director of the Respect Life Ministry. Thirty-seven years later, this September, Joan Crown retired from the ministry.

Recently chosen as the new director of the Respect Life Office, I was invited to a Mass for Joan at the end of October at St. David Church in Davie. The church was overflowing with parishioners, family and guests. Pastor Father Steven O’Hala, Father Jordi Rivero, and Father Alfred Cioffi thanked Joan for her tireless dedication to the unborn and her total dedication to the Respect Life ministry.

At the accompanying dinner, surrounded by her beloved husband, sisters, children and grandchildren, Joan was honored with a film presentation showing her decades of service. This was followed by personal stories shared by grateful friends and coworkers whose lives were profoundly impacted by her “yes.” Much can be summed up by Joan’s former education coordinator, Barbara Groeber, who said, “There is no doubt that thousands of babies were saved through Joan’s tireless efforts.”

As the evening closed, Joan humbly thanked all who attended, acknowledged the loving support of her husband and family, and then introduced me and my wife, Mary Kate, asking us to step forward. Father Jordi, Respect Life’s former spiritual director, who had driven down from his religious community in Georgia, came forward to bless us. He prayed for Joan, her faithfulness, service, and continued capacity as a volunteer. Father then prayed an anointing over my wife and me: That God might bless us and help me continue this vital ministry. The presence of the Holy Spirit was strongly felt that night.

Some weeks earlier, Archbishop Thomas Wenski had honored Joan with a retirement party at the Pastoral Center. He presented her with a gift: a medal of St. Joan of Arc. How fitting a tribute to someone who has given her life in humble obedience to so great a calling. On behalf of all of us, we offer our heartfelt thanks to Joan, pray God’s blessing on her, and ask Our Lord, His Mother and saints to help us continue her legacy. Quoting St. Joan: “Yet must I go and must I do this thing, for my Lord wills that I do so.”

Sister Lidia Valli - 11/26/2018 09:33 PM
Congratulation dear Joan. May our Lord bless your service and dedication and grant you his blessings. With gratitude from all the Marian Center Family.

james - 11/26/2018 11:20 AM
Dearly beloved, What an amazing sight: she saw a vision of St. Michael, St. Catherine and St. Margaret. And, God bless anyone that stands up to defend the Church's beliefs. In Unity,