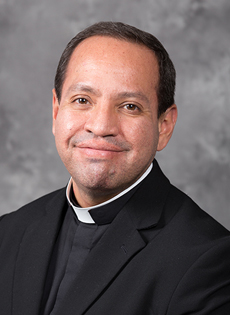 Father Luis Flores, Jr., 41, admits his was a late vocation. A native of Lima, Peru, and the eldest of three brothers, his family moved to the U.S. in 1983. After a one-year stint in Miami, they moved to Washington, D.C., where his father found work in government radio. Upon returning to Miami in 1996, Luis began working as a project manager for a security systems company. His mother kept after him to stay close to the church, and he joined Our Lady of Lourdes Parish in Kendall, âbut I wasnât getting anything out of it.â

Currently Fr. Flores is Parochial Vicar at Our Lady of the Lakes Church.

Then he went on an Emmaus retreat. âThatâs when this life of service kind of began to attract me,â he recalled. âI asked God for signs.â

The biggest came through his parents. He remembers his motherâs reaction when he told her, âI think the Lord is calling me.â She lowered her head, said âthanks be to Godâ and whispered, âNow I understand.â

When he asked her what that meant, she replied: âSomething in my heart told me about a month ago to pray that one of my three sons be consecrated to the Lord.â

âThatâs when I looked up and said, âGod, that was a good one,ââ Father Flores said.

The same thing happened when he told his dad. âI had a dreamâ that you were already a priest, his dad told him. âThat was like a two-by-four in the back of my head, from God,â Father Flores says now.

He also understands that he had to walk away from his own plans and desires to answer the call to priesthood.

His first assignment was to Little Flower in Coral Gables. 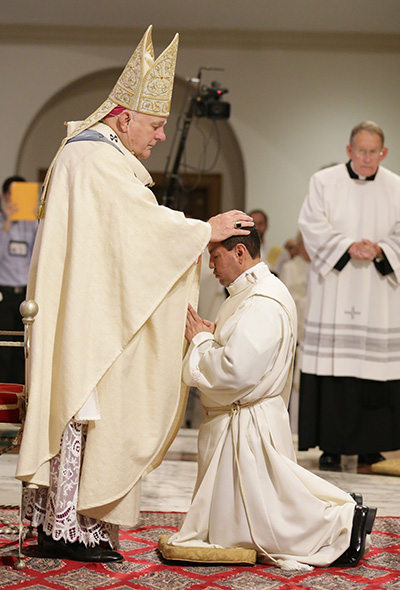