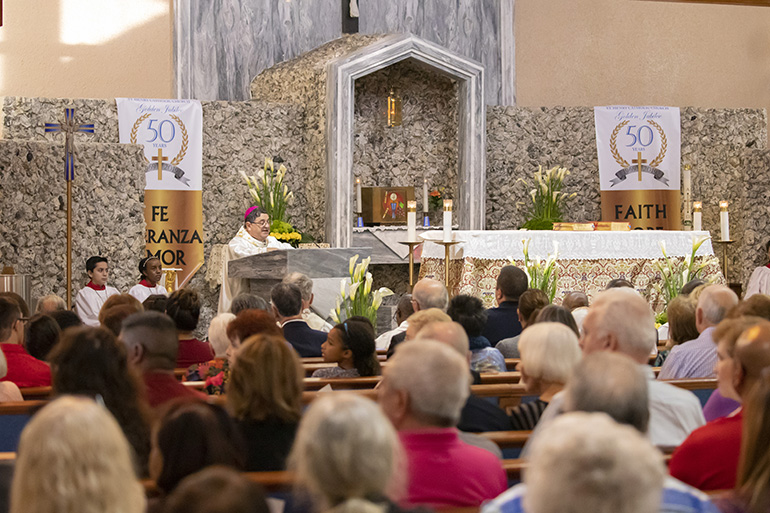 Auxiliary Bishop Enrique Delgado gives the homily during the Mass marking the start of a year-long celebration of St. Henry Church's golden jubilee. 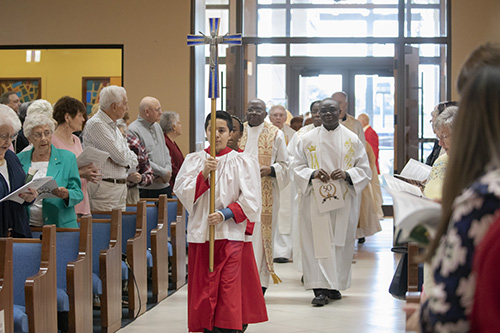 St. Henry Church in Pompano Beach began a year-long celebration of its Golden Jubilee with a special Mass Jan. 12. 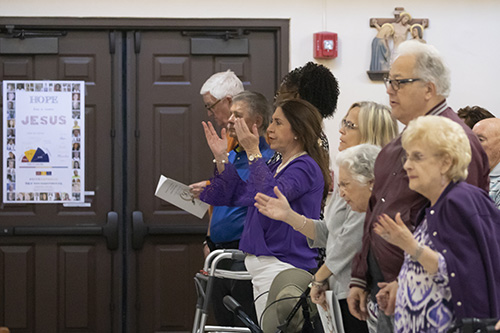 Parishioners pray during the Mass marking the start of a year-long celebration of St. Henry Church's golden jubilee.

POMPANO BEACH | From its start as a modest-sized church situated in the midst of a warehouse district, to the national attention it received for the state-licensed tavern it once operated, St. Henry Church in southern Pompano Beach has always been a special place where things sometimes get handled in unique ways.

On Jan. 12, the church began a 13-month celebration of its first 50 years with an opening liturgy concelebrated by Miami Auxiliary Bishop Enrique Delgado, who told the congregants: “Fifty years ago, this parish was established as a eucharistic community. We are all missionary disciples because we follow Jesus and we tell the world about Jesus. We need to understand that the Lord Jesus Christ is always waiting for us.”

The diverse, multinational community of faith at St. Henry’s has followed an atypical and occasionally bumpy path over the first 50 years, but the parishioners say the ride has been well worth it.

“We were founded in May of 1969, but in January we are celebrating the parish’s founding,” Father Francis Akwue, pastor, told parishioners at the opening Mass. “That’s because in May I will not have so many people here. In January, we are full, but in May, all those people, the snowbirds, are gone.”

The year ahead will see a variety of events, among them a March fish fry, a Family Fun Day on June 1 and a Christmas Around the World celebration in December. The closing liturgy will be celebrated Jan. 11, 2020, after which a jubilee gala, Jan. 25, will officially end the celebration.

Cheryl Graziose arrived early and sat next to her husband Jerry as the church filled to overflow for the opening liturgy. They then headed to the parish hall, the site of Henry’s Hideaway, the erstwhile tavern that was once housed there. A line had formed for a reception, a chance for the parish community to eat and celebrate with friends. 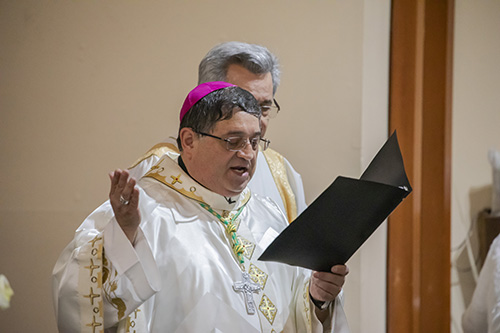 The couple had been parishioners at St. Henry’s for over a decade, Cheryl Graziose said. They had stopped by for Mass one Sunday when the fit at their old parish didn’t feel quite right.

“We started attending here because we felt comfortable,” she said. “You know how sometimes things just click? That’s how it was for us here. People are just very friendly here.”

That feeling of belonging is important, Bishop Delgado said. “Pope Francis sees parishes as the centers of evangelization, where everyone is welcome. â¦The parish must be a mission center.”

Fran Tully, a longtime parishioner, said St. Henry’s is all that and more.

“My friends used to say to me, ‘What’s going on at your church? There’s no kneelers there and you go straight to the bar right after Mass.’ Of course, that was in the past.”

She smiled as she looked over the crowd spilling into the parish hall. “It’s a closely-knit community here, a lovely parish,” she said. “It’s home.” 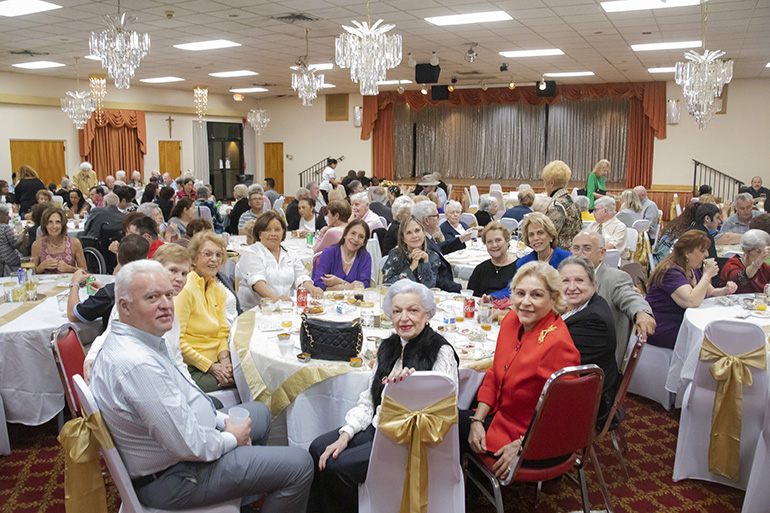 Parishioners gather for a reception after the Mass marking the start of a year-long celebration of St. Henry Church's golden jubilee. In the center table are members of the parish's Venezuelan group.

Other News from St. Henry Church