Lawyers urged: Show love for 'those on the margins' 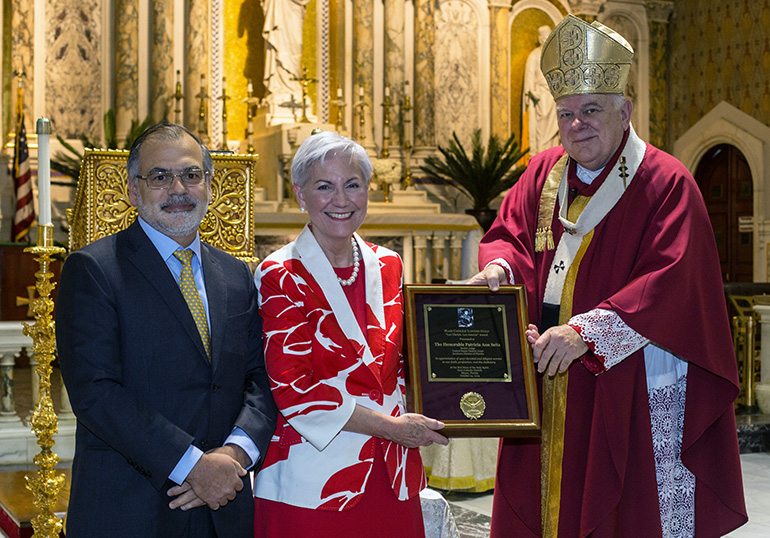 MIAMI | Judge Patricia Seitz has dedicated her life to public service. Currently a senior judge in the U.S. Southern District of Florida, Seitz’s service ranges from pro bono work to helping former inmates return to the community once they are released from prison. 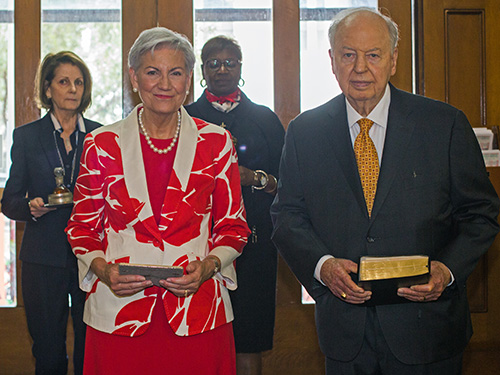 “Former convicts face overwhelming obstacles and they often fall back into behaviors that landed them in prison,” she said after the annual Red Mass of the Holy Spirit, celebrated Oct. 24 at Gesu Church by Archbishop Thomas Wenski. During the Mass, she received the Miami Catholic Lawyers Guild 2019 Lex Christi, Lex Amoris (law of Christ, law of love) award.

Seitz spearheaded a federal program called CARE — Court Assisted Re-Entry — which offers mentoring and a special court for prisoners reentering the community after extended sentences. And she has advocated for lawyers to do pro bono work in order to facilitate access to justice for all Floridians.

“Despite her more than 20 years on the bench hearing thousands of criminal cases, one colleague described her as unflagging in her optimism and in her faith and in the ultimate goodness and decency of people,” he continued. “She is not afraid to talk openly about her beliefs. She cares deeply about service to the community. She and her husband, Alan Greer, are involved in the Marriage Covenant retreats at their church.” 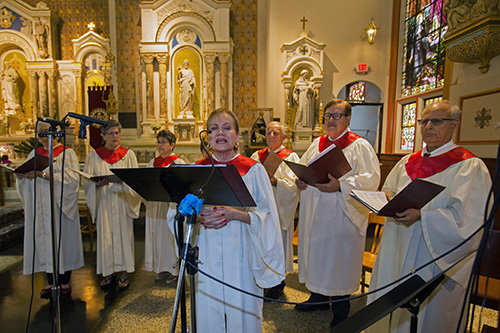 Judge Seitz grew up as an Army brat, living in 13 different cities before her 13th birthday. She graduated from Kansas State University and put herself through Georgetown Law School as a Supreme Court correspondent for the Dallas Times-Herald. She moved to Miami to work at Steel, Hector and Davis, where she was the first female lawyer in the firm and only one of a handful of female trial practitioners at the time. She achieved another milestone when she became the first female president of the Florida Bar in 1993. After a stint in Washington as general counsel to President Bill Clinton’s drug czar, Clinton appointed her to the Florida federal district court in 1998.

“I pray that the Holy Spirit will ignite us in our love of God,” she said. “We will be judged by the measure of love we’ve given especially to those on the margins of society. Those just released from prison after many years need help to reenter the community. They have no job skills, no computer skills, don’t have money for rent, no driver’s license and have to spend many hours a week using public transportation going to a minimum wage job. These are the people we are called to serve.”

In his homily, Archbishop Wenski noted that “we wear red vestments today to evoke the fire of the Holy Spirit, but red is also evocative of the blood of martyrs, like that of the great Catholic lawyer and statesman, Sir Thomas More.” 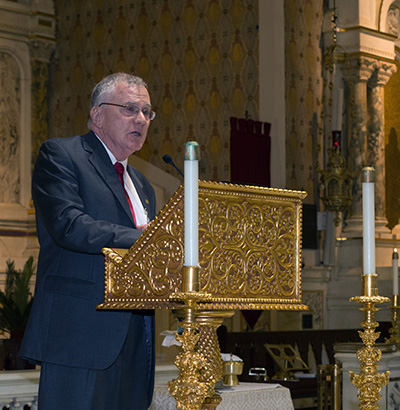 Now a saint, More opposed King Henry VIII’s separation from the Catholic Church, refusing to acknowledge Henry as supreme head of the Church of England and the annulment of his marriage to Catherine of Aragon. After refusing to take the oath of supremacy, he was executed for treason in 1535. He is said to have said, “I die the king’s good servant, and God’s first.’’

“Despotism may be able to do without faith, but freedom cannot,” Archbishop Wenski said, quoting Alexis de Tocqueville, a 19th century politician and historian “who wrote approvingly about our American experiment in democracy.”

De Tocqueville said despotism comes in both “soft and hard forms,” hard being martyrdom by the sword, such as happened to St. Thomas More and continues to happen in some countries of the Middle East. In this country and other liberal democracies, the archbishop said, “people of faith are being increasingly subjected to a soft despotism in which ridicule, ostracism, and denial of employment opportunities or advancement are being used to marginalize us.”

The Guild sponsored the Red Mass, a tradition dating back to the 13th century, when it officially opened the term of the court in most European countries. Celebrants, government officials, lawyers and judges processed into church dressed in red vestments or garments. The goal was to invoke the wisdom of the Holy Spirit on those involved in the legal profession.

“The tradition invokes, calls for and invites the Holy Spirit to come to members of the legal profession,” said Frank Sexton, president of the Miami Catholic Lawyers Guild. “We ask the Holy Spirit to inspire us through wisdom, understanding, counsel, fortitude, courage, knowledge, piety and fear of the Lord. I believe that lawyers are instruments of God. Where would we be without the rule of law and lawyers? There would be a world of violence and chaos.” 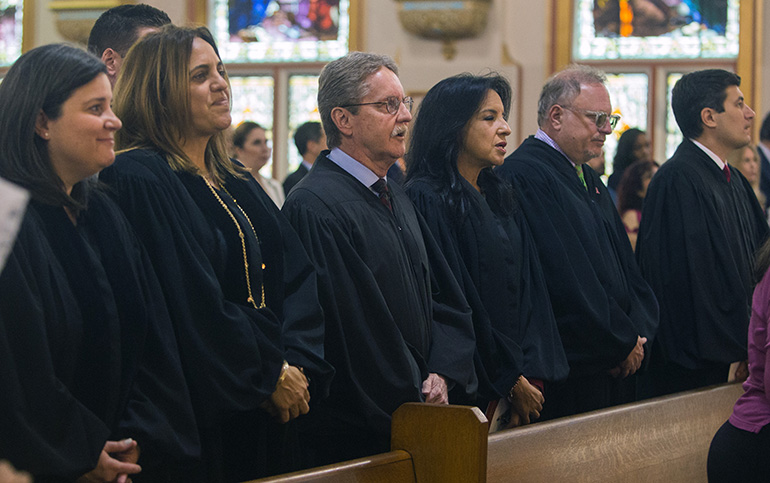