20 students compete, with another 25 watching virtually 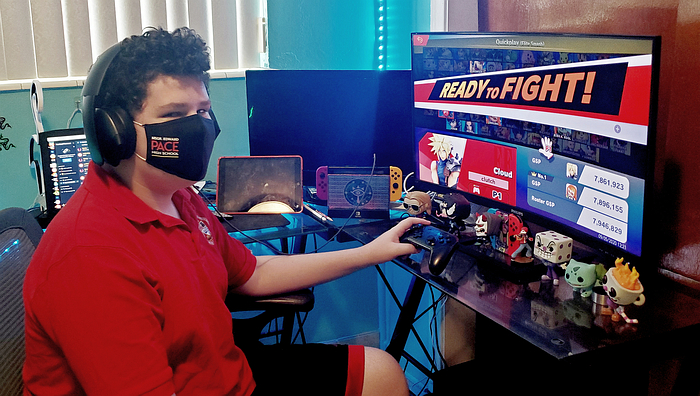 MIAMI GARDENS | As one of the few high schools in South Florida with an E-sports lab, Msgr. Edward Pace hosted its first gaming tournament in early September.

Twenty students took part in the Spartans Smash Bros Tournament, with about 25 others watching. They all kept touch virtually from their homes, via online communications through Pace High.