Making a dent in the affordable housing crisis 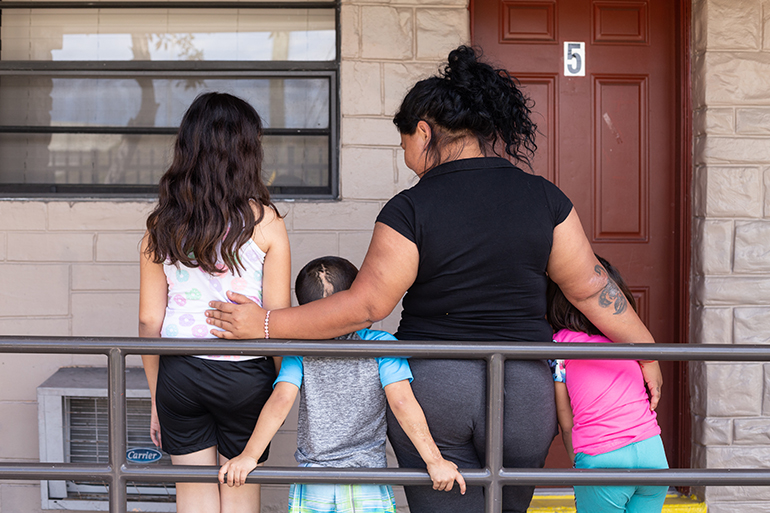 A mother and her three children relax on a quiet weekend at New Life Family Center, a Catholic Charities emergency shelter serving homeless families in Miami-Dade County. The families are provided the services they need to move into permanent independent living and self-sufficiency.

MIAMI | Hardly a day goes by that the dilemma of affordable housing isn’t on Evelyn Soto’s mind, especially in the greater Wynwood neighborhood of Miami, with its trendy Art District and its housing redevelopment scene.

“This area of Wynwood, with the development going on, is getting very expensive to rent in — two blocks down a one bedroom was $1,500 a month,” said Soto, director of the archdiocese’s New Life Family Center, a Catholic Charities program based near downtown.

New Life sits in a kind of ground zero within the affordable housing crisis in South Florida. It is charged with helping homeless families through the process of what is known in the industry as “rapid rehousing” — providing temporary short-term accommodations and later rental assistance to people who became homeless because of a crisis and are considered capable of becoming self-sufficient again.

New Life has 15 small efficiency rooms for a total of 60 residents, so staff are daily fielding phone calls from a consistent trickle of needy families seeking a temporary stay. Referrals often come through the Miami-Dade County Homeless Trust which is tasked with ending homelessness in the county. 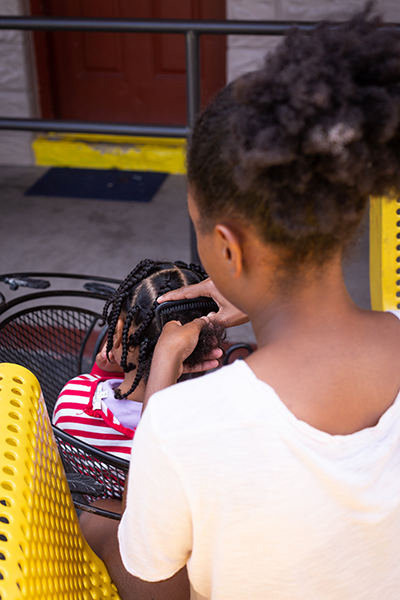 Children relax on a quiet weekend at New Life Family Center, a Catholic Charities emergency shelter serving homeless families in Miami-Dade County. The families are provided the services they need to move into permanent independent living and self-sufficiency.

The focus is getting families into housing of their own within six months of their stay at New Life, according to Soto, who said she makes a habit of collecting names and locations of local housing resources that might be suitable for New Life clients.

A staff family enrichment specialist then starts working on forming partnerships — special agreements between Catholic Charities, a landlord and the New Life client who needs help getting into a rental agreement.

“We need to work with landlords who understand that people go through hard times and things happen to them, and it's not always because they are a bad person who doesn’t want to pay rent. We are kind of the advocate for the client,” Soto said.

Not only are rents of over $1,000 a month for one-bedroom apartments a stumbling block for low-income families, having an eviction on record makes landlords resistant to renting.

A lot of the legwork done by New Life is to “help landlords understand that we are going to assist to transition these clients into housing,” Soto said, adding that New Life’s rapid rehousing funds pay a portion of the cost for getting a client into a new place.

New Life staff report that most of their families have gone on to make arrangements with good landlords, but rental pitfalls can include pricey application fees and other hidden costs or surprises that the client may encounter.

“We want to be in the middle so that we are sure everything is well, and we educate clients on how to look for apartments that are good, how to understand the lease, understand their rights and make sure that the apartment is livable,” Soto said.

“Through a small inspection we look for the minimum conditions for a person to live there,” she added, citing things such as running water, working toilets and a kitchen. 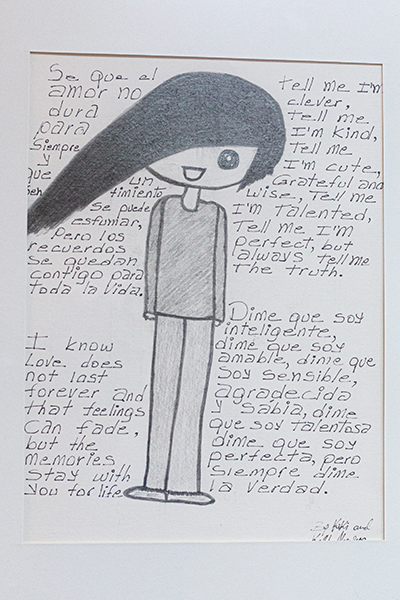 A youngster's artwork hangs on display at the New Life Family Center, a Catholic Charities emergency shelter serving homeless families in Miami-Dade County. The families are provided services they need to move into permanent independent living and self-sufficiency.

The data is the result of the annual “Point-in-Time” count required by the U.S. Department of Housing and Urban Development, which takes place every January across the U.S. Miami Beach is the only community that saw an increase in the number of street homelessness — a double-digit increase of 23%.

Last December, the Bezos Day One Fund associated with Amazon founder Jeff Bezos — who attended high school in Miami as well as the University of Florida — awarded Catholic Charities of the Archdiocese of Miami $5 million towards its homelessness prevention and intervention programs.

The grant allows Catholic Charities to provide additional assistance to families in need of permanent housing through the Housing First Model, a best practice, and will ensure Catholic Charities can address more of its clients' most basic needs. It is also helping to expand supportive services that help families fighting homelessness become self-sufficient.

Catholic Charities director Peter Routsis-Arroyo said that in the coming year or so the facility will relocate to an expanded downtown Miami location with room for additional clients, giving residents a better space for personal living, children’s art therapy programs, meals and intensive case management.

“We are fully occupied at the current facility,” Routsis-Arroyo told the Florida Catholic, adding that New Life is one of the few Miami transitional shelters for families, which includes single parents with children — even single fathers with children. Charities, he said, has similar efforts underway throughout the archdiocese.

“We work closely with the Housing Trust in Miami-Dade and the United Way in Broward and other organizations. We are doing quite a bit of rapid rehousing in Broward and the same in Monroe County and partner with other agencies to help with the crisis,” Routsis-Arroyo said.

“There seems to be more recognition in the public that this is a major crisis and public officials have to find a way to make development of affordable housing easier; no one is saying that (affordable housing) is not an issue,” he added. “It will take years to resolve — you hear how the cost of living in Miami is pretty high compared to other places.”

For her part, Soto said that before she worked at New Life, she was less aware of the housing situation.

“Sometimes we tend to judge, and I have learned not to anymore. Everyone has a situation, and you don’t know the background of what brought a person to be homeless, and people go through things,” Soto said. “We are here to help as Catholics, to lift them up and help them start again.” 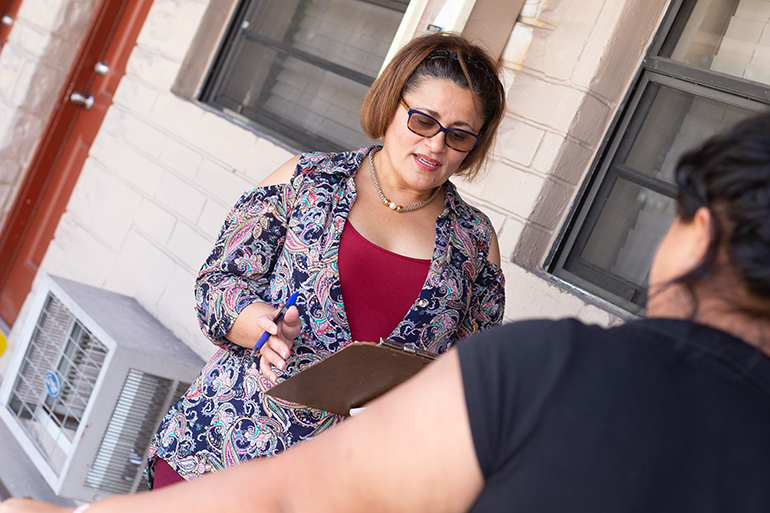