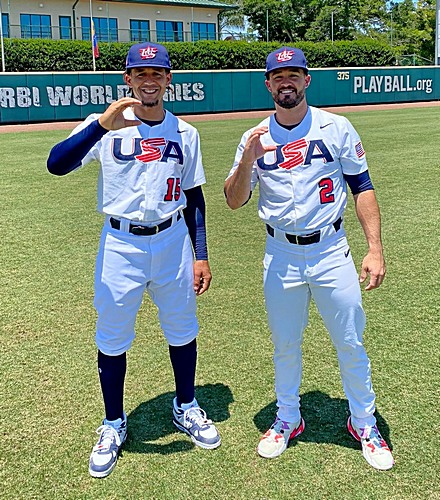 Jon Jay, left, and Eddy Alvarez make the capital 'C' gesture for their alma mater, Christopher Columbus High School. Both will join the U.S.A. baseball beam for the Summer Olympics in Tokyo.

Alvarez, a 2008 graduate of Columbus High, will be the 11th American to participate in both the Winter and Summer Olympics. In 2014, he won a silver medal in speed skating at the Winter Olympics in Sochi, Russia – the first Cuban-American male on a U.S. Olympic speed skating team.

Jay, who graduated from the Marist school in 2003, became a World Series champion in Major League Baseball in 2011 as a starting centerfielder for the St. Louis Cardinals.

The Summer Olympics are scheduled for July 23 through Aug. 8.