Play on – but with caution

Church leaders give their views on Catholic popular music

Young Catholics sing, praise and worship to a new beat

How one group leads contemporary worship

On the one hand, this is what they’ve been asking for: a musically skilled laity taking an active part in worship. On the other hand, the shifting tastes of pop culture make it hard for them to grant the songs a lasting place.

“Music is an art â really, the most valuable art in the Church,” said Gustavo Zayas, director of music for the Archdiocese of Miami. “Music has to be universal and have a transcendent quality.” 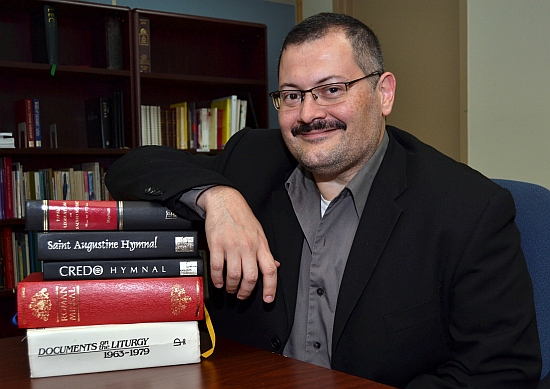 Zayas agreed that contemporary music can be used for prayer services or large gatherings. “But it's not the highest ideal; it places itself at one point in time. Any new forms must grow organically from the old forms.”

As with many things Catholic, the matter goes way back. Before the 16th century Council of Trent, most liturgical music was a specialty: chants sung in unison by clerical choirs.

That council, however, helped to foster a religious revival and with it, an explosion of religious music: polyphonic harmony with choirs and organ, and eventually with other instruments. Church architects even began building choir and organ lofts into the very structure of houses of worship.

Composers, too, produced more and more elaborate work, leading to the Baroque period, 1600-1760. Brilliant composers, including Mozart, Handel, Vivaldi and Monteverdi, interwove choirs, orchestras and texts of the Mass to create monumental pieces that are still performed today.

It was the “performance” part that became the problem, said Msgr. Terence Hogan, dean of theology at St. Thomas University in Miami Gardens. 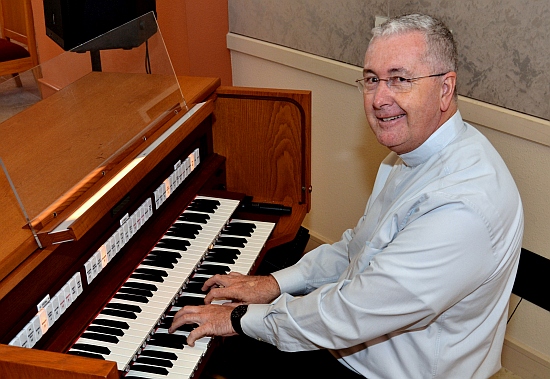 “People came to watch the Mass, not participate,” said Msgr. Hogan, who has taught music courses and plays organ himself. “If you're performing, it's not active participation â it's a show.”

Change began in the 19th century, partly because of the cost, Msgr. Hogan said. Conflicts like the French Revolution and the Austro-Hungarian wars tightened the wallets of rich families that had bankrolled the elaborate church performances.

Also furthering change was Pope Pius X, who prodded laypeople to learn some of the chants of the Latin Mass so that they could participate more at church. He also encouraged congregational hymn singing at various parts of the Mass.

After Vatican II, the Church issued Musicam Sacram, which allowed singing of liturgical music in vernacular forms. The 1967 document even blessed the use of instruments “characteristic of a particular people.”

In 2007, the U.S. bishops added in their document Sing to the Lord that “the rich cultural and ethnic heritage of the many peoples of our country must also be recognized, fostered and celebrated.” 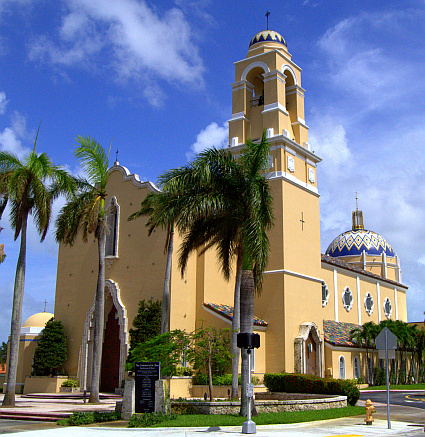 Nationally, organizations have arisen â including the National Pastoral Musicians and the Religious Education Congress of the Los Angeles Archdiocese â to guide and coordinate more modern Catholic sounds. Part of their challenge is to blend accessible music styles with age-old worship themes and teachings.

But there's a risk of diluting worship with “saccharine and sentimental” music, Msgr. Hogan said.

“We have to be careful that the way we present the faith musically has a clear theological basis,” he said. “The test of worth is sacred words and good music. It's singable and memorable.”

Msgr. Hogan mentioned other concerns as well. One is the pull of modern music toward individualism. Catholic music “should be communal and focused on God.”

Lyrics, too, need attention, he said. “Contemporary Christian music is the rhythm and the beat, not the words. If we're going to have active participation, we have to be aware of the words.”

Still another issue is appropriate setting, and that runs both ways. “Would you want 'Ave Maria' at a wedding reception or at church?” Msgr. Hogan asked. He added a final test: time. “Good music lasts. Bad music doesn't.”

Apparently, though, there's room for flexibility even within church walls. Despite his stress on transcendence, Zayas once took part in a Mass at St. Mary Cathedral â where he personally directs music â with a Nicaraguan choir, a group that used electric bass, guitar, marimba and synthesizer.

“There are extremes on both sides,” Zayas said. “In this archdiocese, we strive for a balance.”