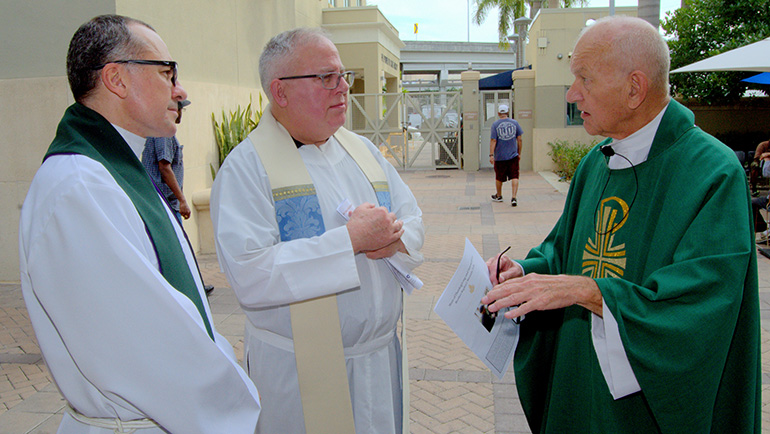 MIAMI | Brother Raphael Mieszala wears several hats: ordained priest, registered nurse, degreed lawyer, brother in the Hospitaller Order of St. John of God. All of those credentials had their place on the program for his farewell Mass and reception at Camillus House.

But interviews at the Feb. 15 event revealed other sides of the gentle cleric: a dedicated servant, a tireless worker, a caring friend.

“He's always been sympathetic when I came to him for confession,” said Andria Hanley, Camillus House’s vice president of development. “It’s been a great gift to have someone like that at work.” 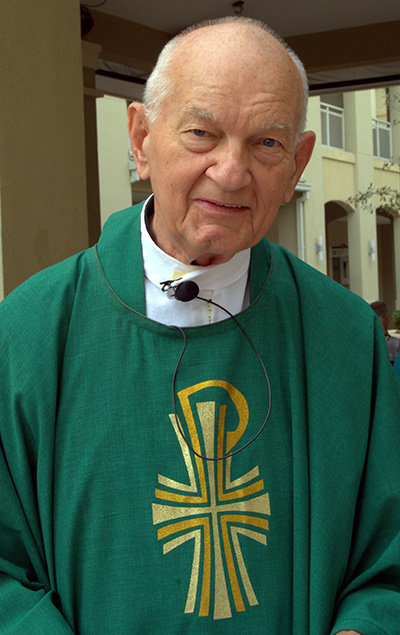 “He's always able to calm the waters,” Ahr said, adding tongue in cheek: “If he was in the boat with Peter, all of the disciples would have walked on water.”

Father Juan Sosa said Brother Raphael not only helped him at St. Joseph Church on Miami Beach, but also visited sick parishioners. He called the brother’s style a “seductive simplicity, not overpowering. I think he was born with that in him.”

Brother Mateo Fenza had similar praise for the man with whom he worked for 12 years at Camillus House.

“Brother Raphael was the best teacher I could ever have,” said Brother Mateo, who has been in his order for 41 years. “Every day was a touch of grace from God.”

Father Matias Hualpa reminisced on his days as a seminarian putting in service days at Camillus House. Brother Raphael’s humility and service ethic were his strongest memories, he said.

“It was a sense that it was the work of God, that we are here to serve,” Father Hualpa said. “That was especially important to us as seminarians.”