Racism is a sin 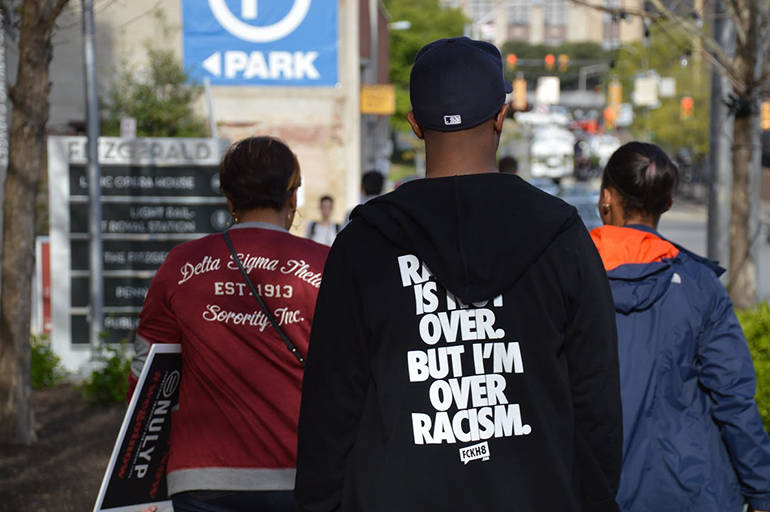 A local wears an "I'm over racism shirt" on the streets of Baltimore, Maryland on May 1, 2015, in light of the death of Freddy Gray, a young African-American man who was reportedly killed by Baltimore police in April.

MIAMI | Last November, during its fall assembly, the U.S. Conference of Catholic Bishops issued the pastoral letter “Open Wide Our Hearts: The Enduring Call to Love.”

This pastoral letter is a formal declaration against racism, and was published almost 40 years after the USCCB issued the statement “Brothers and Sisters to Us: A Pastoral Letter on Racism in Our Days.” There, the bishops declared that racism is “a sin that divides the human family, blots out the image of God among specific members of that family, and violates the fundamental human dignity of those called to be children of the same Father.”

Four decades later, the bishops again categorically denounce racism, which they compare to an infection.

“Racist acts are sinful because they violate justice,” they say in their 2018 document. “They reveal a failure to acknowledge the human dignity of the persons offended, to recognize them as the neighbors Christ calls us to love ( Mt 22:39).” 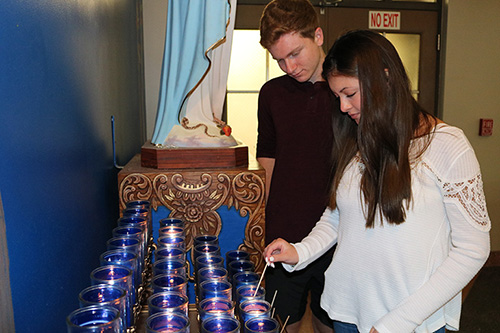 Alexa Reed, 16, and her cousin Joshua Reed, 18, light candles for the souls killed at Marjory Stoneman Douglas High School on the one-year anniversary of the tragic event. They attended a holy hour at Mary Help of Christians in Parkland held to pray for the victims and the families and for peace.

On August 2, the bishops joined their voices with that of Archbishop William Lori of Baltimore, Maryland, who responded to messages in which President Donald J. Trump characterized a district represented by Democrat Elijah Cummings as a "rat and rodent-infested disaster.”

“Like Archbishop Lori, we were deeply saddened by the denigration of the City of Baltimore in recent public discourse, especially given [Houma-Thibodaux, Louisiana Bishop] Shelton J. Fabre’s recent participation in a very powerful and fruitful listening session in that city on the issue of racism. Constructive dialogue requires, first and foremost, mutual respect and the recognition that each and every person shares in the same inalienable human dignity regardless of their race or national origin,” the statement read.

Days later, when the pain of the tragedies in El Paso and Dayton covered the nation, Archbishop Gustavo Garcia Siller, of San Antonio, Texas, sent a message through the Archdiocese of San Antonio’s Facebook page, where he stated: “No one has the moral right to make racist statements... There is growing fear and harassment, and at times American public discourse uses rhetoric that instigates fear against foreigners, immigrants and refugees.”

From the Diocese of Sacramento, California, Bishop Jaime Soto issued a statement expressing that “the recent senseless assaults against the communities of Gilroy, California; El Paso, Texas; and Dayton Ohio have extended a sorrowful litany of hateful violence. ...We cannot let these demented deeds poison our spirits or cripple our resolve to build strong communities rooted in the wisdom and mercy of Jesus.”

Bishop Soto described the rapid succession of these incidents as “disgusting and heartbreaking,” and urged the people of God not to grow indifferent or resigned. “The violent impact of these shootings should not make us question our own power to make a difference for our families, neighbors and friends.”

Bishop Nelson J. Perez, of the Diocese of Cleveland, Ohio, said, “again and again we are stunned by this unthinkable violence and loss of life.” He joined his voice to that of Cardinal Daniel DiNardo, chairman of the USCCB, and Bishop Frank Dewane, chairman of the bishops’ Committee on Domestic Justice and Human Development, who released a statement after each of the killings — a total of three statements in only seven days. In them, they all raised their voices against the scourge of armed violence “that continues unchecked and spread throughout the country.” 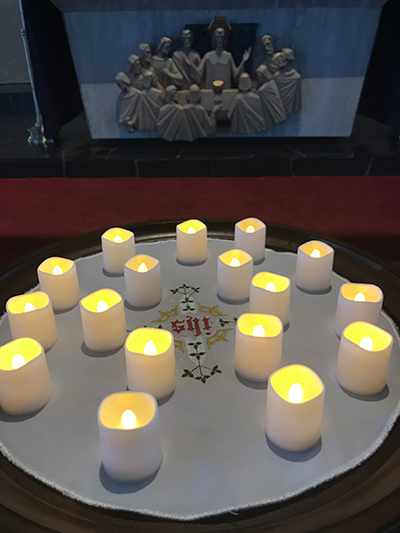 Seventeen candles -- one for each of those killed during the mass shooting at Marjory Stoneman Douglas School -- are placed before the altar at St. Jerome Church during a memorial service in 2018.

“The Church should act in ways that heal and support all those affected by gun violence. It is disturbing that our society would seem to allow some to feel comfort in being violent,” Bishop Dewane stated in the wake of the massacre in Gilroy.

“Our legislators must make changes to our gun policy to prevent the loss of life. As Americans, we must be honest with ourselves that we have a sickness, almost a plague, with the problem of gun violence,” read the statement after the tragedy in Gilroy. “As Christians, we must look to the cross, repentant of the ways that have led us to this point and, with God’s grace, abandon such senseless, inhuman acts. Let us resolve to make the sacrifices necessary to end the violent killing that saturates our nation.”

“Something remains fundamentally evil in our society when locations where people congregate to engage in the everyday activities of life can, without warning, become scenes of violence and contempt for human life,” read the statement on the tragedy in El Paso.

After learning about the third massacre, this time in Dayton, the bishops firmly declared, “The lives lost this weekend confront us with a terrible truth. We can never again believe that mass shootings are an isolated exception. They are an epidemic against life that we must, in justice, face.”

The Catholic leaders encouraged Catholics to pray and sacrifice for healing and an end to the shootings, and urged them to raise their voices for the necessary changes in both national policy and national culture.

“The Conference has long advocated for responsible gun laws and increased resources for addressing the root causes of violence. We also call upon the President and Congress to set aside political interests and find ways to better protect innocent life.” 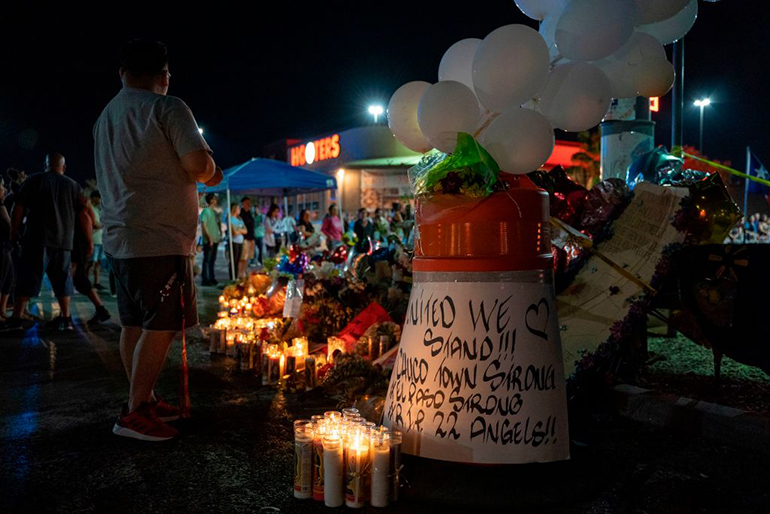 Locals of El Paso visit the memorial for shooting victims at the Cielo Vista Mall Walmart in El Paso, Texas on August 8, 2019. The El Paso community is still reeling from the trauma of the mass shooting which left 22 dead and dozens injured.