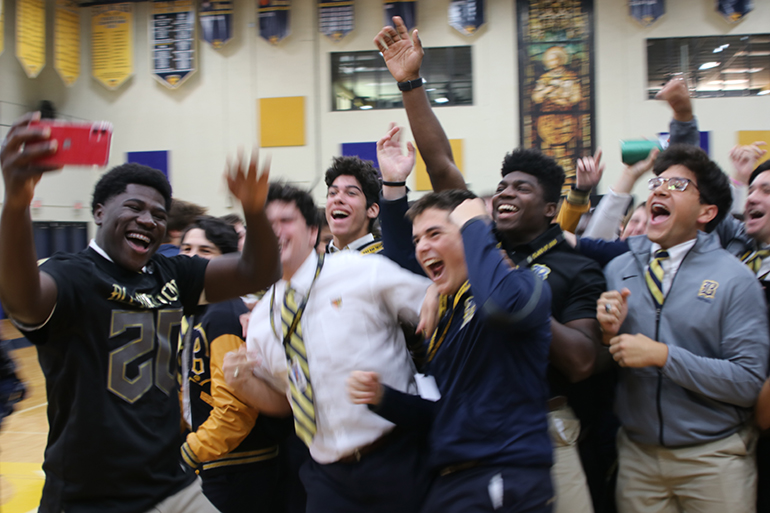 Belen Jesuit Don Chaney Jr. takes a selfie with his varsity football teammates during the pep rally where he received his All-American Bowl football jersey - the first player in Belen history to be selected.

MIAMI | Belen Jesuit senior Don Chaney Jr. has been selected for the 2020 All-American Bowl, becoming the first football player in Belen history to be chosen for this honor.

Chaney, Jr. was presented with his jersey during a special pep rally Nov. 8th at the Roberto Goizueta Athletic Center on Belen's campus.

Chaney, Jr. now joins an elite fraternity of athletes to have played in the All-American Bowl, including Reggie Bush, Tim Tebow, Joe Thomas, Andrew Luck, Odell Beckham Jr., and Trevor Lawrence, among countless others who have gone on to play at the next levels.

The 2020 All-American Bowl will be played on Saturday, Jan. 4, 2020 in San Antonio, Texas, and will be broadcast live by the NBC network. 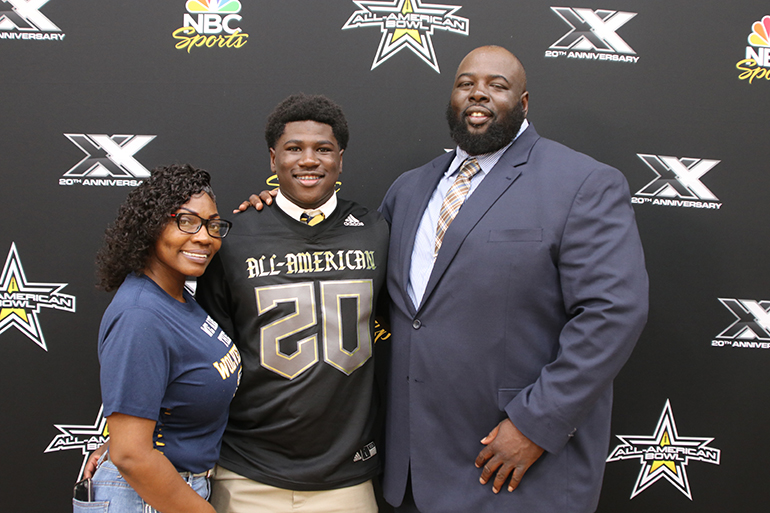