From Catholic students to Catholic principals

Nearly all the new administrators this year are alumni of Catholic schools, most of them in Miami 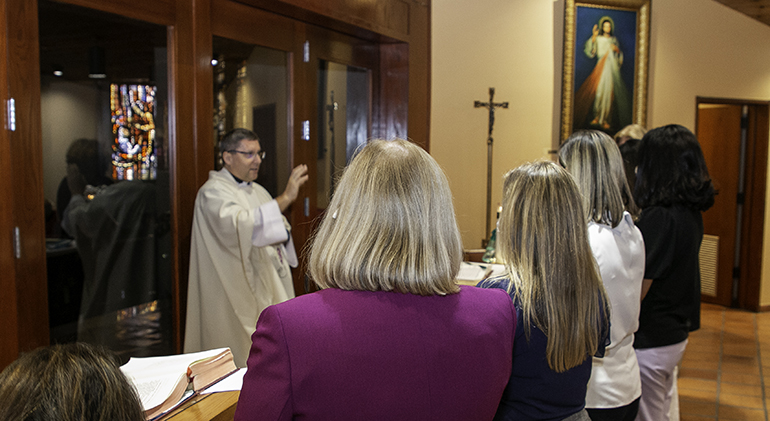 New principals receive a blessing from Msgr. Dariusz J. Zielonka of the Metropolitan Tribunal at the conclusion of Mass during their orientation day, July 29, 2021. The archdiocese's new superintendent of schools, Jim Rigg, welcomed a cohort of eight new principals and two second-year principals to the orientation session at the Pastoral Center. The new principals also spent some time with veteran principals who have been assigned to them as mentors. 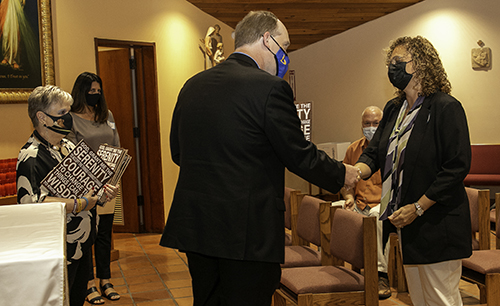 Superintendent Jim Rigg gives a welcome gift to Michelle Chimienti, one of the new principals taking over at eight archdiocesan schools this year during an orientation session July 29, 2021 at the Pastoral Center.

MIAMI | Eight archdiocesan schools have new principals this year, and one, St. Brendan High, has an interim principal. Nearly all the new principals are proud alumni of Catholic schools, most of them here in the Archdiocese of Miami. Here are brief biographies of the new administrators. 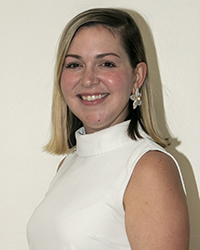 Bianca Acosta is the new principal at St. John the Apostle School in Hialeah.

Acosta is an alumna of Immaculate Conception School in Hialeah and Msgr. Edward Pace High School in Miami Gardens. She earned a bachelor’s degree in elementary education while working at Immaculate as a substitute and aftercare teacher. She continued working there while earning a master’s degree in secondary science education from Nova Southeastern University. Selected to attend the Faith & Astronomy Workshop hosted by the Vatican Observatory in Arizona, she has since had a passion for the instruction and integration of faith and science. After completing her master’s degree, Acosta taught biology and engineering at Pace and introduced the AP Capstone program at the high school. During this time, under the guidance and support of Pace’s principal, Ana Garcia, Alvarez earned her specialist certificate in educational leadership. 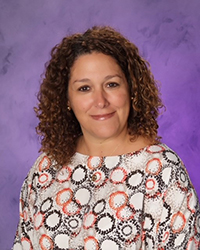 Born and raised in Miami, Alvarez attended St. Brendan Elementary and Our Lady of Lourdes Academy in Miami. She earned her bachelor’s degree in social studies education from Florida International University and her master’s degree in marriage and family therapy from St. Thomas University in Miami Gardens. She is currently working on her master’s degree in educational leadership from Barry University in Miami Shores. She has served the diocese at St. Brendan High School since 1993 as a teacher, coach, counselor, department chair and dean of students. She is committed to providing young men and women a Catholic education so that they may discern God’s will for their lives. 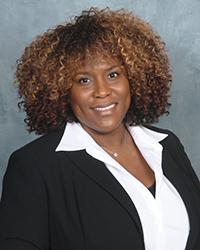 Lori Bryant is the new principal at St. James School in North Miami.

Bryant attended St. Mary Cathedral School and Archbishop Curley Notre-Dame High School in Miami. She earned her bachelor's degree in business administration from the University of West Florida and her master's degree in educational leadership from Nova Southeastern. She holds certifications from the State of Florida in elementary education and educational leadership and has 15-plus years of experience in education, ranging from teaching to administration. After completing her undergraduate degree, she returned to her alma mater, St. Mary Cathedral School, to begin her career. There, she taught fourth grade before serving as assistant principal. She then continued her service in the public sector before returning to Catholic education to begin her journey as principal. 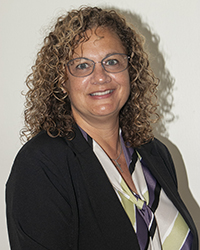 Michelle Chimienti is the new principal at St. David School in Davie.

Catholic school is in Chimienti’s blood. Born and raised in Queens, New York, she attended Sacred Heart Elementary School, where she served at the altar, sang in the gospel choir and worked as the sacristan. For middle school, she was accepted into the Robert F. Kennedy Incentive Program, “a haven of success for gifted minority children,” run by a Franciscan brother. For high school she attended the Mary Louis Academy run by the Sisters of St. Joseph of Brentwood, New York. She obtained her bachelor’s degree in elementary education at St. John’s University and her master’s through Barry University. While at Barry, she was fortunate to be part of the leadership cohort sponsored by the Archdiocese of Miami. Her certification is in elementary education and educational leadership. She has served 17-plus years at St. David School, beginning as a fifth-grade teacher and serving as assistant principal for the past nine years. 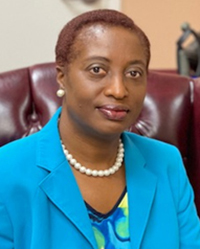 Nyce Daniel is the new principal at Holy Family School in North Miami.

A proud product of Catholic education from preschool to graduate school, Daniel is well aware of the crucial role the Catholic faith plays in empowering students spiritually and academically to lead productive and fulfilling lives. For the past 35 years, she has assumed various leadership responsibilities — guidance director, assistant principal, vice-principal, instructional supervisor, principal — at the elementary, secondary, and post-secondary levels with Miami-Dade County Public Schools. She looks forward to helping the Holy Family community carry out the school’s mission to educate students in a holy, safe, and nurturing environment where they are encouraged to learn and succeed. 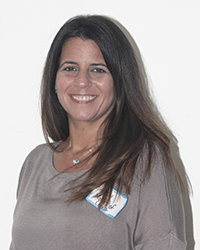 Yesenia (Yesy) De La Torre is the new principal at Mother of Christ School in Miami.

De La Torre is a New Jersey native. Her passion for education was ignited by her service as a fourth-grade teacher at Our Lady of Lourdes Parish School in Miami, where she also began her administrative career as dean of students in 2004. She holds a bachelor’s degree in elementary education from Barry University, a master’s degree in educational leadership from Nova Southeastern and a director’s credential from the Florida Department of Children and Families Child Care Services. Since 2005, she served as assistant principal at Mother of Christ. In addition to principal, she also serves as director of Mother of Christ’s Catholic Learning Center (for ages 3 months to 4 years). She is an active member of the church, where she volunteers in numerous activities. She and her husband, Lucas, have two sons. 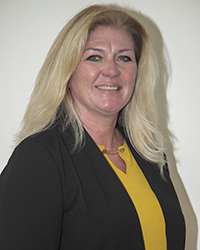 Tara Marino is the new principal at St. Jerome School in Fort Lauderdale.

Born and raised in Queens, New York, Marino is the product of a strong Catholic foundation. She earned her bachelor’s degree in English from the State University of New York at Cortland College, where she met her husband, John, with whom she will celebrate 25 years of marriage this fall. Together, they are raising three sons, Nicholas, Zachary, and Daniel, all current students or alumni of archdiocesan schools. Marino’s passion for education began when she became a parent volunteer at Nativity School in Hollywood. Encouraged by the principal, Elena Ortiz, Marino was hired as an assistant kindergarten teacher. She then pursued her education degree from Broward College while teaching physical education and junior high English. She quickly discovered that she had a passion not only for teaching but also for training, developing, and supporting her peers and partnering with parents to develop their child’s God-given talents. In 2019, Marino earned her master’s in educational leadership from Barry University. She also has served as junior high team leader, accreditation steering committee chairperson, and certification coordinator at Nativity. She looks forward to fostering a strong Catholic identity and cultivating a solid academic foundation to ensure the success of every child at St. Jerome. 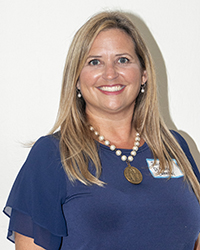 Julie Perdomo is the new principal at St. Mary Cathedral School in Miami.

Perdomo attended St. Thomas the Apostle Schooland Our Lady of Lourdes Academy in Miami and has dedicated the last 15 years of her career to Catholic education. She earned her bachelor’s degree in elementary education from Florida International University and her master’s degree in educational leadership from Nova Southeastern. She has been working in the field of education since 1998, beginning as a middle school math and science teacher at North Miami Middle School. In 2006, she joined the faculty at St. Louis Covenant School in Pinecrest, where she became assistant principal in 2013. Perdomo’s goal is to educate the whole child — mind, body, and soul — and to help students reach their greatest potential. 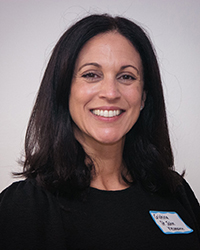 Cristina Rodriguez is the new principal at St. John Neumann in Miami.

Catholic education has been an integral part of Rodriguez’s family and the importance of education, especially a Catholic one, has been deeply rooted in her upbringing. Her mother was a teacher at a Sacred Heart school in Cuba until the Cuban revolution began and she emigrated to Miami. Rodriguez is an alumna of the third graduating class of St. John Neumann, then a little school tucked away between 107th Avenue and 120th Street in Miami. Life experiences led her to study education at Florida International University, where she majored in elementary education with a minor in early childhood. While teaching kindergarten in a public school, she earned a master’s degree in reading education. After five years in public education, she felt the call to return to St. John Neumann as the media specialist. That role began to shift into a role in advancement where she developed relationships with parents and the community to further the mission of an excellent Catholic education at the school. She looks forward to furthering the mission of “our little school,” which is rooted in the Gospel values and committed to academic excellence, faith formation and service to others.

Angela Curatalo - 09/16/2021 09:31 AM
Congratulations Michelle! St. David is near and dear to my heart and it couldn't be in better hands with you in leadership! God bless you and your work!

Angela Curatalo - 09/16/2021 09:31 AM
Congratulations Michelle! St. David is near and dear to my heart and it couldn't be in better hands with you in leadership! God bless you and your work!