'Everything around us is literally science' 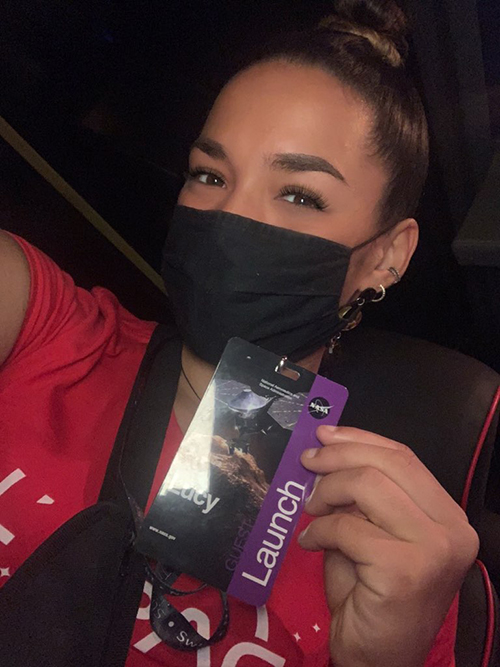 Ready for launch: Science teacher Yolanda Pineda from Immaculate Conception School in Hialeah shows her badge for the Lucy Mission launch at NASA in Cape Canaveral, Florida. Pineda, who is an alumnus of L'SPACE Academy, was invited by NASA in October 2021 to watch the launch of the Lucy Mission probe that will travel to Jupiter to study the Trojan asteroids that surround it. 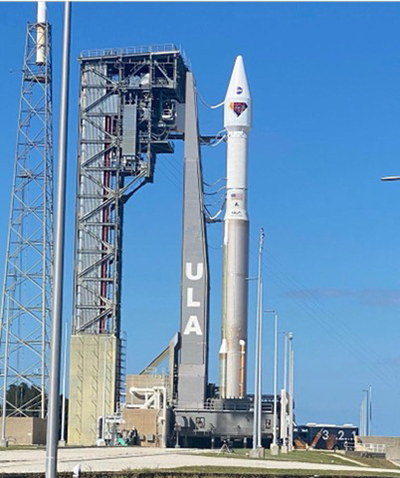 Waiting for countdown: Science teacher Yolanda Pineda photographed the Atlas V rocket used to launch the Lucy probe for its mission to the Trojan asteroids surrounding Jupiter. Pineda, who teaches at Immaculate Conception School in Hialeah, received an invitation from NASA to watch the launch in October 2021 in Cape Canaveral, Florida. 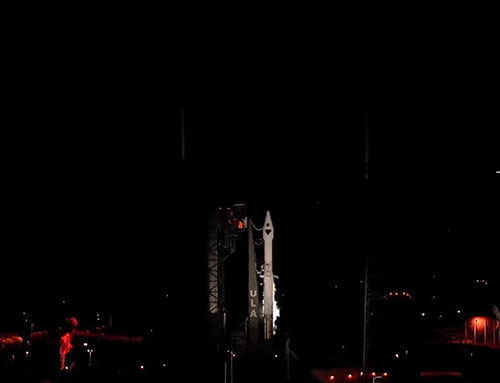 Mission a-go: Science teacher Yolanda Pineda photographed the Atlas V rocket used to launch the Lucy probe for its mission to the Trojan asteroids surrounding Jupiter. Pineda, who teaches at Immaculate Conception School in Hialeah, received an invitation from NASA to watch the launch at Cape Canaveral, Florida, in October 2021.

HIALEAH | Science teacher Yolanda Pineda loves space, but she has no intention of becoming an astronaut and going there.

“Flying is kind of intense. I think you’re either born with it or you’re not,” she said.

Pineda, however, does want to pursue a career at NASA, as a scientist proposing ideas for space exploration and studies. In October 2021, she got a sneak peek at that dream when NASA invited her to the launch of the Lucy space probe, a first of its kind mission to study the Trojan asteroids found around Jupiter that are linked to the origins of our solar system.

At Cape Canaveral Space Force Station, guests and L’SPACE Academy alumni, including Pineda, met with scientists and engineers to learn the details of the mission. On Oct. 16, at 5:34 a.m., she watched as the Lucy probe launched to space, a blazing beacon in a dark horizon.

“It’s a very historical moment. For me to have been standing four miles away from a rocket that is on its way to Jupiter to study these asteroids that have never been studied before, that’s insane to me,” she said.

Pineda’s passion for science and space dates to her childhood: She was always curious, always inquisitive. Even now, she admits, “I will be the first person to research, or read a book, or try to figure out ways to find answers to my questions ... Everything around us is literally science.”

While pursuing a bachelor’s degree in biology at Florida International University, Pineda applied to L’SPACE Academy, a free, online interactive program that teaches STEM undergrad students how NASA missions come to be. (STEM stands for science, technology, engineering and math.) With guidance from experts in the field, students team up, learn, and put into practice “the ways of NASA,” planning every detail imaginable for a mission to space.

Her team, ABEONA-9, named after the Roman goddess of outward journeys and her nine teammates, designed Marvin the Rover. They proposed a Mars In-situ Mineral Investigator (MIMI) mission aimed at understanding the impact of hydrological activity on the formation and deposition of hydrated minerals, to characterize the conditions that might have made Mars habitable in the past. Pineda served as the environmental safety scientist on the team and hopes to one day take on the same role, or similar ones, at NASA.

“I want to be a scientist, either an astrophysicist or an astrobiologist, that incorporates their ideas and makes missions happen,” she said.

While NASA is a future goal, Pineda doesn’t dismiss her current role as the middle school science teacher at Immaculate Conception School in Hialeah.

“I feel like if you’re going to be a teacher you can technically be a teacher forever. I love sharing science. I loved science on my own, but when I get to teach kids, or I get to talk science with anybody else, I get really excited for it because you’re enlightening someone. You’re giving someone more knowledge about something that they didn’t know before and there’s just a power with knowledge,” she said.

Pineda, who is also a NASA Solar System Ambassador, hosted a small presentation in her classroom regarding the Lucy mission. She encouraged students to come up with questions to ask NASA experts, and when she traveled to NASA, she presented them to a few scientists.

“I try to incorporate my students as much as I can,” she said. “I could have easily gone and come back and not really talked about it. But I decided I was going to record videos and show them the links to the briefing and the launch so that they could watch it at home.”

Pineda believes in teachers’ power, and she wants to pass on to her students her passion for science and space; to get them excited about thinking itself. Many times, she is challenged by students on how faith and science overlap. 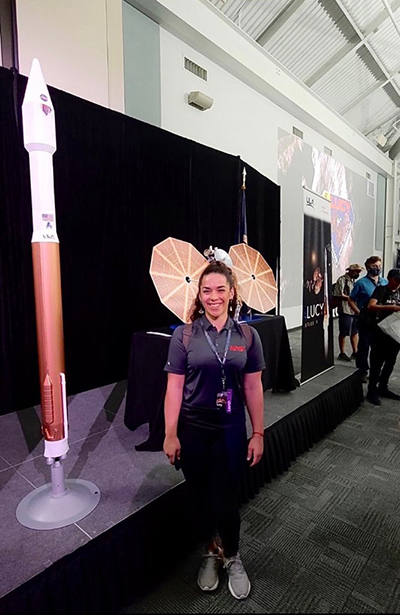 Jupiter bound: Science teacher Yolanda Pineda from Immaculate Conception School in Hialeah poses with models of the rocket and Lucy space probe that were launched by NASA on Oct. 16, 2021 in Cape Canaveral.

“It would be pretty boring if we didn’t have an understanding to how the things worked around us. And that’s what God did. He gave us beautiful science so that we are able to essentially look for how the Earth got here, or how we got here, or what are our bodies made out of, or what the stars are made out of. The things that surround us, or in space, essentially, they were placed there by God,” said Pineda.

At Immaculate, she teaches life science, physical science, and Earth and space, but she also leads a two-day a week after-school STREAM program for middle schoolers to explore sciences not covered during class time. (STREAM adds a religion and art component to STEM).

“I get to show them things from astronomy to neuroscience to chemistry, and I try to make it fun for them by doing hands-on activities and experiments,” she said. “I want to be able to branch out and do things like robotics, and take them on field trips.”

Seventh grader Santiago Leon said the STREAM program is his favorite extracurricular “of all time.”

“It teaches me things about science I never knew before, and it helps me learn many different things about the world. We learn in a fun and safe way by doing experiments with each other,” said Santiago.

Victoria Leon, principal at Immaculate, believes “after the past year and a half, these kinds of things are just what students need.”

Asked if students are still looking to the stars, Pineda admits that interest has shifted from previous years. “With children, unless you really show them the way, and show and tell them what is out there, they’re never really going to know,” she said. “This is why I do it.”

The archdiocese’s 62 Catholic schools will be celebrating Catholic Schools Week from Jan. 30-Feb. 5, 2022. Each school has planned a variety of spiritual and social activities to celebrate the vibrancy of Catholic education. This week is also the start of registration season for Catholic elementary schools. Anyone interested in a Catholic education, should start by visiting the School Finder on the archdiocesan website: https://www.miamiarch.org/CatholicDiocese.php?op=school_location.