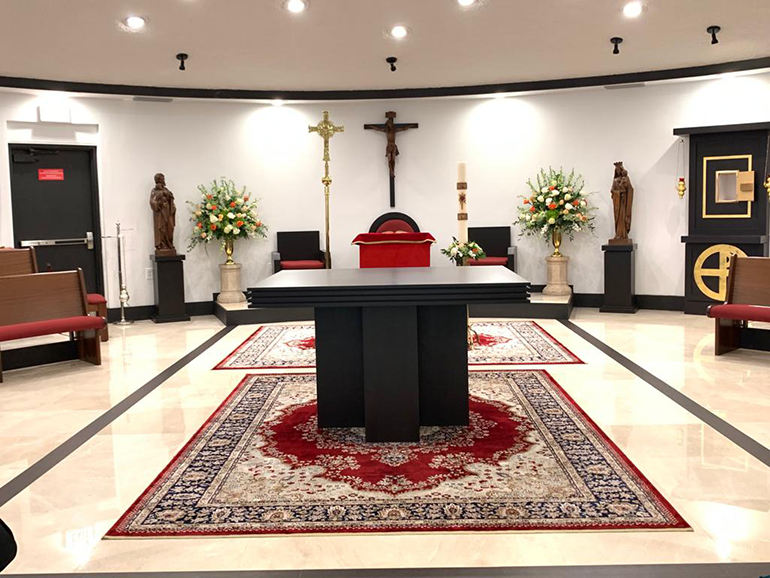 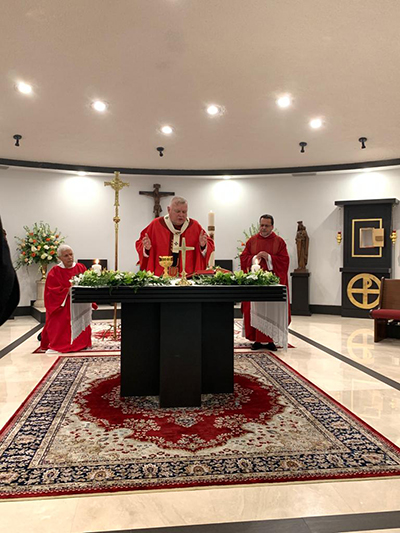 Archbishop Thomas Wenski celebrates Mass in the chapel of Mother of Christ Church in Miami, where he consecrated the new altar during the vigil Mass May 30, 2020. At right is Mother of Christ's administrator, Father Jorge Carvajal-Nino.

MIAMI | On the vigil of Pentecost, the weekend when Masses with the public resumed in the archdiocese, Archbishop Thomas Wenski consecrated the new altar in the chapel of Mother of Christ Church in Miami.

The parish, located in southwestern Miami-Dade County, was founded in 1983. This was the first remodeling done at the church since the dedication of its parish hall in 1990, said Father Jorge Carvajal-Niño, parish administrator. He noted that the chapel "had greatly deteriorated" and was completely remodeled.

"We changed the altar because (the old one) was too tall and we put in this one made of wood. We also made a new tabernacle because the one we had was too small," he said.

Also installed: a new acoustic and thermal ceiling, a marble floor — a gift from a parishioner — and circular pews that expanded the seating capacity of the chapel to 130. The remodeling was done in a month-and-a-half, with its $30,000 cost covered by two parish families.

The consecration Mass, May 30, 2020, was the first to be celebrated by Archbishop Wenski since the suspension of Masses with the faithful in mid-March. (Read his homily here.)

While adhering to social distancing, 32 representatives of 20 parish ministries were on hand for the dedication Mass.

"It was very moving," Father Carvajal-Nieto said. "Many of the faithful had never before seen how an altar is consecrated." 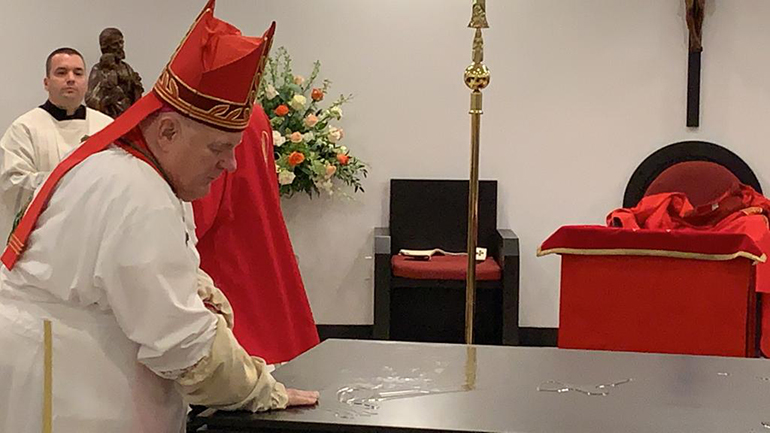 Archbishop Thomas Wenski uses oil to anoint the new altar in the chapel of Mother of Christ Church, Miami, during the vigil Mass and consecration ceremony May 30, 2020.

Other News from Mother of Christ Church