'As long as I'm making films, I'm going to be happy' 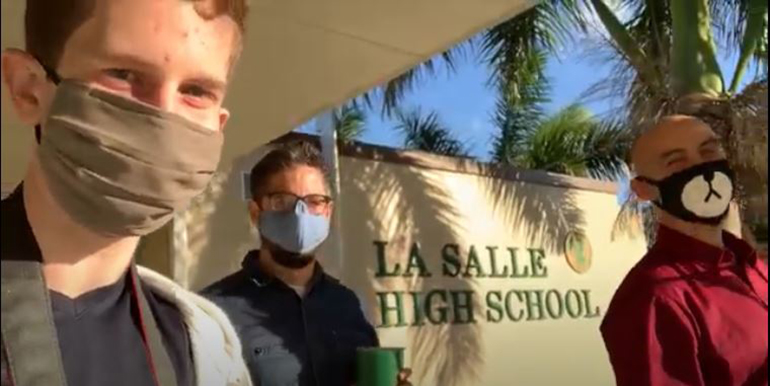 After a filming session of "Showdown," a screenshot from Immaculata-La Salle High student Sean Betancourt's vlog captures a behind-the-scenes moment with his teachers, Eugene Cruz and Tony Mendez. The short film, part anime and part live action, was created by Sean and will be released before the end of 2021.

MIAMI | It is not every day that an anime character from a Japanese manga series faces off with a high school math teacher from Immaculata-La Salle in Miami. Their conflict: the right to moderate the anime club at the school. A duel arises between the two, a battle of good versus evil, animation versus flesh and blood. Who wins?

Students and faculty at Immaculata-La Salle will have to wait a little longer to find out.

“Showdown,” a short film combining animation and live action, is the creation of Sean Betancourt, a senior at Immaculata-La Salle. It stars the school’s math teacher, Eugene Cruz, along with Tony Mendez, moderator of the school’s TV channel (LTV) and teacher in the Fine Arts Department, and students from the anime club. The villain, Dio Brando, is a fictional animated character from the show “Jojo’s Bizarre Adventure.” 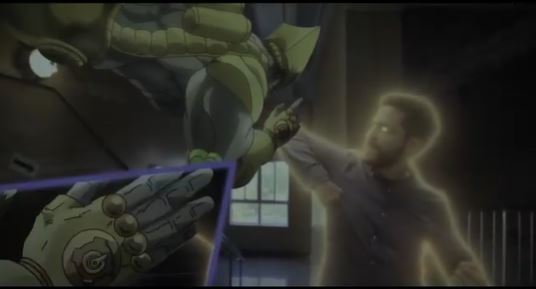 An epic battle: Villain Dio Brando and teacher Eugene Cruz face off for the right to be anime club moderator at Immaculata-La Salle High School in "Showdown." The short film, part anime and part live action, was created by Immaculata-La Salle senior Sean Betancourt, and will be released before the end of 2021.

“It is a long ambitious story,” said 17-year-old Sean, who has dedicated 10 months to the project. The high school’s STEAM Digital Arts Focus helped him learn about the filmmaking process.

“Now, besides acting and voice overs, I do everything myself. I direct, produce, do cinematography, and edit,” said Sean.

Mendez, an award-winning filmmaker, also played a significant role in Sean’s journey with “Showdown,” sharing tricks of the filmmaking trade. Sean joined Mendez’s Digital Video Level 1 class his sophomore year, when he was at a crossroads between engineering and filmmaking.

“He found this and found a new passion for it. He became very dedicated very quickly. At that point, he told me he wanted to do this fulltime,” said Mendez.

Around that same time, Sean and another classmate considered starting an anime club, the first in the school’s history. He turned to Cruz, his math teacher, to moderate. While not an anime fan at the time, Cruz took a leap of faith, and admits “it’s been a lot of fun.”

“I could feel that this was something that was coming up, and it relates to this generation a lot. I’m learning everything about it through Sean and the other kids in the club,” said Cruz.

The 30 or so students in the club meet every Friday after school.

“We watch anime and relax, and literally that’s all we do. But everyone gets so into it that we have presentations and discussions,” said Cruz. 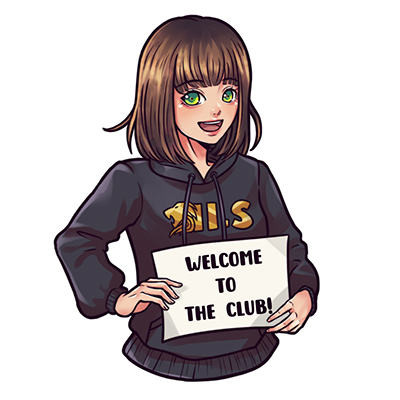 Conversations are interesting because students tend to analyze the shows based on the knowledge they have acquired from their own academic programs at Immaculata-La Salle.

“Students in the arts will look at it from the perspective of the arts. Engineering students will look at how it was made, the different technologies, the companies behind the anime. The kids really get into it,” said Cruz.

A lot of regularly quiet and shy students are in the club, where Cruz said they are anything but. “You see kids find their voice. Students have come together because of this and have become good friends.”

That speaks to Sean.

“When people talk about anime, they think it’s these weird Japanese cartoons, but really, it’s more than that. Thousands, maybe millions are dedicated to anime out there. There are communities and conventions,” he said. “That’s what makes the club so special. It’s not just anime, it’s about connections, it’s about friendships.”

FROM CLUB PROMO TO SHORT FILM

Establishing a club at Immaculata-La Salle requires a promotional video. To promote the anime club, Sean created a minute-and-a-half-long trailer with the same premise of “Showdown,” having the character Dio faceoff with Cruz over who was going to moderate the club.

“We’re talking hours of work. He would take video of me. Then work frame by frame and cut it up perfectly. He was committed,” said Cruz. 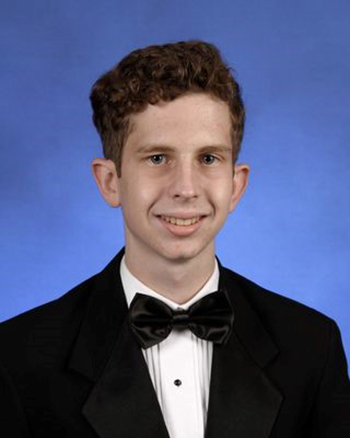 Immaculata-La Salle senior Sean Betancourt is the creator of "Showdown," a short film, part anime and part live action, that will be released before the end of 2021.

Unlike some of the other schools where he previously worked, Cruz said that students at Immaculata-La Salle actually watch the daily morning announcements, produced by students on LTV, the school’s channel. “They make them interesting, and they’re very creative,” said Cruz.

When the promo for the anime club premiered, students raved. Even the principal, Salesian Sister Kim Keraitis, made an announcement praising the production.

“That day, I realized I love making short films. And it wasn’t until recently where I realized that I need to make films. It’s not just something that I love doing for fun. It’s a way for me to tell stories and I need to tell them out there,” Sean said.

He started planning a sequel for the trailer that quickly outgrew his expectations. He came to Cruz and Mendez with the idea, and they gave their blessing.

“When he told me about this project, I knew this was something where he needed me to be there, and I knew I needed to be patient because he was figuring things out as he was going along,” said Cruz, who acted about 50 hours for the film.

Production took place during the fall and winter of 2020 and 2021, despite the COVID-19 pandemic, with the necessary precautions in place.

At the start of this school year, Sean asked Mendez if he could show a trailer for “Showdown” on LTV, as well as on the school’s Instagram page. With blaring horns in the soundtrack, cinematic cuts of Dio and Cruz staring each other down, and a deep, guttural voice announcing, “The time has come,” the clip garnered over 1,400 views on Instagram.

As Sean wraps with post-production, he looks forward to the film’s release.

“It’s taken me to places,” he said. The process has allowed him to develop industry level skills and also encouraged personal growth. “I realized that I was being ungrateful for a lot of stuff, and it was damaging.”

"Showdown," the short film, part anime and part live action, created by Immaculata-La Salle senior Sean Betancourt, will be released before the end of 2021.

He said he learned to find a balance between academics, family, friends, filmmaking, the anime club, and the gym. He’s even started going to church at Little Flower in Coral Gables.

“Whenever I don’t have the answers to something, I just pray, and let God deal with all the problems,” he said.

Sean also has dealt with anxiety and depression. He’s become an advocate for mental health and believes there should be no stigma around those conversations. He would like to tackle such difficult subjects in future projects.

“Even if people can’t handle it, or understand it fully, I want to dive into the topics that not everyone wants to talk about; the stuff that’s uncomfortable and dark because in those things there’s a lot of meaning,” said Sean.

He is now working with another student filmmaker at Immaculata-La Salle who is producing a short film about appreciating time and life. Looking at his own, Sean said he knows that filmmaking will be a large part of it.

This article originally appeared in the November print edition of the Florida Catholic. 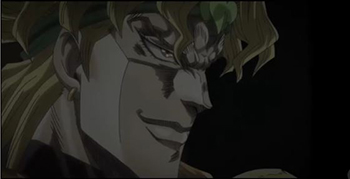 Anime villain Dio Brando challenges Immaculata-La Salle High School teacher Eugene Cruz for the right to be anime club moderator at the school in "Showdown." The short film, part anime and part live action, was created by Immaculata-La Salle senior Sean Betancourt, and will be released before the end of 2021. 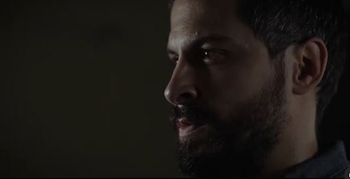 Immaculata-La Salle High School teacher Eugene Cruz challenges anime villain Dio Brando for the right to be anime club moderator at the school in "Showdown." The short film, part anime and part live action, was created by Immaculata-La Salle senior Sean Betancourt, and will be released before the end of 2021.