MIAMI | Staying connected with isolated elderly and children seemed to be a theme this year among the archdiocesan graduates who won Silver Knight awards — and who can blame them, since half of their high school years were spent in pandemic mode.

That concern for others, including the environment, led to seven Silver Knight awards and 16 honorable mentions for graduating seniors from 9 of the 13 Catholic high schools in the archdiocese. The Silver Knights are The Miami Herald’s annual tribute to students who excel at both academics and community service.

Belen Jesuit Prep, Our Lady of Lourdes Academy and St. Brendan High School in Miami had one winner each, with Belen adding an honorable mention. Carrollton School of the Sacred Heart in Coconut Grove had two honorable mentions, followed by one each from Archbishop McCarthy in Southwest Ranches, Cardinal Gibbons in Fort Lauderdale and Chaminade-Madonna College Prep in Hollywood.

One winner in each category was selected from each county, along with three honorable mentions. The 30 winners received a $2,000 scholarship from the Herald Charities Foundation, a special medallion and a Silver Knight statue. They also received 25,000 American Advantage miles, good for one round-trip flight in the continental United States, courtesy of American Airlines. The 90 Honorable Mentions receive a plaque and a $500 scholarship from the Herald Charities Foundation.

The awards were presented May 26, 2022 at Miami’s James L. Knight Center, after two years of virtual ceremonies due to the pandemic. This was the 64th Silver Knights presentation. Past winners include Bill Conti, Academy Award-winning composer of the themes from “Rocky” and “The Right Stuff” (Music, 1959) and Amazon founder Jeff Bezos (Science, 1982). The newest Supreme Court justice, Ketanji Brown Jackson, received an honorable mention for Drama in 1988.

Here are brief summaries of the winners’ achievements (in alphabetical order by category), followed by the list of students who earned honorable mentions. Most of the summaries are taken from The Miami Herald’s Silver Knights site (https://bit.ly/3Q4mezf), with some additional information provided by the schools. 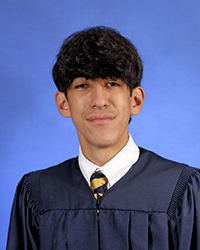 Carlos, better known as CJ, founded the Abuelos Foundation with support from his brother, family and friends in memory of his grandmother, who died in 2015. The foundation connects fixed-income seniors, often isolated, with student volunteers. Carlos has organized, supervised and completed all projects with students from Belen, Carrollton, Doral Academy, Gulliver Prep, Lourdes, Columbus, Coral Gables, Msgr. Edward Pace and St. Brendan high schools. The students, viewed as “nietos” or grandchildren, deliver groceries or hot meals, flowers and visit or write to more than 100 seniors. During the pandemic, CJ and the volunteers made more than 1,000 deliveries and visits. A four-sport athlete, CJ was named to the second team, All-County, for varsity bowling and was a member of Belen’s varsity cross-country team, which won regional, district and state championships. 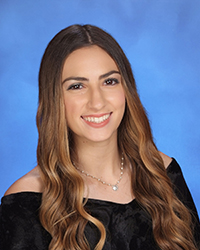 Sofia Tapanes of Our Lady of Lourdes Academy won the Silver Knight in Digital & Interactive Media for her project, Story Time Smiles, which provided patients at Nicklaus Children's Hospital with educational enrichment and entertainment.

Sofia’s service project, Story Time Smiles, aims to enhance literary opportunities by promoting childhood literacy in children’s hospitals. An active volunteer at Nicklaus Children’s Hospital, she started creating simple self-taped recordings of read alouds for children’s books for the patients when visiting restrictions were implemented as a result of the pandemic. This initiative not only provides educational enrichment in a lonely patient’s life, but also entertainment that can brighten their day. To reach more patients, she engaged the help of volunteers from various area high schools to create their own read aloud videos. The hospital now uses the videos created by Story Time Smiles in a segment on their internal channel. Sofia was a member of the National, English, Science, Mu Alpha Theta and Rho Kappa honor societies, and of the Mindo Cares, STEM, Physics, SWENext, Health Professionals and Key clubs. She also was a member of the varsity track & field team, Student Council and a peer minister. 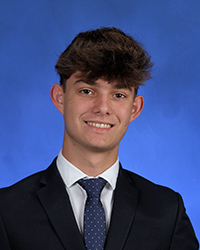 Hans Bendixen of Christopher Columbus High School won the Miami-Dade County Silver Knight in General Scholarship. He and his brother co-founded Faith Over Fear, which raised $ 15,000 to benefit vulnerable communities in Nicaragua.

Along with his brother, Hans founded Faith Over Fear, which raised $15,000 to benefit vulnerable communities in Nicaragua, where his parents were born. The group sold T-shirts displaying positive messages; each shirt sold provided food for a family of five in Nicaragua for a month. The brothers donated the funds to the American Nicaraguan Foundation, which assisted Nicaraguans affected by the pandemic, political turmoil and hurricanes. His family also partnered with La Casita Foundation to provide nearly 100 care packages with learning materials for children, cleaning supplies and food. Hans was a member of the Mas Scholar program, ranking among the top 10% of his senior class. He also was a member of the math, science and Spanish honor societies. 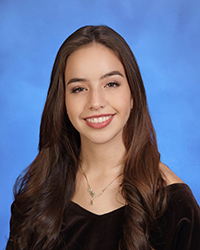 Ivana Rebeca co-founded Foster the Grove, an environmental conservation project that seeks to educate the community while organizing cleanups, planting mangroves and advocating for environmental policy changes. What started as a conversation with her best friend grew into a project involving two schools and many partners, including Miami Waterkeeper, Sendit4thesea, SeaMeClean, Biscayne Bay Foundation and Watershed Action Lab, among others. Through Foster the Grove, she and her co-founder started a mangrove nursery, planting about half of the mangroves on an island in front of the Shake-A-Leg marina in Coconut Grove. She is a National Merit Commended Scholar, National Hispanic Scholar and AP Scholar with Distinction. 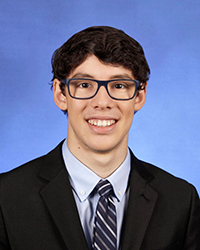 Juan Pablo founded Golden Smiles in honor of his grandmother, who was diagnosed with Alzheimer’s disease before she died. Through Golden Smiles, he visited residents of Sweet Life Elderly Day Care every Tuesday and led music recognition competitions, poetry recitations, mandala coloring, trivia tournaments and Bingo — all in Spanish. Juan Pablo was president of the Sociedad Honoraria Hispánica, the Spanish Honor Society, through which he as coordinated Spanish tutoring services for students. As a member of the school’s CCNN Live network, he produced broadcasts that captured the “Patria y Vida” movement in Miami and produced a documentary, “Sabores de España,” which captured Spain’s culinary scene and won a Suncoast Emmy. 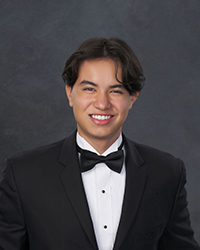 Justin Ruf of St. Thomas Aquinas High School won the Broward County Silver Knight in Digital & Interactive Media. He invented the SpeakEasy, a device that makes it easier for people with dementia to talk to loved ones.

During the pandemic, Justin and his father had little communication with his grandparents, who had dementia, were hospitalized and could not operate the hospital phone. Nor were visitors allowed due to COVID-19. That inspired him to invent the SpeakEasy, a device that makes it easier for people with dementia to talk to loved ones. The prototype includes a phone, amplified speakers and a single button to call a set number. It also includes a feature where if a “call me now” text comes in, it automatically calls that number. Justin and his family talked to his grandmother using SpeakEasy the day before she died, telling her how much she meant to them. “Looking back, I now realize the gift my family received being able to stay connected with Nonna during her final hours,” he wrote in his Silver Knight application. 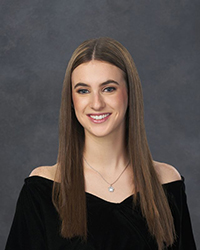 Caroline created the Foster Friends Club at her school to mentor foster children in Broward, with a focus on helping them boost their reading so they can pursue their education. “Literacy is the ultimate equalizer,” she said on her Silver Knight application. She was motivated to start the club after learning that during the pandemic many foster parents had stopped taking in children and social worker visits transitioned to Zoom. Foster Friends has 190 members who tutor students on their reading, while organizing drives for school supplies, pajamas and personal hygiene items. Caroline served as president of Campus Ministry and co-vice president of her school’s National English Society chapter. She’s also vice president of Florida Girls Giving Back, a nonprofit that supports disadvantaged women and girls.