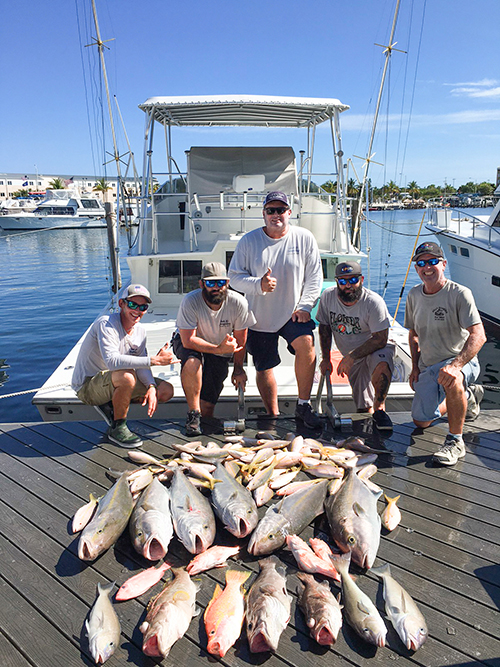 KEY WEST | Career fishermen like Captain Billy Wickers III were suffering for lack of business during the coronavirus lockdown. Meanwhile, food banks were scrambling for ways to feed needy seniors in the Florida Keys.

But the two problems have helped solve each other, thanks to "St. Peter's Fleet," a new program of the SOS Foundation, based on Stock Island. The Fleet partners with local fishermen willing to work at a reduced wage plus ship expenses in exchange for their fish haul.

Result: a new source of local food for SOS' clients, while captains and crew get back to work.

“God bless them, because it's a tough life,” said Thomas Callahan, executive director of the foundation, formed with participation of Basilica of Mary Star of the Sea in Key West. SOS supports a food pantry, community kitchen and nutrition education program for churches and community groups through the Middle and Lower Keys.

Callahan said many of the fishermen have registered for unemployment benefits, but they haven't been getting checks. “They are really hurting. We are blessed to be able to give them this opportunity."

The new arrangement is a boon to people like Wickers, a fourth-generation Florida fisherman who owns two 45-foot charter fishing yachts affiliated with the Key West-based Linda D Sportsfishing.

“This time of year, we are usually out on the boat almost every day,” he said. "The program is giving the crew a chance to work." 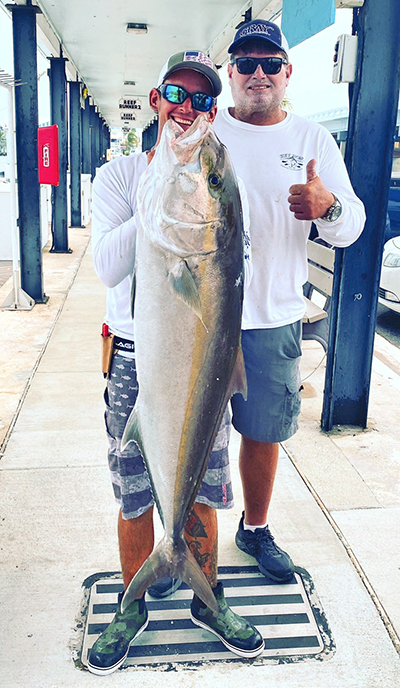 A.J. Staggs, a crew member of the Key West-based Linda D Sportsfishing charter boat, left, displays a fish he caught recently as part of the St. Peter's Fleet partnership with the SOS Foundation and local charter boats. With him, at rear, is Captain Billy Wickers III, business owner.

This should be the high tourist season for sport fishing in the Keys; but in March, Wickers and other local fishermen saw their livelihoods evaporate because of the COVID-19 quarantine. The pandemic-driven lockdowns and business closures halted the entire tourism economy in Monroe County.

At the same time, Callahan was striving to secure sources of food donations and meals-to-go that would supply an array of charitable drive-up food distributions, meal deliveries to the homebound and to elderly care centers.

He thought about buying peanut butter when the idea of St. Peter's Fleet came to him. Now, the fleet totals eight ships with crews of three to five each, a number that's growing as word spreads.

Some of the crews are now working six days a week, up to 10 hours a day. SOS Foundation pays the captains a flat rate of $300 per trip, covering fuel, bait, chum, ice, tackle and other supplies. Crew members are paid about $16 an hour for their time.

That's about half the rate they made last year, according to Wickers. He said that he and other fishermen try to save for the summer, to tide them through hurricane scares.

“We are going to make it through, obviously," Wickers added. "But it stinks that this pandemic has shut the economy down throughout the whole world.”

Local donors have been contributing to get the SOS project moving while grant requests work their way through the system. And quick action from the Florida Fish and Wildlife Conservation Commission reportedly now allows the charter fishermen to increase their daily haul of select fish. Some of the vessels report returning with 300 to 500 pounds of snapper, tuna, swordfish, kingfish and amberjack.

The Fishbusterz Retail Seafood Market on Stock Island has been doing the meal prep and cooking as part of the St. Peter’s Fleet arrangement. Most of the meals are going out to senior centers and church meal distributions for the homebound. 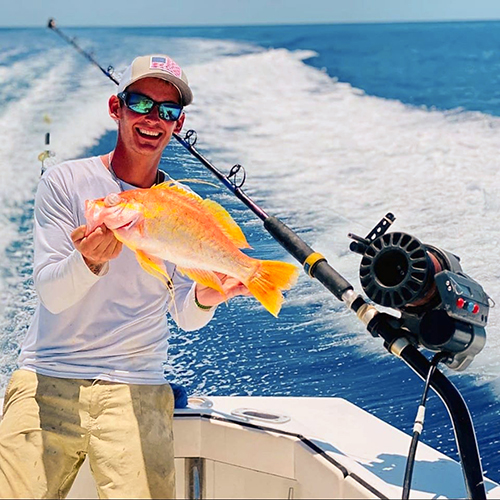 Some 40 cooked meals a day make their way to St. Mary Star of the Sea, along with Baptist and other churches. And some 200 seniors under lockdown at Henry Haskins Seniors Housing have been getting fresh fish.

Father John Baker, pastor of St. Mary Star of the Sea and a board member of the SOS Foundation, said he heard about the St. Peter’s Fleet proposal back in March but wasn’t sure if it would take off.

“It is a tough time and a capricious virus, but this (program) is just ingenious,” Father Baker said of Callahan's project.

Some of the uncooked fish has been shipped north to St. Justin Martyr Parish in Key Largo for its weekly meal distribution program.

Callahan said he was especially happy to give work to local sea captains and their crews.  “They are just really happy to be making a little bit of money helping and doing what they love. They leave at the crack of dawn and don’t get back until 4:30 p.m.”

Meanwhile, the State of Florida has lifted road blockade checkpoints into the Keys, and local hotel and tourism businesses have begun to re-open. But no one expects the activity level to normalize soon.

“I don’t believe we are going to see streams of tourists heading down here,” Callahan said. “People are nervous about going out and spending money. It's going to take a while before these guys see a significant improvement in their business.”

Articles(45)
Basilica of St. Mary Star of the Sea