St. Gregory School screens film on drugs and children, 'What about the kids?' 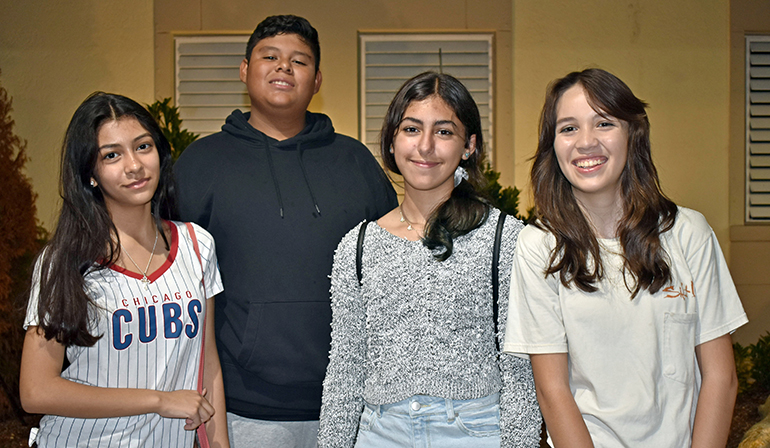 Four eighth-graders praised the anti-drug film "What About the Kids?" after the screening at St. Gregory School in Plantation on Sept. 16, 2022. From left are Jenna Tucci, Nicholas Leon, Harley Rojas and Samantha Smith. 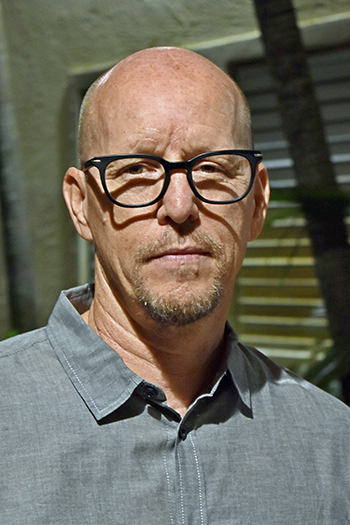 Producer Jim Wahlberg brought his film "What About the Kids?" to St. Gregory School in Plantation on Sept. 16, 2022.

But what about the smallest victims? The ones who watch their parents waste away, and sometimes pass away? What about the kids?

That's the question raised in a short feature film shown Sept. 16, 2022 at St. Gregory School. What About the Kids? brought about 250 people to the school gym, including students, parents, and other adults.

They heard first from producer Jim Wahlberg, a South Florida resident, who attended in person.

“We are under attack in this country,” said Wahlberg, an avowed recovering addict himself. “Nothing can destroy your family faster than addiction.”

But the audience seemed even more affected by his 37-minute film. Produced in south Broward County, the story centers on 8-year-old Chloe, whose parents are addicts. One parent dies, the other goes into rehab. And the child has to endure gossip she overhears at the funeral.

Catholics should be more redemptive than that, Archbishop Thomas Wenski says in a cameo appearance. As the preacher for the funeral, he urges compassion for addicts, rather than rejection.

“We need to do so much more as a faith community, and as a society, to take care of our sick,” he says in the sermon, filmed at Annunciation Church in West Park. “We need to lift those suffering with addiction up, and not to tear them down.” 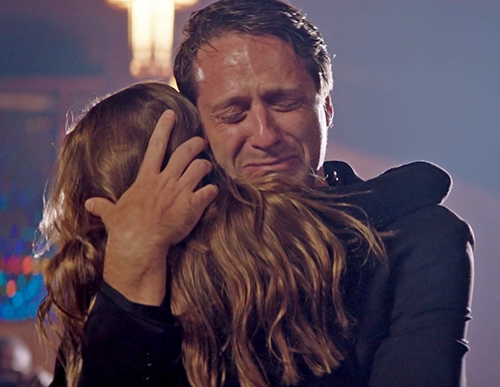 Chloe tearfully embraces her father in the anti-drug film "What About the Kids?"

Chloe goes to live with her grandparents, who are facing their own issues of health and finances. She also gets into trouble at public school, where her teacher is unable to deal with her from a spiritual perspective.

Worse, the addiction reopens old wounds between the grandparents and the surviving parent. It’s a cinematic slap at the attitude toward drug use as a “victimless crime.”

In the end, everyone is driven to their knees in prayer.

Drugs are an even worse problem than the film showed, according to Wahlberg. He noted that more than 100,000 Americans died of overdoses in 2021. And most of them involved opioids like fentanyl, which Wahlberg said is 150 times stronger than heroin.

What About the Kids?came out in 2018, but showings were curtailed by the COVID pandemic. Since lockdowns have eased, Wahlberg has hosted seven screenings.

The film also can be viewed free at a link on the film’s website.

In spreading the word, Wahlberg said parents are the biggest frustration. “The hardest thing has been to get parents to come out of the house and listen. And it’s not just because they're tired after work. Ignorance is bliss.”

But some parents did come to the Sept. 16 screening with their children. Among them was Nina Annable, who brought her daughter, Alessandra.

“It was sad,” said Alessandra, 9, a student at St. Bonaventure School in Davie. “But I liked it that (Chloe) found out about prayer.” 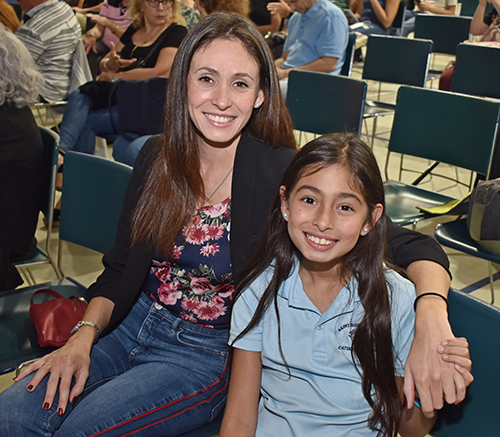 The film "What About the Kids?" was touching and innovative, said Nina Annable, who brought daughter Alessandra to the screening at St. Gregory School in Plantation on Sept. 16, 2022.

Her mother admired the compassionate treatment of people caught in addiction. “It was touching,” she said. “And it’s important to see from your child’s perspective. We need to deal more with that.”

Julie Castro, a parishioner at St. Gregory, said the film hit home for her – a relative is a recovering addict.

“Every middle school and high school should show this movie,” Castro said. “Students need to know that addiction can destroy not only themselves, but their families.”

Several eighth-graders at St. Gregory School likewise gave points to What About the Kids? They said the emotional facet – going beyond mere facts about drugs – was effective.

“Most drug movies just get to the point,” Nicholas Leon said. “This one showed what happens to the family.”

Samantha Smith agreed. “It wasn't like other movies. This one had a purpose. A lot of people want to copy the popular kids, but ...”

Her friend Harley Rojas finished the thought. “They might look cool now, but what about the future, when they're sick and they can't be there for their family?”

Jenna Tucci was touched “when the father was afraid he would lose his daughter. And he already lost his wife.”

In addition to the film, the WATK site has facts on addiction and links to recovery resources like Catholic in Recovery and Narcotics Anonymous. Wahlberg especially recommended Hope Reborn, a Catholic community for addicts.

“I've known a lot of kids who had to say good-bye to their parents,” Wahlberg told the audience at St. George. “This is an opportunity for your parish to have a conversation. Remember, nothing is too big for God.” 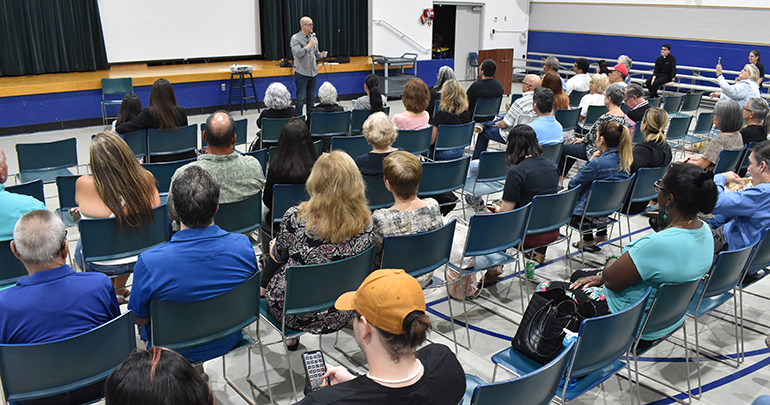 "Nothing can destroy your family faster than addiction," producer Jim Wahlberg says in introducing his film "What About the Kids?", screened Sept. 16, 2022 at St. Gregory School in Plantation.